The causes and pathogenesis of atresia of the bile ducts are not completely clear. In most cases with atresia, the bile ducts are formed, but their patency is impaired due to obliteration or progressive destruction. The most common cause of obstructive cholangiopathy are intrauterine infections (herpes, rubella, cytomegaly, etc.) or neonatal hepatitis.

In about 20% of children, atresia of the bile ducts is combined with other developmental abnormalities: congenital heart defects, incomplete bowing of the intestine, asplenia or polysplenia.

Classification of atresia of bile ducts

The location and level of obstruction of the bile ducts are the determining factors influencing the choice of surgical technique.

Symptoms of atresia of the bile ducts

Children with atresia of the bile ducts are usually born full-term with normal anthropometric parameters. On the 3-4th day of life, they develop jaundice, but unlike the transient hyperbilirubinemia of newborns, jaundice with biliary atresia lasts long and gradually increases, giving the baby’s skin a saffron or greenish tint. Usually, atresia of the bile ducts is not recognized in the first days of a child’s life, and the newborn is discharged from the hospital with a diagnosis of prolonged physiological jaundice.

By the end of the first month of life, a decrease in appetite, mass deficiency, weakness, skin itch, and delayed physical development. At the same time there is an increase in the liver, and then – the spleen. Hepatomegaly is a consequence of cholestatic hepatitis, against the background of which biliary cirrhosis quickly develops, ascites, and by 4-5 months – liver failure. Impaired blood supply to the liver contributes to the formation of portal hypertension and, as a result, the esophageal varicose veins, splenomegaly, and the appearance of the subcutaneous venous network on the anterior abdominal wall. In children with atresia of the bile ducts, hemorrhagic syndrome is observed: petechial or extensive hemorrhages on the skin, bleeding from the umbilical cord, esophageal or gastrointestinal bleeding.

It is imperative that atresia of the bile ducts be detected by a neonatologist or pediatrician as early as possible. Persistent jaundice and acholic stools should bring the pediatric specialists to the idea of ​​the presence of bile duct atresia in the child and make him take the necessary measures to clarify the diagnosis.

Already from the first days of life, the levels of biochemical markers of the liver, primarily bilirubin (first by increasing the direct fraction, later by the prevalence of indirect bilirubin), alkaline phosphatase, gamma glutamyl transferase, increase in the blood of the newborn. Anemia and thrombocytopenia gradually develop, PTH decreases. With atresia of the bile ducts in the baby’s feces there is no sterkobilin.

Ultrasound of the liver, spleen and biliary tract allows you to assess the size of the organs and the structure of the parenchyma, the condition of the gallbladder, the extra-and intrahepatic bile ducts, the portal vein. Usually, in atresia of the bile ducts, the gallbladder is not detected or visualized as a cord, the common bile duct is also not detected. Informative methods to clarify the diagnosis are percutaneous transhepatic cholangiography, MR-cholangiography, static liver scintigraphy, dynamic hepatobiliary system scintigraphy.

The final confirmation of bile duct atresia can be achieved by performing diagnostic laparoscopy, intraoperative cholangiography, liver biopsy. The morphological study of the biopsy helps to clarify the nature of the lesion of hepatocytes and the state of the intrahepatic bile ducts.

Atresia of bile ducts in children should be differentiated from jaundice of the newborn, congenital giant cell hepatitis, mechanical blockage of the biliary tract by mucous or biliary plugs.

An important condition for the success of treatment of atresia of the bile ducts is a surgical intervention at the age of up to 2-3 months, since in older patients the operation is usually unsuccessful due to irreversible changes.

In case of obstruction of the common bile or hepatic ducts and the presence of suprastenic enlargement, choledochoenteroanastomosis (choledochojejunostomy) or hepaticojejunostomy with a loop of the jejunum is performed. Complete atresia of extrahepatic bile ducts dictates the need to perform portoenterostomy by Kasai – the imposition of an anastomosis between the gate of the liver and the small intestine. The most frequent postoperative complications are postoperative cholangitis, liver abscesses.

In severe portal hypertension and recurrent gastrointestinal bleeding, portocaval bypass can be performed. In the case of progressive liver failure and hypersplenism, the issue of liver transplantation is resolved.

In general, the prognosis of atresia of the biliary tract is very serious, since cirrhotic changes in the liver are progressive. Without surgical care, children are doomed to die within 12-18 months.

It is very important to identify clinical manifestations of biliary atresia (persistent jaundice, acholic feces) in the neonatal period and to carry out early surgical treatment. In most cases, choledokhodigestive anastomoses or hepatic anastomoses can prolong a child’s life by several years and delay the need for liver transplantation.

Without timely surgical care, children with atresia of the bile ducts die during the first months of life from esophageal bleeding, liver failure, or infectious complications. 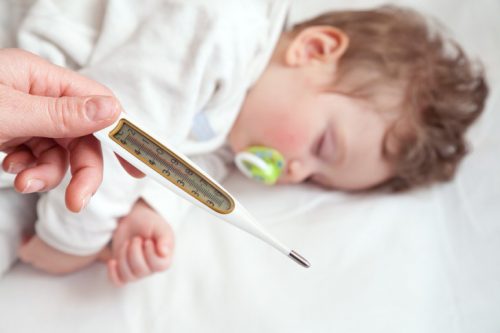 What temperature and after vaccination is considered normal? 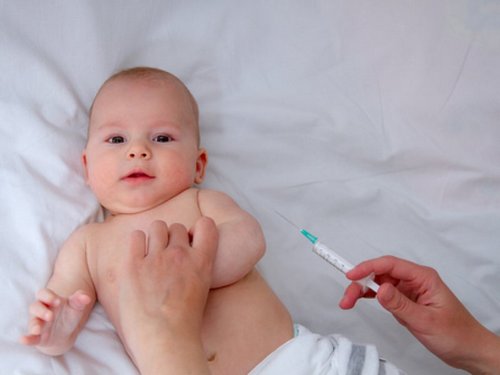 How many polio vaccinations do?