Your new resident is nearly an inch long – about the size of a grape – and weighs just a fraction of an ounce. She’s starting to look more and more human. Her essential body parts are accounted for, though they’ll go through plenty of fine-tuning in the coming months.

Other changes abound: Your baby’s heart finishes dividing into four chambers, and the valves start to form – as do her tiny teeth. The embryonic “tail” is completely gone. Your baby’s organs, muscles, and nerves are kicking into gear. The external sex organs are there but won’t be distinguishable as male or female for another few weeks. Her eyes are fully formed, but her eyelids are fused shut and won’t open until 27 weeks. She has tiny earlobes, and her mouth, nose, and nostrils are more distinct. The placenta is developed enough now to take over most of the critical job of producing hormones. Now that your baby’s basic physiology is in place, she’s poised for rapid weight gain.

You still may not look pregnant even if your waist is thickening a bit. You probably feel pregnant, though. Not only are morning sickness and other physical symptoms out in full force for most women, but you may feel like an emotional pinball as well.

Mood swings are common now – it’s perfectly normal to feel alternately elated and terrified about becoming a parent. Try to cut yourself some slack. Most women find that moodiness flares up at around six to ten weeks, eases up in the second trimester, and then reappears as pregnancy winds to a close.

Decision Guide: When to tell at work?

Some women spill the baby beans at work right away. Others wait as long as they can for fear that their pregnancy will affect how their boss or co-workers view them. Many women wait until they’re in their second trimester, when their pregnancy is well established and the risk of miscarriage has declined significantly. What’s the best time for you to announce? Here are some factors to consider:

Are you having any complications?

If you are, and you have frequent visits to your caregiver or are very preoccupied, you might feel relieved if you told your colleagues early in your pregnancy.

How sick are you?

If you’re suffering from near-constant nausea or frequent vomiting, you may have to tell your supervisor about your pregnancy earlier than you’d prefer. Before you tell her, figure out what you want: Compassion? Time off? A flexible schedule until you get through the worst of it? Ask for what you need and then assure her that most women feel better by the end of the third month.

Is your job strenuous or potentially dangerous?

For your baby’s sake and your own, you’ll probably want to come clean early on. Making your announcement right away will allow you to talk about changing your job responsibilities in a timely manner.

Will your supervisor and colleagues be supportive?

This will depend on your workplace culture, the extent to which your workplace has been affected by other women’s pregnancies, and your relationship with your supervisor. If you’re confident that your employer will handle the news in a professional manner, announcing your pregnancy early means you can take advantage of any employer-provided services that can help make your pregnancy healthier and less stressful.

Unfortunately, some employers may be less than enlightened about pregnant employees. If you’re concerned about your employer’s reaction, proceed cautiously, and consider waiting to tell your boss until you’re starting to show. You might also want to quietly take aside a colleague who’s been pregnant at work and ask her how she was treated.

Finally, be aware of your legal rights. A federal law called the Pregnancy Discrimination Act (PDA) prevents covered employers from firing, demoting, or compensating women differently just because they’re pregnant. In addition, many states have similar laws that prohibit discrimination against pregnant women.

What do most women do?

Here’s when thousands of BabyCenter members announced their pregnancies at work:

The good news: The vast majority had a positive experience – 83 percent said their boss was supportive when they revealed their baby news.

Start a daily ritual to connect with your baby. Diane Sanford, a clinical psychologist who focuses on pregnancy and postpartum adjustment, encourages women to set aside two five- to ten-minute periods a day to think about their baby. Just after waking up and before going to sleep works well for many expectant moms. During these times, sit quietly and gently rest your hands on your belly. Focus on your breathing and then start thinking about your baby (your hopes and dreams, your intentions as a parent, etc.). It’s a great way to initiate the bonding process and to help you plan for the kind of parent you want to be. 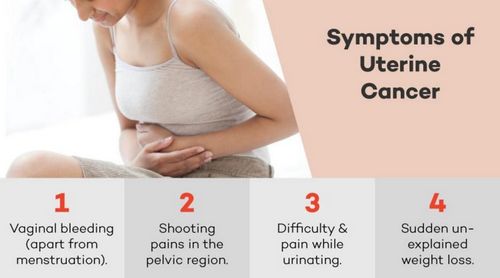