Having become the mother of a beautiful newborn baby, a woman does not cease to be the most beloved and desired for her husband. The happy mommy with the baby in her arms was taken home from the hospital, all the hardest is behind, the beautiful moments are captured in the photo and video, the baby is napping sweetly in his cradle…

It would seem that everything is as usual good and calm. However, the newly made dad continually casts impatient glances at his wife’s enlarged breasts, at her feminine figure. His kind eyes radiate a single question: “when?”.

A man is impatient to once again experience the pleasant sensations of intimacy with his beloved person, and he is exhausted from impatience when he can satisfy his needs. But what kind of sex is he after childbirth and what can be expected from him?

When postpartum sex is safe

Doing standard recommendations for young mothers at discharge, doctors advise restricting sex after childbirth and refrain from sexual intercourse for 4-6 weeks. This time is necessary for the woman’s uterus to acquire its original shape and return to its original position, and its mucous membrane will be restored. And also during this period, wounds and fissures formed during childbirth, places of vaginal ruptures, sutures will heal.

So, having sex after childbirth moves a month in advance, and this rule is the same for both those who gave birth on their own, and for those who have had a cesarean section. However, all the medical recommendations taken together are only general rules. In fact, the question of when the first sex after childbirth takes place, each couple must decide individually. The female body itself gives clues about what it needs, what it can. If you feel good, do not worry about discomfort in the crotch area, you have a desire to have sex – it means that you do not have to wait a month (although this, of course, is desirable) – after 2-3 weeks you can resume physical closeness. However, it is still worth consulting with a gynecologist about this. There are women who feel just fine after giving birth and, as statistics and reviews show, 40% resume sex much sooner than a month later. However, most women still experience difficulties. In 40% of young mothers, sexual life after childbirth does not become full within three months, and in 18%, difficulties with sex continue throughout the year.

One of the reasons is the fear of the first sex after childbirth, namely – women are afraid to feel discomfort, pain, worry about the integrity of the postpartum sutures. In fact, the skin in intimate places after childbirth becomes tender, sensitive to external pressure. Especially pronounced are the sensations of touching in places at the entrance to the vagina and in the perineum. You can also cause pain through touching the seams.

Therefore, when planning your first sex after childbirth, it is better to wait a month until everything heals and the body is completely restored. If you decide to take a chance – remember that in this case you need to have sex carefully, taking all precautions so as not to cause pain, not cause discomfort, and avoid undesirable consequences.

The first time after childbirth, a woman may feel some internal fear during intercourse, as a result of which she will begin to provide unconscious resistance to the penetration of the partner inside herself. For this reason, when resuming sex after childbirth, you need to relax as much as possible during sexual intercourse. The most optimal postures in which postpartum sex is convenient, since it is possible to control your own movements, is when the woman is on top or when both partners are located face to face. The pleasure of having sex after childbirth

If you adhere to generally accepted norms and consider that sex is possible no earlier than a month after the birth, then reinsurance is the best in this case. However, remember that restrictions apply only to natural sexual intercourse. Intimate life after childbirth can have a slightly different focus: caress each other, kiss, hug – no one forbade this, and after childbirth it can be done in unlimited amounts, thus replacing natural sex.

If you want to experience just pleasant tender feelings, to feel closeness to each other – look together at the photos and videos taken during pregnancy and at discharge, recall all the significant moments for both of you. Abstaining for a month and a half from physical intimacy, avoiding sex, do not avoid each other and do not move away spiritually. Remember that you need to especially support each other at this time.

The difficulties of the first sex

The first postpartum sex is associated with some difficulties that affect women. As mentioned earlier, a young mother experiences pain from touching and during penetration of the penis inside. But overcoming this problem we have considered above.

The second difficulty with which sex is associated is fatigue. A woman is very tired of the many troubles about the child and at home, often fatigue is combined with grief at her husband, who is very little or does not help at all in household chores. If a man wants his wife to get a pleasant feeling when sex occurs after childbirth – he must make every effort to achieve the desired. It is necessary to help your beloved, to console her, not to reproach her, on the contrary, to regret more.

The third difficulty is after childbirth, even when a month passes and the body recovers, sex may remain undesirable for the simple reason that a woman feels unattractive. In fact, after giving birth, the figures of young mothers lose their usual angularity, as was the case in girls. The breast enlarges, more roundness appears. However, the reviews of most men say that they find this change very attractive. You just need to talk more about this with your beloved women along with the rest of the words of love.

The fourth difficulty is psychological fear. Women are afraid to start having sex again because they are afraid of becoming pregnant again. You should not limit yourself because of this fear, because no one has canceled contraception! Choose the method that suits you best and consult your doctor.

If you are stopped by the fear that when you have sex, the child will wake up, and at the most inopportune moment – do not wait for the night. Send your grandmother or nanny for a walk with the child, and proceed to the desired.

Another important point when having sex for the first time after childbirth is a feeling of dryness in the vagina. In order to naturally moisturize and increase the amount of lubricant – you can organize a joint video viewing, combined with active gentle caresses. If even excessive arousal does not help, it is better to use an artificial humidifier – a special lubricant.

And in order to be able to fully enjoy sex after childbirth, bypassing the sensations of a “bottomless well” in the vagina due to a decrease in muscle tone, perform Kegel physical exercises for 1-2 months after discharge from the hospital. Despite the simplicity, they are still very effective, and after them your sex will become the most impressive. 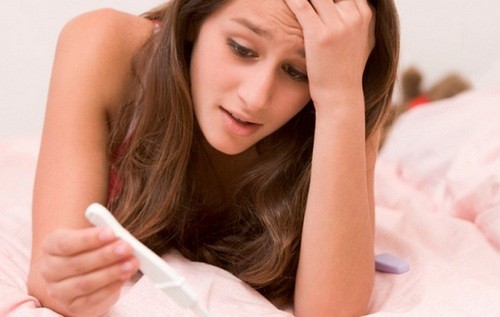 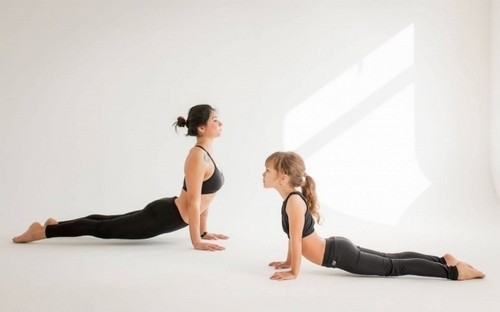