The Diabetes Remission Clinical Trial (DiRECT), published in The Lancet, looked at almost 300 adults aged 20 to 65 who had been diagnosed with the disease in the past six years.

A low calorie diet can reverse type 2 diabetes and save the lives of millions of sufferers of the preventable condition, research suggests. Eating between 825 and 850 calories a day for three to five months put the disease into remission in almost half of patients in a new study.

It showed that participants, who were instructed to slowly reintroduce more food, after one year had lost an average of 10 kilos (22 lbs), and half had maintained remission without antidiabetic medications.

The researchers argue that their findings show that while bariatric surgery can achieve remission for a large number of diabetics, this ‘expensive and risky’ method is not necessary as diet and exercise alone is ‘feasible’.

Restricting calories or fasting is an increasingly popular method of tackling diabetes. The 5:2 diet, aka The Fast Diet, is the best known of the fasts to reverse the disease and was made famous by Dr Michael Mosley.

DOES THIS DIET ALREADY EXIST?

Many experts have advocated a low calorie diet to control diabetes. The 5:2 diet, aka The Fast Diet, is the best known of the fasts and was made famous by Dr Michael Mosley.

Comprising of five days of regular eating and two ‘fast’ days of 800 calories, it has been associated with improved DNA repair and brain function. An increase in fat loss was also demonstrated in a 2011 Manchester University study.

Dr Mosley lost 20lb in 12 weeks and saw his blood sugar and cholesterol levels return to normal after being pre-diabetic. He argues that two days of calorie restriction is achievable for many.

It affects almost one in ten adults in the UK, and costs the NHS around £14 billion a year.

Addressing the ‘root cause’

The Newcastle University scientists say that excess calories lead to a fatty liver, which causes the liver to produce too much glucose. The excess fat is then passed to the pancreas, which causes the insulin-producing cells to fail and thus causing diabetes.

Their previous research suggested losing less than one gram of fat from the pancreas can re-start insulin production, reversing type 2 diabetes.

Co-author Professor Roy Taylor, who has spent almost four decades studying the condition, said current management guidelines focus on addressing the symptoms – by reducing blood sugar levels through drug treatments – instead of ‘the root cause’.

‘Diet and lifestyle are touched upon but diabetes remission by cutting calories is rarely discussed,’ he said.

‘A major difference from other studies is that we advised a period of dietary weight loss with no increase in physical activity, but during the long-term follow up increased daily activity is important.

‘Bariatric surgery can achieve remission of diabetes in about three-quarters of people, but it is more expensive and risky, and is only available to a small number of patients.

‘Our findings suggest that the very large weight losses targeted by bariatric surgery are not essential to reverse the underlying processes which cause type 2 diabetes.’

It is ‘achievable for many people’

Obesity is believed to account for 80-85 per cent of the risk of developing type 2 diabetes. Recent research suggests that obese people are up to 80 times more likely to develop the disease than those with a BMI of less than 22.

The worldwide obesity rate has doubled since 1980, and the US has the highest rates of obesity among high-income countries. Currently, about one in three American adults are considered obese, and about one in seven children.

More than half of children growing up in the US today could be obese by the time they are middle-aged, worrying research by Harvard University revealed earlier this week.

It also emerged this week that Britain has highest numbers of overweight people in the EU.

Nearly 30 per cent of women and just under 27 per cent of men are overweight, according to the European Society of Cardiology.

Today nearly a third of UK children aged two to 15 are overweight or obese. Experts warn it has become normal to be vastly overweight in both countries.

Antidiabetic and blood pressure-lowering drugs were all stopped at the start of the programme.

Almost a quarter of the group achieved weight loss of 15 kg or more at 12 months, and nearly half achieved diabetes remission at one year, compared with four per cent in the control group.

Critics of low-calorie diets to treat diabetes argue that such a strict regime are unrealistic for many patients, but Professor Taylor disagrees.

‘The weight loss goals provided by this programme are achievable for many people,’ he said.

‘The big challenge is long-term avoidance of weight re-gain. Follow-up of DiRECT will continue for four years and reveal whether weight loss and remission is achievable in the long-term.’

Co-author Professor Michael Lean, from the University of Glasgow, said: ‘Our findings suggest that even if you have had type 2 diabetes for six years, putting the disease into remission is feasible.

‘In contrast to other approaches, we focus on the need for long-term maintenance of weight loss through diet and exercise and encourage flexibility to optimise individual results.’

Diabetics should start the plan early

Another expert, who was not involved in the study, said diabetic patients are best to start a revesal diet when they are first diagnosed and their motivation is high.

Professor Emeritus Matti Uusitupa, from the University of Eastern Finland, said: ‘Lean and colleagues’ results, in addition to those from other studies of type 2 diabetes prevention and some smaller interventions in this setting, indicate that weight loss should be the primary goal in the treatment of type 2 diabetes.

‘The DiRECT study indicates that the time of diabetes diagnosis is the best point to start weight reduction and lifestyle changes because motivation of a patient is usually high and can be enhanced by the professional health-care providers.

‘However, disease prevention should be maintained as the primary goal that requires both individual-level and population-based strategies, including taxation of unhealthy food items to tackle the epidemic of obesity and type 2 diabetes.’

Dr Elizabeth Robertson, Director of Research at Diabetes UK, said: ‘These first year findings of DiRECT demonstrate the potential to transform the lives of millions of people. We’re very encouraged by these initial results, and the building robust evidence that remission could be achievable for some people.

‘The trial is ongoing, so that we can understand the long-term effects of an approach like this. It’s very important that anyone living with type 2 diabetes considering losing weight in this way seeks support and advice from a healthcare professional.’

Michael Mosley: ‘On the 5:2 I lost 9 kilos and reversed my diabetes’

Dr Michael Mosley, the man who launched the 5:2 diet revolution, has refined and revised his original plan – followed by Hollywood stars and politicians as well as millions of Britons – with the help of the latest scientific research. Here he reveals why…

When I wrote The Fast Diet back in 2012 there was already compelling evidence of the health benefits of intermittent fasting. Since then there have been many more studies showing that it can not only lead to significant weight loss but also trigger changes within the body that reduce your risk of a range of diseases.

A recent review article, published in the science journal Cell Metabolism , concluded that intermittent fasting ‘helps reduce obesity, hypertension, asthma and rheumatoid arthritis. It has the potential to delay ageing and help prevent and treat diseases.’

On the 5:2 I lost 9 kilos and reversed my diabetes. The TV presenter Phillip Schofield told me that it has become a way of life for him. I’ve read in the press that it has been embraced by celebrities such as Beyoncé, Benedict Cumberbatch (‘you have to, for Sherlock’), Liv Tyler, Ben Affleck and Christie Turlington.

Many people find cutting their calories a couple of days a week more doable than being on a constant diet. A study carried out in Manchester, which involved more than 100 women, found that those on the 5:2 lost nearly twice as much fat as those allocated a standard diet. They were also far more likely to stick to it.

Intermittent fasting also switches on repair genes, whose job it is to keep your body in good shape. 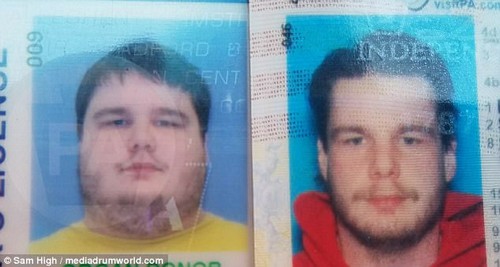 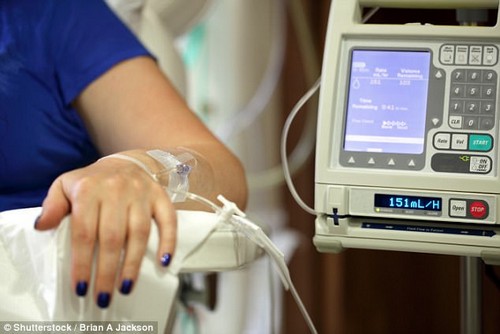 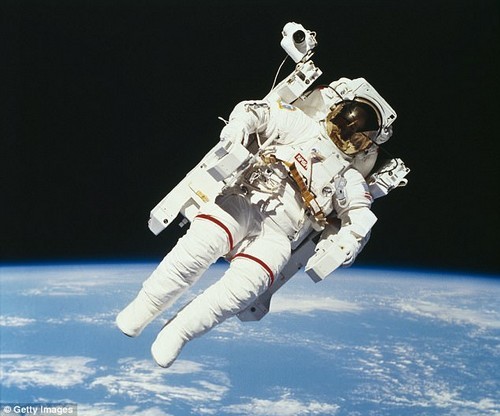 Going to Mars could cause astronauts to lose bone