One woman revealed doctors missed her nine-month-old son had the highly infectious viral illness even when the tell-tale rash had ‘spread like wild fire over his body’.

Two mothers have shared photos online of their measles-stricken babies who were both repeatedly misdiagnosed as a warning to other parents. Both mothers urge families to be vigilant explaining their children’s symptoms started off similar to those of a common cold.

This comes just days after officials confirmed to MailOnline that an outbreak of deadly measles has spread from the north west to the Midlands. Last Friday, Public Health England (PHE) revealed there has been 17 confirmed cases in Leeds and eight in Liverpool, which also has three probable cases.

Manchester has been placed on high alert to be hit next and there are growing concerns it will spread across the UK following an epidemic in Europe. Earlier this year, the World Health Organization (WHO) warned measles was spreading across Europe in regions where vaccination is low.

Many parents are failing to have their children vaccinated due to complacency and discredited fears over the MMR injection causing autism. Although most measles sufferers make a full recovery, around one in 15 develop life-threatening complications, including pneumonia and convulsions.

Charlotte Noble, 27, from Leeds, revealed her son Teddy was dismissed by doctors three times and said she only found out he had measles after he was no longer infectious – increasing the risk of exposure to others.

She was told he had a virus and sent home then he went on to develop bronchiolitis. Charlotte told the Mail he has deteriorated and she has today rushed him back to hospital.

In a Facebook post she wrote: ‘The rash continued to spread another visit to the drs and no concern and another hospital visit DISCHARGED.

‘By day 9th November 2017 it had spread like wild fire over his body and he became unwell. I again took him to Drs where I was then sent to hospital to be told it was a virus. DISCHARGED.

‘It took nearly 2 weeks for Teddy to be diagnosed and by that point he was no longer contagious.

‘Unfortunately we were allowed to roam freely round the hospital, passing on an infection we didn’t know he had.

‘I’m doing this because as his parents we knew something wasn’t right. We followed our instincts. if you think your not vaccinated please have it done. 1 unvaccinated person caused this to our son, he was one of the unlucky ones.’

Another mother, Sian Cartwright, revealed her daughter’s symptoms started off similar to a common cold. She took seven-month-old Olivia to the doctors repeatedly and was mistakenly told she just had an ear infection, teething problems and then Scarlett fever.

But when the girl got worse she took her to A&E when she was told it was measles.

Sian, from Chester – some half an hour drive from Liverpool – says she is the third case she knows of in her city. However, Public Health England said there were no cases reporter in Chester.

Sian Cartwright’s daughter Olivia started having symptoms similar to a common cold. Like Teddy, the seven-month-old girl was repeatedly misdiagnosed by doctors too.

Mother Sian and her partner are urging other parents to be on high alert.

About one in every 15 children with measles will develop complications like these. Less common complications of measles include liver infection (hepatitis), squint in the eyes, meningitis and infection of the brain itself, encephalitis.

In rare cases, measles can lead to serious eye disorders such as optic neuritis and vision loss and heart and nervous system problems. Another fatal complication is subacute sclerosing panencephalitis (SSPE), which can occur several years after measles – this is very rare, occurring in only one in every 25,000 cases.

Measles can be dangerous

The 25-year-old full time mother explained in her Facebook post, which has been shared more than 29,900 times, that three different doctors dismissed Olivia’s symptoms as she sought help throughout the week.

Most people will recover from measles after around seven to 10 days, but sometimes it can lead to serious complications, according to NHS Choices. Children who are older than one year and otherwise healthy have the lowest risk of developing complications.

But babies under 12 months, children with a poor diet or with a weakened immune system as well as teenagers and adults are at risk.

Sian wrote: ‘Olivia is now the 3rd case reported in Chester so please everybody look out for this in any children under 1 because it is going round and take them straight to urgent care, there is not a great deal that can be done about it other than manage the symptoms but for any children with health problems it can be dangerous so please be on high alert! Iv been asked to put this on here by the specialist Iv seen tonight xx.’

Sian’s Facebook post – which includes a video – has been shared more than 29,900 times. Sian, pictured with Olivia’s father, said her daughter had a runny nose and watery eyes.

‘She’s ok her rash has gone down a lot now thankfully,’ she said. ‘Her initial symptoms were literally just cold like – she had a runny nose, watery eyes and a bit of a cough.

‘Then got a bit of a rash which was only minor. But then she started to become very irritated, she wasn’t happy doing anything which is very out of character for her.

‘After that the rash worsened and she got more and more distressed and her temperature was high. She wouldn’t drink her bottles or eat anything and was struggling to stay asleep for more than 10 minutes even though she was so exhausted.

‘She also had a mouth full of whitey grey spots.’

Fears over the safety of the MMR jab have been blamed for a deadly measles outbreak in Leeds and Liverpool with up to 28 cases reported. Manchester has been placed on high alert to be hit next and there are growing concerns it will spread across the UK following the epidemic in Europe.

On November 23 outbreaks were confirmed in Leeds, which has 17 cases, and Liverpool, which has eight affirmed and three probable cases. Earlier this year, the World Health Organization (WHO) warned measles was spreading across Europe in regions where vaccination is low.

To prevent outbreaks, it is recommended that 95 per cent of the population is immunised against the infection.

Dr David Elliman, paediatrician at the Royal College of Paediatrics and Child Health, said: ‘Although the uptake of the both doses of MMR vaccine is high in UK, because measles is so infectious, it is not yet high enough to stop outbreaks we are seeing’.

The WHO claims people’s fear of vaccines, along with complacency, means many, particularly young children, are unprotected. Dr Mary Ramsay, head of immunisation at Public Health England, revealed all the cases reported have involved children or adults who did not receive the MMR vaccine.

The decision by parents not to vaccinate their children could be attributed to disgraced gastroenterologist Andrew Wakefield’s theory in 1995 that the measles, mumps and rubella (MMR) vaccine is linked to bowel disease and autism. His controversial views have since been widely discredited.

NHS Choices tweeted last Thursday: ‘Measles outbreak in Leeds and Liverpool. If you have symptoms, stay at home’. Although most make a full recovery, around one in 15 sufferers develop life-threatening complications, including pneumonia and convulsions. 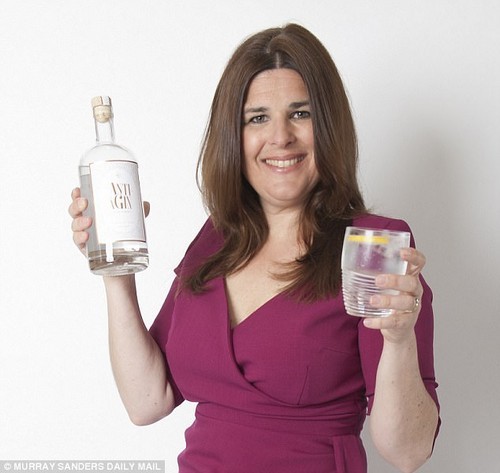 Gin that may be good for your liver 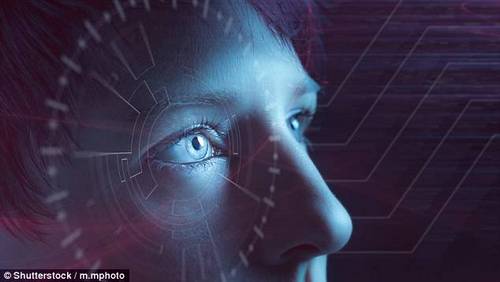 Why your manicure could leave you at risk of hepatitis C