Volleyball is a sports game which involves two teams. It is held in a special area, divided into two parts by a mesh. Thanks to the simple rules and inventory availability, volleyball is a common form of recreation that is loved by both adults and children. There are multiple variations of volleyball that have emerged from the main form: mini-volleyball, beach-volleyball, pionerbol, and others.

We focus on the main kind of volleyball and the rules of the game of volleyball, in which each team tends to throw the ball to the enemy so that he landed on the ground, or the player made a mistake.

A volleyball court is a rectangle having a length of 18 meters and width 9 meters. When playing volleyball indoors, the ceiling should have a height of 5-6 meters, and the size of the area can be reduced in length to 15 meters and width up to 7.5 meters. The ground to delineate the lines: short lines are called the front, and the long line side. Is still a straight line, it is called the middle line, which connects the centers of the side lines and divides the pad into two equal halves. Each of these halves at a distance of 3 meters from the middle line, and parallel to it, a line of attack.

Stands that support the grid must be installed at a distance of 0.5-1 m outside the side lines, stretch marks. They should be adjustable, with a height of 2.55 m.

Above the middle line across the platform to pull the rope net with a length of 9.5 meters and a width of 1 meter.

Net height in volleyball for kids:

The rules of the game volleyball:

The game involves two teams of 6 people. In addition, each team needs to sign replacement players. Each team must consist of 12 persons, not more.

Substitute player replaces the main player of the team. Replaced a core player 1 time to return to the site again, instead of a spare player that it replaced, but provided that it was drawn at least one ball with a substitute player.

3. The arrangement of the players in volleyball:

The players of both teams before each serve up to 3 people in two broken lines within the site. Three players stand at the net – they are called front line, the other three players – the players in the back line. All the players and the front and rear lines during the game can be on their site anywhere. Before serving the ball from the baseline, players must stand behind the front line players.

The game consists of 3 or 5 games. Game 3 of the parties ends when one team has won 2 games; game of 5 games ends when you win one of the teams 3 parties.

5. The game of volleyball. Switching sides:

Before the game, the judge held the draw for choosing side or serve. If one team won the toss for the right of choice of the parties, then the other team chooses serve. After the first batch of the game the teams change sides and serve. And so after each party game produced by the service order and change sides.

6. The game of volleyball. Breaks:

Between the parties made breaks of 3 minutes. Before deciding, be sure to take a break for 5 minutes, and then held the draw for the right to feed or choosing sides. In the decisive game, if one team has reached 8 points, the change of parties is made without a break. Between the second and third parties a break can be increased to 10 minutes.

7. The serve in volleyball:

After the referee whistle is the pitch of the ball. If the filing occurred before the whistle, the ball is replayed. The player serving the ball, stands on the “place of supply” for the area, throws the ball and stroke it forwards to the opponent’s side. Flow is scored when a player touched the ball, if he missed after tossing the ball fell to the ground, the flow is repeated.

The ball player is as long as he or his team won’t admit a mistake.

At the change of innings, the supply executes a right front line player. All other players move clockwise one place. Such movement is always carried out, if a team wins the serve.

The ball in the volley bounces with your hands in any way. If the ball was touching the body above the waist, it counts as a strike.

To hit the ball, the team needs no more than 3 times without letting the ball fall to the ground. Attacks and passing the ball are made staccato touch.

If two players of the same team touched the ball simultaneously, it counts as 2 hits, and right on the third strike does not have any one of those players.

If one player touched the ball and another player of the same team ran into him or shook hands, but the ball is not touched, it counts as 1 hit.

Blocking in volleyball is an attempt to stop the attack or stop the passage of the ball over the net. Right to block just the front line. If the ball touches the hands of the player blocking, the blocking is considered successful.

11. Volleyball. The release of the ball from the game:

If the ball flew over the side or the front line of the site, it is considered out of play only when he touched any object or the ground.

If the ball is out of play, then the team that last played the ball, loses 1 point or serve.

Wins the game the team that scored 15 points and has the advantage over the opponent by at least 2 points.

Brings the team winning win 2 batches of 3 or 3 parties of 5 in any order.

If the receiving team made a mistake, the opposite team gets a point.

If the serving team makes an error, it loses the flow. 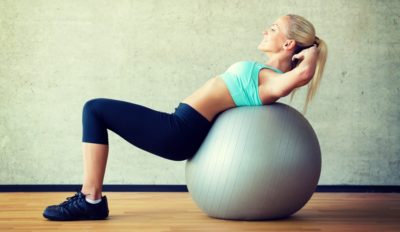 A set of exercises for the back and spine at home 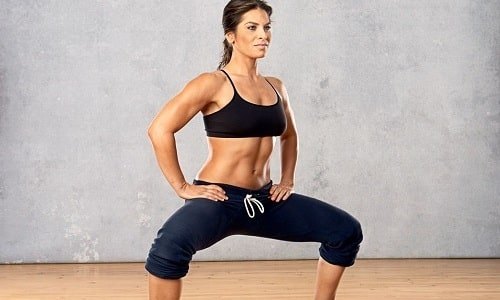 Body-building, hernia of the spine 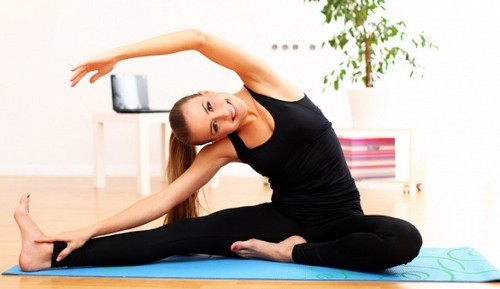 One thought on “Volleyball. The rules of the game of volleyball.”