Not a single scientist has yet been able to finally answer young mothers the question: what determines the onset of fetal movements during pregnancy. Many say that from the first movements of the fetus, the estimated date of birth can be calculated as accurately as possible. But the accuracy of such a calculation is not always correct. As statistics show, many girls who have their first pregnancy begin to feel the first movements of their baby for about 20 weeks. And women who are expecting a second baby feel them a little earlier, at about 18 weeks old.

This difference may be due to the fact that they are already familiar with the sensations of stirring. It can be assumed that the motor constant activity in the fetus begins at a period of nine weeks, when small arms and legs have already formed. But little tremors are almost not felt by pregnant girls. Sometimes young mothers claim that they clearly hear fetal movements in the early stages of 13 weeks. And this is true, because each person has a different individual sensitivity.

How does the movement look and feel

Today there is no final and unambiguous answer to such a question. Again, it all depends on the individual characteristics of the body. Some mothers clearly feel some gurgling inside, others rolling or not very pronounced tremors.

In the first weeks, babies move at certain points, for example, during wakefulness or vigorous activity. Many pregnant girls do not feel movement every day. But do not worry too much, because the baby is growing and closer to 30 weeks the tremors will be stronger and more distinct.

Children can calm down for a while and not make themselves felt for 4 or 5 hours. Doctors state that at least 10 movements per day are considered the norm. What determines the beginning of the active activity of the unborn child :

How to count fetal movements

As for the active activity of the baby, it can also directly depend on many factors:

Starting from the twentieth week, the observing doctor or gynecologist can offer the expectant mother to conduct a special test to calculate all the movements of the fetus and to understand whether they correspond to the norm. To obtain the exact result, a whole scheme was developed. The technique can be used only when it is not possible to use special equipment. Not all hospitals and medical facilities have a Doppler or an electrocardiogram.

Today, pregnant girls are given a card in their hands, where there is a table for counting movement. It shows how to correctly count the fetal movements, in addition, it helps to conduct all the necessary calculations and, as a result, to compile a complete picture of the tremors. Final results can show the general condition, well-being of the fetus. After the twentieth week, the baby is obliged to remind about its existence about 10 times in one hour. It is clear that he can relax a bit, but do not forget that all movements must be regular.

Such an indicator will indicate that the child is feeling well and comfortable. To maximally correctly and correctly calculate all the movements and put them in a special table, you need to understand them. If the baby first pushes his mother a little, and then immediately rolled over and began to stir, then in the table it should be noted as one movement. Not every kick must be noted, but vigorous activity. In this case, the table will be compiled correctly and the doctor will be able to determine the physical and emotional state of the fetus. There are several basic techniques – tests, which explain how to properly count the movements. The most popular today are the methods of Persona, Cardiff and the Sadowski test. Of course, there are many more methods and ways to determine the movement of the fetus, but they are most often used by doctors.

The basic principle of such a test for determining fetal movements is “counting to 10”. It is widely used in modern medicine. At about twenty-eighth week, expectant mothers must manually fill out a special card. Within a few weeks, they will need to note the number of fetal movements. The main difference from many other methods is the countdown time. Young mothers should monitor all periods of wakefulness from 9 am to 9 pm. But many doctors advise that after 10 movements, nothing else should be noted on the card. This already means that everything is in order with the child, and he feels well.

But do not forget about the individual characteristics of each child. There are such children who prefer to stay awake at night, and someone will begin vigorous activity early in the morning. To calculate the movements according to the method of Dr. Pearson, it is necessary to mark the beginning of vigorous activity in the table and you can not record every movement of the fetus. The number and time of shocks, small kicks, upheavals are not entered in the table.

For the most accurate decryption of the table, you need to contact the gynecologist who is conducting the pregnancy.

The method of Dr. Cardiff today has found its wide application in scientific practice. Many pregnant girls prefer to use the presented method. It will allow you to accurately determine the physical condition of the fetus and evaluate its active activity.

It was also based on a tenfold calculation of the movements of the crumbs over a 12-hour period. To fill out the table, it is necessary to note the first stirring, and after the 10th jolt, you can stop keeping marks. This is considered the norm, an indicator that the child feels great. If after twelve hours the baby did not have 10 movements, then you should consult a doctor for advice.

But while using this method, it is also worth considering the individual characteristics of your crumbs. If he does not like to stay awake in the daytime, then after consulting a doctor, you can not mark kicks in this period. Only a gynecologist who conducts pregnancy can objectively assess the condition of the baby and advise the expectant mother on all questions that have arisen. No need to make a decision on your own or listen to the recommendations of friends.

The Sadowski method can be used by pregnant women if the child does not like to stay awake regularly in the daytime. This way is rarely used today. Its main principle of work is based on the calculation of the basic movements of the fetus after eating.

The principle of operation of this method of calculation:

To evaluate all the results you need to contact your gynecologist. He will analyze each period of wakefulness and make an assessment of the condition of the fetus. If within two hours after eating the child shows signs of presence, then there is no reason for concern or worry. If at a certain time he pushed less than 4 times, then an urgent consultation of a specialist is necessary. Only he can prescribe an additional study of movements on special equipment such as Doppler or make an electrocardiogram.

While listening to fetal movements using special sensors, they must be attached to a place where the fetal heart is supposedly located. The sensor will determine the curved line of the child’s heart. The expectant mother will be given a button, which must be pressed in the case when she feels the stirring of the crumbs.

The graph is a special label. An electrocardiogram must be performed within the first thirty minutes. If no movements have been detected during the entire examination period, then the doctor may ask the patient to come after a while. Sometimes it takes a few simple physical exercises to get the baby to move.

It is difficult to determine which method is better and more efficient. All of the above methods are today considered effective and quite popular. You should not choose the right method for yourself. To do this, you must first consult with a gynecologist who is pregnant. This or that method can be chosen depending on several indicators. For example, at what time is it easiest for an expectant mother to make notes or at what time of day the child is awake. All these points will be taken into account, and the doctor will choose the most optimal option. 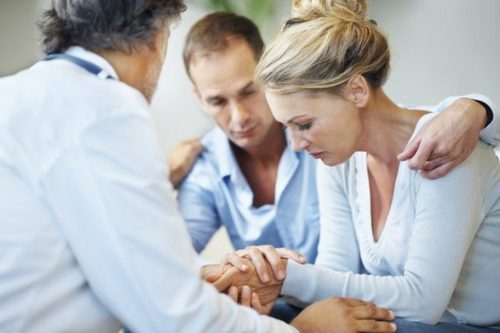 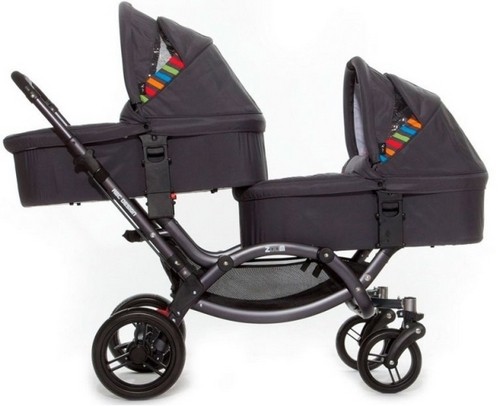 The main types of prams 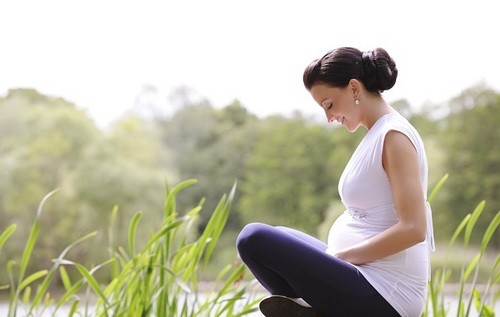 The baby has reduced activity before giving birth and calms down