Almost exactly 18 months after the first coronavirus vaccine was authorized for adults, and after months of scientific hiccups, the youngest Americans may finally get their shots.

No surprises are expected. On Wednesday, advisers to the Food and Drug Administration unanimously endorsed both vaccines despite thin evidence of their efficacy, particularly against the coronavirus variants now spreading throughout the nation.

Still, the data indicate overall that both vaccines will at least protect children against severe illness, said Dr. Ofer Levy, director of the precision vaccines program at Boston Children’s Hospital and an adviser to the F.D.A.

“These vaccines are largely safe and effective,” he said. “This was a remarkable achievement.”

Assuming the advisers back the vaccines, the C.D.C.’s director, Dr. Rochelle Walensky, is expected to sign off. The White House has said that states have already acquired millions of doses and will be prepared to offer shots to children as early as Tuesday. 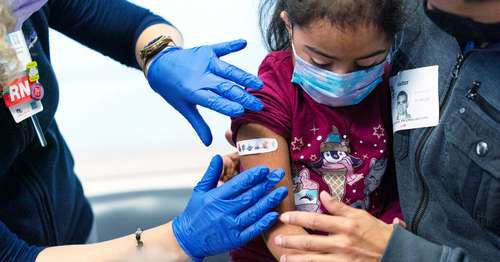 But while some parents have been clamoring for the vaccines, many others seem hesitant — because their children may have already gained some protection through infection, or because they still have doubts about the safety and effectiveness of the vaccines.

Pfizer’s vaccine has been available to children 5 to 11 years since November, but less than 30 percent of children in that age group have received two shots.

Acceptance of the vaccines will depend partly on how clear the C.D.C.’s recommendations are. The F.D.A. authorization permits vaccines to be used, but doctors look to the C.D.C.’s advisory committee for specifics on how to use them.

This time around, that advice is likely to be complicated, because the two vaccines differ in almost every aspect.

But according to the data presented on Wednesday to the agency, two doses of the Pfizer vaccine — each just three micrograms, or one-tenth of the adult dose — fell short of producing strong immunity against the virus in young children.

To be effective, the Pfizer vaccine will need to be administered in three doses: the first two spaced three weeks apart, and a third at least two months after that.

The differences will make it difficult for parents and health care providers to choose between the two, Dr. Levy said. But “the conundrum is that they haven’t been compared head-to-head.”

Scientists from both companies will present evidence in support of their vaccines for young children on Friday. The advisers will have an opportunity to ask questions and raise concerns before they make their recommendations on Saturday.

The F.D.A.’s advisers on Tuesday also endorsed the use of Moderna’s vaccine for children aged 6 and older, but the C.D.C.’s committee has deferred that discussion for now.

Even JVT’s given up wearing his MASK!