A federal judge has ruled that the nation’s three largest drug distributors cannot be held liable for the opioid epidemic in one of the most ravaged counties in the country — a place where 81 million prescription painkillers were shipped over eight years to a population of less than 100,000.

Judge David A. Faber of the U.S. District Court for the Southern District of West Virginia released the opinion on the July 4th holiday, almost a year after the end of a trial pursued by the city of Huntington and Cabell County, which were the focus of an Oscar-nominated documentary called “Heroin(e)” about the effect of the prescription painkillers.

In absolving the drug distribution companies — AmerisourceBergen, McKesson and Cardinal Health —Judge Faber acknowledged the terrible cost on the county and the city, but added that “while there is a natural tendency to assign blame in such cases, they must be decided not based on sympathy, but on the facts and the law.”

His decision points to the difficulty of determining responsibility for a decades-long disaster in which many entities had a role, including drug manufacturers, pharmacy chains, doctors and federal oversight agencies, as well as the drug distributors.

Drug distributors generally fulfill pharmacy orders by trucking medications from the manufacturers to hospitals, clinics and stores, and are responsible for managing their inventory. Like other companies in the drug supply chain, distributors are supposed to comply with federal limits established for controlled substances like prescription opioids, and have an internal monitoring system to detect problematic orders. Lawyers for the city and county argued that the distributors should have investigated orders by pharmacies that requested addictive pills in quantities wildly disproportionate to the population in these small communities.

But Judge Faber ruled: “At best, distributors can detect upticks in dispensers’ orders that may be traceable to doctors who may be intentionally or unintentionally violating medical standards. Distributors also are not pharmacists with expertise in assessing red flags that may be present in a prescription.”

The judge also soundly repudiated the legal argument that the distributors had caused a “public nuisance,” a claim used broadly across the national opioid litigation and which has so far had mixed results in a handful of state and federal test cases. 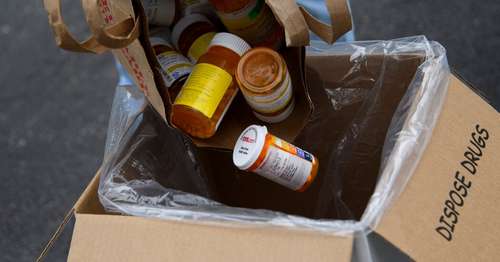 The three distributors had finalized a deal earlier this year to settle thousands of lawsuits brought by states and thousands of local governments, in which they agreed to pay $21 billion over 18 years for addiction treatment and prevention services. But Cabell County and the city of Huntington, often described as ground zero for the crisis in the United States, refused to sign on, believing they could get more money by going to trial. They had sought over $2 billion from the companies.

“Trial is always a gamble, and this one didn’t pay off,” said Elizabeth Burch, a professor at the University of Georgia School of Law who has closely followed the national opioid litigation.

At trial, lawyers for the county and city introduced AmerisourceBergen emails deriding West Virginians as “pillbillies” and referring to the region as “Oxycontinville.” A company executive said the samples were cherry-picked and just examples of employees expressing work fatigue.

In a statement applauding the ruling, Cardinal Health said it had a rigorous screening system. Distributors do not “manufacture, market, or prescribe prescription medications but instead only provide a secure channel to deliver medications of all kinds from manufacturers to our thousands of hospital and pharmacy customers that dispense them to their patients based on doctor-ordered prescriptions.”

AmerisourceBergen noted that pharmaceutical distributors “have been asked to walk a legal and ethical tightrope between providing access to necessary medications and acting to prevent diversion of controlled substances.”

Fentanyl Overdoses: What to Know

Understand fentanyl’s effects. Fentanyl is a potent and fast-acting drug, two qualities that also make it highly addictive. A small quantity goes a long way, so it’s easy to suffer an overdose. With fentanyl, there is only a short window of time to intervene and save a person’s life during an overdose.

Stick to licensed pharmacies. Prescription drugs sold online or by unlicensed dealers marketed as OxyContin, Vicodin and Xanax are often laced with fentanyl. Only take pills that were prescribed by your doctor and came from a licensed pharmacy.

Talk to your loved ones. The best way to prevent fentanyl use is to educate your loved ones, including teens, about it. Explain what fentanyl is and that it can be found in pills bought online or from friends. Aim to establish an ongoing dialogue in short spurts rather than one long, formal conversation.

Learn how to spot an overdose. When someone overdoses from fentanyl, breathing slows and their skin often turns a bluish hue. If you think someone is overdosing, call 911 right away. If you’re concerned that a loved one could be exposed to fentanyl, you may want to buy naloxone, a medicine that can rapidly reverse an opioid overdose and is often available at local pharmacies without prescription.

McKesson, in its statement, added: “We only distribute controlled substances, including opioids, to D.E.A.-registered and state-licensed pharmacies” and argued that drug diversion and abuse is an issue to be tackled by a comprehensive approach involving private industry, government, providers and patients.

Steve Williams, the mayor of Huntington, who took office in 2012 as opioids were laying waste to constituents, said his disappointment in the ruling could not be measured, and called it “a blow to our city and community, but we remain resilient even in the face of adversity.”

Citizens, he said, “should not have to bear the principal responsibility of ensuring that an epidemic of this magnitude never occurs again.”

“We felt the evidence that emerged from witness statements, company documents and extensive data sets showed these defendants were responsible for creating and overseeing the infrastructure that flooded West Virginia with opioids,” they said. “Outcome aside, our appreciation goes out to the first-responders, public officials, treatment professionals, researchers and many others who gave their testimony to bring the truth to light. ”

The county and city are weighing whether to appeal.

The state of West Virginia had resolved its cases against the distributors years earlier for a total of $73 million, but local governments were free to continue their own lawsuits. The outcome of this case, Ms. Burch said, is “very much a cautionary tale about opting out of the surefire money a settlement offers.”

A new West Virginia trial against the same three distributors was to have opened on Tuesday in state court, brought by another cluster of West Virginia counties and cities, who are represented by the same lawyers who pursued the case decided Monday. In court on Tuesday, however, the start date was postponed.

You can overdose on vitamin D