Scientists analysed melanoma diagnosis rates among adults who ate the equivalent of 300g of any type of fish each week, including battered cod. They were compared against participants who consumed much less. Some even ate none.

Results showed people who adhered official advice, which states a healthy diet includes at least two portions of fish a week, were up to a fifth more likely to get the cancer.

US academics said this may be down to cancer-causing contaminants in fish. But other independent experts said fish still forms a key part of a healthy diet and there is no need to stop eating it.

Meanwhile, a separate US study found men consuming more than 430g of dairy per day — the equivalent of two cups of milk — are 25 per cent more likely to suffer prostate cancer than those who have less than 20g.

Britons are advised to consume three portions of dairy per day, with one portion being a glass of semi-skimmed milk, a pot of yoghurt or a 30g piece of cheese.

The researchers said hormones naturally present in milk may be to blame.

They encouraged men with a family history of the disease to ‘be cautious’ about drinking even ‘moderate levels’ of milk until the findings are clarified. And they said they should consider switching to soy, oat or cashew alternatives in the meantime. 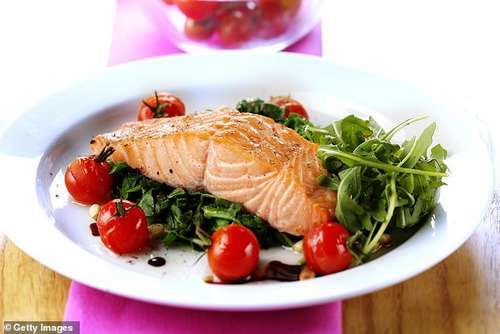 The NHS recommends that people should eat at least two portions of fish per week, including one of oily fish, with a portion weighing around 140g. But now US researchers have warned that people who eat this amount may be a fifth more likely to develop malignant melanoma, compared to those eating 22g weekly

How much fish should we eat?

A healthy, balanced diet should include at least two portions of fish a week, including one of oily fish.

Most people don’t eat this much. A portion is around 140g.

However, for certain types of fish, there are recommendations about the maximum amount you should eat.

Britons are told to eat at least one portion (around 140g when cooked) of oily fish a week.

However, girls, women planning to have a child and pregnant women should not eat more than two portions of oily fish a week.

This is because pollutants in the fish can affect the future development of babies in the womb.

For the first study, researchers from Brown University studied data on 491,367 adults who supplied dietary data in the mid-1990s. They were in their sixties when the study began.

Participants were quizzed on how often they ate fried, non-fried fish and tuna during the previous year, as well as their portion sizes.

Results, published in Cancer Causes & Control, showed 5,034 people developed malignant melanoma during the study period. Almost all stage one cancer patients survive but the rate drops to just three in 10 for those caught in stage four.

Some 3,284 developed abnormal cells in the outer layer of the skin — known as stage 0 melanoma or melanoma in situ (also sometimes referred to as pre-cancer).

The team found people whose typical daily intake of fish was 42.8g — equivalent to around 300g per week — were 22 per cent more likely to develop malignant melanoma than those whose daily intake was just 3.2g.

Those eating more fish also had a 28 per cent increased risk of stage 0 melanoma.

But the results did not apply to eating fried fish, the studied showed.  The risk was only seen for adults who ate tune or non-fried fish, which the NHS says are healthier choices.

Current health service advice sets out that Britons should eat at least two portions of fish per week, including one of oily fish.

She said: ‘We speculate our findings could possibly be attributed to contaminants in fish, such as polychlorinated biphenyls, dioxins, arsenic and mercury.

‘However, we note our study did not investigate the concentrations of these contaminants in participants’ bodies and so further research is needed to confirm this relationship.’

Researchers took into account factors that could influence the results, such as weight, diet, whether they smoked or drank alcohol and their family history of cancer.

The team also logged the average UV radiation levels in volunteers’ local areas to take account of exposure to the sun — a known risk factor for skin cancer.

But they did not account for other key melanoma risk factors, such as mole count, hair colour, history of severe sunburn and if people sunbathed or wore sun cream.

Also, the average daily fish intake was calculated at the beginning of the study and may not represent how much people eat over the course of their lives.

Dr Michael Jones, of the Institute of Cancer Research in London, was not involved in the study but said the results are ‘statistically significant and therefore unlikely due to chance’.

But he noted that people who eat more non-fried fish and tune may have other lifestyle habits that increase their risk of melanoma. Further research is needed to confirm the findings, Dr Jones said.

He added: ‘A general healthy balanced diet should include fish and the results from this study do not change that recommendation.’

Dr Duane Mellor, senior lecturer at Aston Medical School, who was not involved in the study, said if contaminants in fish are to blame for the increased risk of skin cancer, it would also increase rates of other cancers.

He said the study does not identify a clear way for how eating fish could push up melanoma risk and eating two portions of fish per week is ‘part of a healthy diet’. 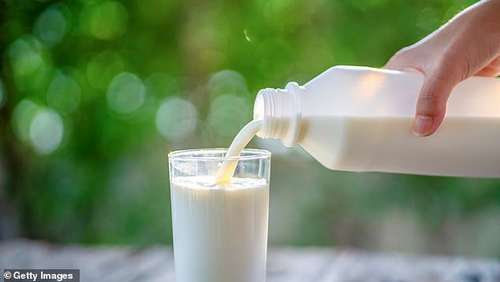 How much dairy should we eat?

The best foods to provide you with calcium are yoghurt, milk and cheese.

Britons are told to aim for two to three servings every day.

A serving is a small matchbox size piece of cheese (around 30g), a 150g pot of yogurt or one glass of milk.

But the nutrition provided by dairy products goes beyond calcium alone.

A glass of semi-skimmed milk provides protein, potassium and three-quarters of daily needs for vitamin B12.

Meanwhile, experts at Loma Linda University Health in California today also warned men consuming 430g of dairy per day are more likely to be diagnosed with prostate cancer than those having just 20g — just half a cup of milk per week.

Researchers studied the dairy intake of more than 28,000 men in the US, all of whom were initially cancer-free. Information on their diet was gathered through regular questionnaires and phone calls.

The team then used cancer registries to determine which patients had developed prostate cancer eight years later. Some 1,254 people had been diagnosed.

Around 52,000 men in the UK and 270,000 in the US are diagnosed with prostate cancer every year. Around 80 per cent of men for 10 years after their cancer is confirmed.

The findings, published in the American Journal of Clinical Nutrition, show that those having 430g per day were a quarter more at risk than those having just 20g per day.

And men consuming 430g per day were 62 per cent more likely to develop prostate cancer than those who had no dairy in their diet.

However, consuming cheese and milk was not linked with prostate cancer, the team said.

The Association of UK Dietitians advises Britons to consume three portions of dairy food per day, with one portion equating to one glass of semi-skimmed milk, a 150g pot of plain yoghurt or 30g of cheese.

No link was spotted between non-dairy sources of calcium — such as nuts, seeds, vegetables, legumes, fruits and fortified cereals — and prostate cancer.

This suggests substances other than calcium in dairy products are to blame, they said.

And there was ‘minimal’ variation in the risk of prostate cancer between those having full-fat milk compared to people opting for reduced fat or non-fat options.

The researchers did not spot a correlation between increased dairy intake and an equal increase in the risk of prostate cancer.

Dr Gary Fraser, study leader and an internal medicine and cardiovascular disease expert at the university, said the risk no longer increases among people already consuming 150g of dairy per day — around two-thirds of a cup of milk.

He said: ‘It’s almost as if some biological or biochemical pathway is saturated at about two-thirds of a cup of milk per day.’

Dr Fraser said the findings could suggest that dairy foods are ‘causally related to the risk of prostate cancer’.

He said this could be down to the sex hormone content of milk. Around three-quarters of milk comes from cows that are pregnant and prostate cancer is a ‘hormone-responsive cancer’.

Earlier studies found consuming dairy increases levels of a hormone in the blood called insulin-like growth factor-1, which is thought to increase the risk of developing some cancers.

Dr Fraser said he would encourage men with a family history of prostate cancer, or those with other risk factors, to ‘be cautious’ about drinking even ‘moderate levels’ of milk until the findings are clarified.

‘If you think you’re at higher-than-average risk, consider the alternatives of soy, oat, cashew, and other non-dairy milks,’ he said. 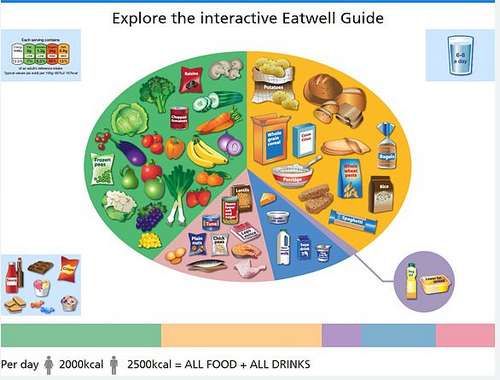 Nearly 15 PER CENT of world has Lyme disease, according to first global estimate