‘Distressed’ women are turning to friends and the internet for menopause advice because their GPs do not know enough about the subject, a study reveals.

Women said they felt ‘abandoned’ after unsuccessful attempts to even diagnose their symptoms.

A survey of 1,000 perimenopausal women found many felt ‘massively disappointed’ with visits to GPs, who had ‘no idea’ what to prescribe.

UCL’s Professor Joyce Harper led the study, which was published in the journal Women’s Health.

A study led by UCL’s Professor Joyce Harper analysed data from 947 women who were in the transitional period around the menopause. During this time, women can start to suffer from debilitating symptoms such as hot sweats, brain fog and fatigue

She said menopause should be on the medical school curriculum. She will discuss the study results in a lecture at the British Menopause Society today. 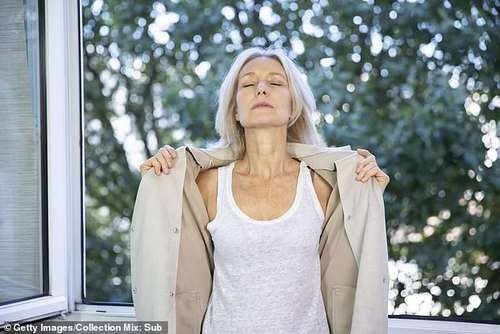 The study analysed data from 947 women who were in the transitional period around the menopause.

During this time, women can start to suffer from debilitating symptoms such as hot sweats, brain fog and fatigue.

The survey results revealed more than 90 per cent of women had never been taught about the menopause, and more than two-thirds had only looked for information once their symptoms had started.

But even when they approached their GP, many were left ‘reeling with confusion’ and ‘unsupported’ due to a lack of knowledge and appropriate medical care.

The survey found many women felt ‘massively disappointed’ with visits to GPs, who had ‘no idea’ what to prescribe. Pictured: Hormone Replacement Therapy pill next to pill dispenser (STOCK)

WHAT IS THE MENOPAUSE?

Menopause is defined as the changes a woman goes through just before and after she stops her periods and is no longer able to get pregnant naturally.

Some women go through this time with few, if any, symptoms, around 60 percent experience symptoms resulting in behavioral changes and one in four will suffer severely.

Menopause happens when your ovaries stop producing as much of the hormone oestrogen and no longer release an egg each month.

In the UK, the average age for a woman to reach the menopause is 51, according to the NHS. 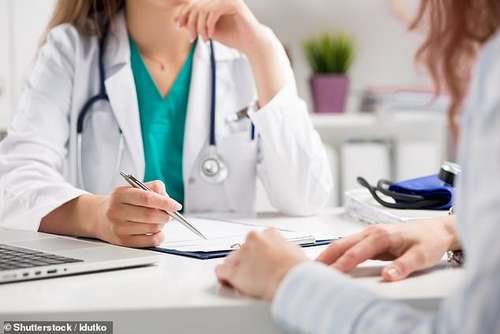 Writing in the journal Women’s Health, the researchers said: ‘Many of the women felt that they were going mad, especially when their GPs had no idea what was wrong with them and only offered antidepressants… which the women knew were incorrect, in many cases.

‘They commonly referred to the absence of GP knowledge and they found it difficult to find information anywhere.

‘A large number of women were so frustrated with their lack of knowledge that they had engaged in self-directed learning, using a variety of methods including books, media and websites.

‘Many felt better assured knowing that others were having similar experiences and preferred to rely on friends, family or work colleagues as their sources of information.’

The paper details that some women felt ‘massively disappointed’ when they would go to their GP, hopeful of feeling supported, but their GP had ‘no idea’ what to prescribe for them.

As a result, some of the women felt as though they had no choice but to pay for help from the private sector.

Many also complained about having to go through a range of diagnostic tests which did not reveal their perimenopausal status.

One said: ‘I’ve had so many tests in the last two years for heart palpitations, ectopic beats…and nobody suggested this might be caused by the menopause.

‘I had to have a scan because of bloating and abdominal pain…and the radiologist said maybe a coil might help.

‘This led to more discussions around perimenopause incidentally, and now I’m on HRT and finally feel more like me that I have in years.

‘So many doctors and none mentioned menopause once. Yet I was over 45. It’s just wrong.’