Women may be more likely to treat friends and partners to gifts and drinks during the second half of their monthly cycles, a study suggests. Acts of generosity may feel like a pleasant surprise – but their timing might be rather predictable.

Research suggests that during the second half of a woman’s monthly cycle, they are more likely to treat friends and partners to gifts and drinks. It comes as an increase in progesterone and lower estradiol corresponds with more generous behaviour

This combination of hormones occurs during the luteal phase – the two weeks after ovulation – when a woman’s body prepares for potential pregnancy.

The experts from Heinrich Heine University in Dusseldorf, Germany, suggested women evolved to be more prosocial – to ‘tend and befriend’ – during this phase to bolster the social network that might look out for them while they’re pregnant.

The rise in progesterone would boost ‘proactive, unsolicited prosocial behaviour’, with the reciprocated ‘help, support and protection’ increasing her chances of survival. But the generosity did not extend to strangers.

The psychologists studied 129 women aged 18-36 who were not using hormonal contraceptives and who had regular menstrual cycles. 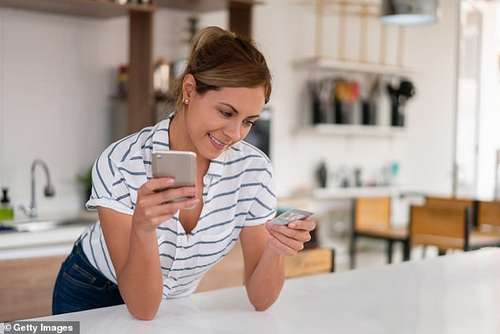 They were given a task in which they had to choose whether to take high selfish rewards to benefit themselves or lower rewards for themselves with rewards for other people.

Meanwhile saliva samples were taken from each of the women and tested for the amounts of different hormones they contained.

The paper, published in the journal Psychoneuroendocrinology, said: ‘At increased levels of progesterone and decreased levels of estradiol, participants tended to be more generous towards socially-close others.’