The group does, however, support exceptions for a lifesaving abortion. “That is not an act of abortion,” she said, “as the intent of abortion is to end life, not intervene to save life if possible.”

But some groups, like Pro-Life Wisconsin and those affiliated with the abortion abolition movement, reject all exceptions, as does Doug Mastriano, the Republican nominee for governor of Pennsylvania, who calls abortion “science-denying genocide.”

Some abortion rights supporters argue that focusing on exceptions is misguided. When people express shock that the new laws do not allow exceptions for rape and incest, “they seem to suggest that if those exceptions are granted, the new restrictive laws are more reasonable,” said Leslie J. Reagan, a historian of American medicine and public health at the University of Illinois at Urbana-Champaign. Whether or not there are exceptions, some state bans include criminal penalties, which Dr. Reagan, author of “When Abortion Was a Crime,” called “a step backwards to the century of criminalized abortion that the U.S. has already lived through.”

The history of exceptions stretches back decades. In 1959, the American Law Institute, an independent group of legal scholars, lawyers and judges, began drafting model legislation to modify the crime of abortion. It proposed that termination be permitted if a physician decided there was grave risk to the health of the woman, or to the fetus, or if the pregnancy was the result of rape or incest. 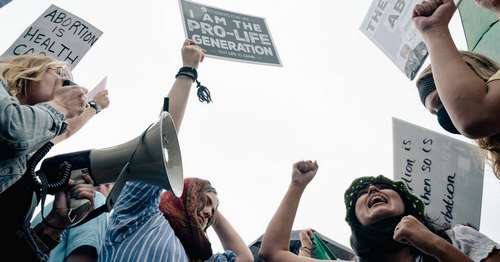 Two threats to a fetus were then of profound concern. One was the morning sickness drug thalidomide, tested on American women in the 1950s, that could cause severe birth defects or stillbirths. Another was rubella, commonly known as German measles, that could result in stillbirth or in life-threatening effects on the baby (a vaccine was approved in 1969).

Over the next 14 years, at least 13 states would adopt some of those exceptions. Ms. Ziegler said that abortion opponents saw the exceptions as a compromise, acknowledging these were “hard cases, a fight not worth having because the country wasn’t there yet.”

Fetterman Discloses Extent of Heart Issues: I Avoided Going to the Doctor