Abbott Nutrition, the company that fueled a national shortage of baby formula when it shut down a leading production plant in February because of contamination concerns, said on Saturday that the site has restarted producing EleCare and other formulas.

The restarting of the plant in Sturgis, Mich., which was the result of an agreement with the federal Food and Drug Administration, renewed hope that the formula shortage that has sent stressed parents scrambling would ease.

Out-of-stock rates had soared to about 74 percent at stores across the country as of the week ending May 28, according to Datasembly, which tracks retail data. The crisis, which had been building for months and stems from pandemic supply issues, was worsened by the plant’s closure.

In a statement, Abbott said EleCare would be released to consumers around June 20 and that it was “working hard” to restart production of Similac and other formulas.

“We understand the urgent need for formula and our top priority is getting high-quality, safe formula into the hands of families across America,” the company said. “We will ramp production as quickly as we can while meeting all requirements.”

In February, Abbott announced it was voluntarily recalling three types of infant formula after four babies who were fed formula manufactured at the Sturgis plant became sick with bacterial infections.

The F.D.A. had received three consumer complaints about Cronobacter sakazakii, a bacterium that can cause severe, life-threatening infections or inflammation of the membranes that protect the brain and spine. Abbott has said that there was no “conclusive evidence” to link the company’s formulas to the illnesses.

Dr. Robert M. Califf, the commissioner of the Food and Drug Administration, told a House panel last month that the Sturgis plant had a leaking roof, water pooling on the floor and cracks in production equipment that allowed bacteria to get in and persist.

He detailed “egregiously unsanitary” conditions but he also acknowledged that his agency was too slow in addressing problems at the plant.

In a statement on Saturday, the F.D.A. said that it had investigators at the Sturgis plant for several days to observe flooring, roofing and equipment improvements made to the facility. Abbott reported that the facility tested negative for Cronobacter, the agency said.

A consent decree the company signed with the government provides a series of new safeguards, including hiring a qualified expert to oversee improvements at the plant and notifying the F.D.A. if it finds any contamination.

The agency on Saturday said the steps it has taken, and the restarting of the Sturgis plant, “will mean more and more infant formula is either on the way to or already on store shelves moving forward.”

The plant shutdown exacerbated an existing supply crisis, as parents rushed to stock up on formula, sometimes driving for hours, as networks formed on social media to help connect them with dwindling supplies. 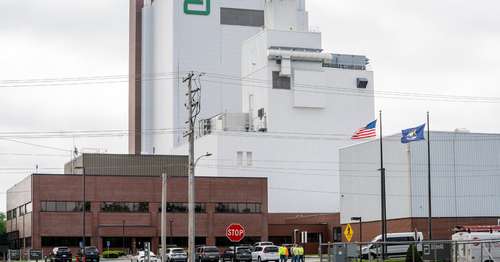 Navigating the Baby Formula Shortage in the U.S.

A growing problem. A nationwide shortage of baby formula — triggered in part by supply-chain issues and worsened by a recall by the baby food manufacturer Abbott Nutrition — has left parents confused and concerned. Here are some ways to manage this uncertainty:

Finding formula. If your baby’s formula was not affected by the recall, but is still not available, you can try calling local stores to ask when they expect to get it back in stock. You may also be able to buy it online. If your baby is on special formula, reach out to your doctor’s office: They might have samples in stock.

Picking a new formula. If you typically use a name-brand formula, look for its generic version. Alternatively, seek a new formula that matches the ingredients listed in your usual one. If your baby is on a special formula for health reasons, check with your pediatrician before switching.

Transitioning to a new product. Ideally, you will want to switch your child gradually. Start by mixing three quarters of your usual formula with one quarter of the new one and gradually phase out the old product. If you can’t transition gradually because you’ve run out of your usual formula, that’s OK, although you might notice more gassiness or fussiness during the transition.

What not to do. If you can’t find your baby’s usual formula, don’t make your own — homemade formulas are often nutritionally inadequate and at risk of contamination. Don’t try to “stretch” your formula by adding extra water, and don’t buy it from unvetted online marketplaces like Craigslist. For a baby less than 1 year old, don’t use toddler formula.

With store shelves bare in some communities, some parents have been so desperate that they have fed their infants powdered oatmeal cereal and fruit juice, even though pediatricians recommend formula or breast milk as crucial sources of nutrition from birth to a baby’s first birthday.

In the short term, imports from Europe and elsewhere announced by the White House are expected to play a greater role in easing the shortage than the Sturgis plant restarting, Steven A. Abrams, a professor of pediatrics at the Dell Medical School at the University of Texas at Austin, said on Saturday.

The Abbott plant’s reopening will be a relief to parents of severely allergic babies because EleCare is geared toward them, Dr. Abrams said.

“What most families are facing at the grocery store, the importing of the formulas that’s going to occur from British, Australian and Mexican sources, will have a lot bigger impact,” he said.

How Often Can You Be Infected With the Coronavirus?

Some Clinics Arent Waiting for Roe Decision to Stop Abortions