A ‘game-changing’ diabetes drug may help obese people shed up to a fifth of their body weight, a study suggests. Participants given a once-a-week jab of tirzepatide alongside a diet and exercise regime lost 3st 10lb on average during the 72-week trial.

The drug works by mimicking hormones in the body that help people feel full and satisfied after a meal — which are often at low levels in obese patients.

Researchers split 2,500 overweight and obese people who did not have diabetes into four groups. They were either given one of three doses of tirzepatide — 5mg, 10mg or 15mg — or a placebo.

More than half of participants in the highest dose group lost 20 per cent of their body weight by the end of the trial.

This is crucial because experts say most obese people need to lose between 15 and 20 per cent of weight to have meaningful health benefits. The results of the study were published in the New England Journal of Medicine.

A ‘game-changing’ diabetes drug could help obese people shed up to 20 per cent of their body weight, a trial suggests (stock image)

Volunteers who took the highest does of tirzepatide, 15mg, lost an average of 3st 10lb 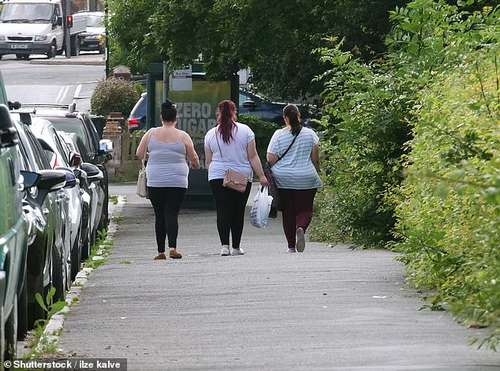 Yale University’s Dr Ania Jastreboff, lead author of the research, told The Guardian: ‘We should treat obesity as we treat any chronic disease – with effective and safe approaches which target underlying disease mechanisms – and these results underscore that tirzepatide may be doing just that.’

Dr Simon Cork, a senior lecturer in physiology at Anglia Ruskin University, said: ‘These drugs are game-changing for the obesity field but they will only work for as long as the drug is being taken.’

But Professor Tom Sanders, an expert in nutrition and dietetics at King’s College London, said there are also concerns about side effects.

Up to a third of people who took tirzepatide suffered side effects such as vomiting and diarrhoea, and it is unclear if people’s weight will rebound once they stop taking it.

Professor Sanders added: ‘This class of drugs only works providing the participants stick to the reduced calorie diet prescribed with the drug so it is not a magic bullet.’

Tirzepatide is made by American pharmaceutical company Lilly and reportedly costs £775 ($975) for a four-week course.

It activates two hormones in the body, one called glucagon-like peptide-1 (GLP-1) receptor agonists, and glucose-dependent insulinotropic peptide, or GIP. 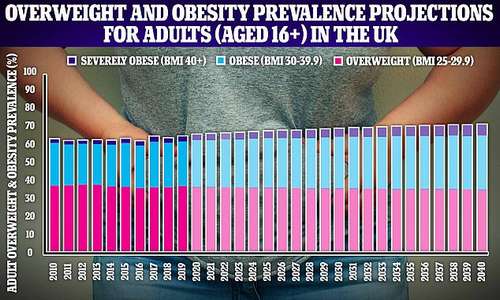 GLP-1 receptor agonists have been in use for about a decade and have transformed type 2 diabetes treatment.

Given alongside other diabetes medicine, such as metformin, they work by mimicking naturally occurring hormones involved in digestion and help patients who find they can’t lose weight through diet and exercise alone.

The drugs send signals to the brain, helping curb the appetite, stimulate the body to use up glucose in the blood and lower the amount of sugar that’s digested and absorbed from food.

A number of GLP-1 receptor agonists are now available, including exenatide, liraglutide and semaglutide, which is available in both injection and tablet form.

However, the inclusion of a second active ingredient, GIP, is what some experts say makes tirzepatide more effective.

GIP works in a similar way to GLP-1 receptor agonists, mimicking a naturally occurring digestive hormone, helping both stimulate insulin release and absorption of sugar from the blood.

There are currently two weight loss drugs available on the NHS, orlistat and liraglutide.

More than 42million adults in the UK will be overweight or obese by 2040, according to projections by Cancer Research UK

Orlistat works by preventing fat being absorbed during digestion, while liraglutide works by tricking the body into feeling full.

Both drugs are usually only prescribed if a person has already made ‘significant’ effort into losing weight through diet and exercise.

Obesity is one of Britain’s biggest health issues with the latest data showing 64 per cent of adults were either overweight or obese in 2019.

However, an analysis by Cancer Research UK last released last month predicted more than 42million adults in the UK will be overweight by 2040, about 71 per cent of the country.

This includes 36 per cent who are likely to be obese — meaning they will outnumber people in the less severe category for the first time.

In the US an estimated 73.6 per cent of adults are considered either overweight or obese.

Being overweight or obese is known to increase the risk of at least 13 different types of cancer and also causes other dangerous health conditions such as high blood pressure and type 2 diabetes.

Treating obesity-related illness is estimated to cost the NHS £6billion a year.

Can I Withhold Medical Care From a Bigot?