The patients had metastatic breast cancer that had been progressing despite rounds of harsh chemotherapy. But a treatment with a drug that targeted cancer cells with laserlike precision was stunningly successful, slowing tumor growth and extending life to an extent rarely seen with advanced cancers.

The new study, presented at the annual meeting of the American Society of Clinical Oncology and published on Sunday in the New England Journal of Medicine, would change how medicine was practiced, cancer specialists said.

“This is a new standard of care,” said Dr. Eric Winer, a breast cancer specialist, director of the Yale Cancer Center and head of the A.S.C.O. Dr. Winer was not involved with the study. He added that “it affects a huge number of patients.”

The trial focused on a particular mutant protein, HER2, which is a common villain in breast and other cancers. Drugs that block HER2 have been stunningly effective in treating breast cancers that are almost entirely populated with the protein, turning HER2-positive breast cancers from those with some of the worst prognoses into ones where patients fare very well.

But HER2-positive cases constitute only about 15 percent to 20 percent of breast cancer patients, said Dr. Halle Moore, director of breast medical oncology at the Cleveland Clinic. Patients with only a few HER2 cells — a condition known as HER2-low — were not helped by those drugs. Only a small proportion of their cancer cells had HER2, while other mutations primarily drove the cancer’s growth. And that posed a problem because the cancer cells evaded chemotherapy treatments. 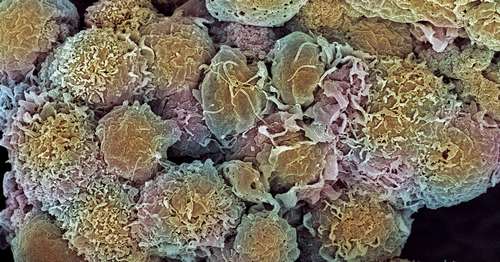 “It is unheard-of for chemotherapy trials in metastatic breast cancer to improve survival in patients by six months,” said Dr. Moore, who enrolled some patients in the study. Usually, she says, success in a clinical trial is an extra few weeks of life or no survival benefit at all but an improved quality of life.

The results were so impressive that the researchers received a standing ovation when they presented their data at the oncology conference in Chicago on Sunday.

Trastuzumab deruxtecan was already approved for patients with HER2-positive breast cancer, but few expected it to work because other drugs for such cancers had failed in HER2-low patients.

The drug consists of an antibody that seeks out the HER2 protein on the surface of cells. The antibody is attached to a chemotherapy drug. When trastuzumab deruxtecan finds a cell with HER2 on its surface, it enters the cell, and the chemotherapy drug separates from the antibody and kills the cell.

But “what is unique and distinct” about trastuzumab deruxtecan, Dr. Modi adds, is that the chemotherapy drug seeps through the cell’s membrane. From there, it can move into nearby cancer cells and kill them as well.

Like all chemotherapy, trastuzumab deruxtecan has side effects, including nausea, vomiting, blood disorders and, notably, lung injuries that led to the deaths of three patients in the trials.

But, Dr. Winer said, “if I were a patient with metastatic breast cancer, and if I were to get a drug with chemotherapy’s side effects, I’d prefer this drug.”

Doctors have said they are planning to try the treatment in their breast cancer patients who have metastatic HER2-low cancers.

Progress in the field. In recent years, advancements in research have changed the way cancer is treated. Here are some recent updates:

Pancreatic cancer. Researchers managed to tame advanced pancreatic cancer in a woman by genetically reprogramming her T cells, a type of white blood cell of the immune system, so they can recognize and kill cancer cells. Another patient who received the same treatment did not survive.

Chemotherapy. A quiet revolution is underway in the field of cancer treatment: A growing number of patients, especially those with breast and lung cancers, are being spared the dreaded treatment in favor of other options.

Leukemia. After receiving a new treatment, called CAR T cell therapy, more than a decade ago, two patients with chronic lymphocytic leukemia saw the blood cancer vanish. Their cases offer hope for those with the disease, and create some new mysteries.

“We are all going back and looking at our patients right now,” said Dr. Susan Domchek, a breast cancer specialist at the University of Pennsylvania’s Abramson Cancer Center. She says that even before the Food and Drug Administration approves trastuzumab deruxtecan for HER2-low patients, she will see if the data from the new study will be enough to convince insurers to approve the drug, which has a wholesale price of about $14,000 every three weeks.

Dr. Winer emphasized that ­trastuzumab deruxtecan is not a drug for earlier stage breast cancer; it still must be tested in that group of patients. But that is a likely next step, as is testing the drug in other cancers and extending its strategy beyond HER2.

“This strategy is the real breakthrough,” he said, explaining that it would enable researchers to zoom in on molecular targets on tumor cells that were only sparsely present.

“This is about more than just this drug or even breast cancer,” Dr. Winer said. “Its real advantage is that it enables us to take potent therapies directly to cancer cells.”

One patient in the current study, Mary Smrekar, age 55, of Medina, Ohio, said she felt she got a temporary reprieve from certain death.

She was diagnosed with breast cancer in 2010 and has undergone surgery, chemotherapy and radiation. Her cancer went into remission.

“I thought I was free and clear,” she said.

But in 2019, the cancer came back. It had spread to her pelvis. She had chemotherapy, but this time, there was little improvement.

Two years ago, she entered the trial at its Cleveland Clinic site. Her cancer has not gone away, but the tumors stopped growing.

“I’m so happy I got another two years,” Ms. Smrekar said. “My daughter is getting married next month. I didn’t think I’d make it to the wedding.” The Fight Over Abortion History 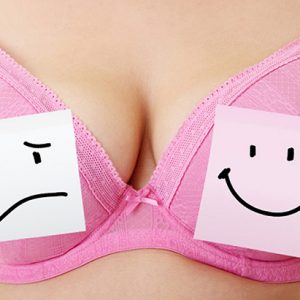