Outside advisers to the Food and Drug Administration voted unanimously on Wednesday to recommend that the agency authorize the Moderna and Pfizer-BioNTech coronavirus vaccines for very young children, a move that could clear the way for regulators to authorize both pediatric vaccines on an emergency basis later this week.

The F.D.A. has said that clinical trial data from the companies shows that each vaccine met the criteria for safety and effectiveness in the age group.

More than two years into the pandemic, no vaccine has been authorized for children younger than 5 in the United States, an unmet need that has dismayed many parents. The F.D.A. is expected to act on the recommendations promptly, followed by the Centers for Disease Control and Prevention later this week.

The panel of advisors voted 21-0 to recommend authorization of both Moderna’s and Pfizer’s vaccines. “I know that the death rate from Covid and young children may not be extremely high,” said Dr. Jay Portnoy, a professor of pediatrics at Children’s Mercy Hospital in Kansas City, Mo. But he said: “It’s absolutely terrifying to parents to have their child be sick” or hospitalized.

“There are so many parents who are absolutely desperate to get this vaccine,” he added, “and I think we owe it to them to give them the choice.” 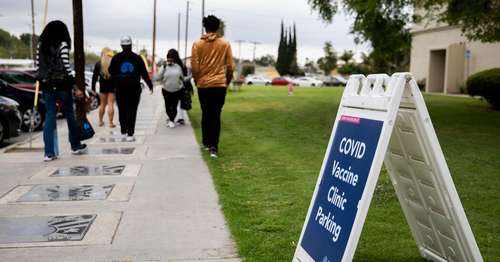 Given the waning of protection observed among adult recipients and the virus’s rapid evolution, regulators have said children who would get Pfizer’s and Moderna’s vaccines would most likely require a booster. That would mean Pfizer’s vaccine, developed with the German firm BioNTech, could wind up as four doses, while Moderna’s could be three.

Both Pfizer-BioNTech and Moderna’s vaccines provoked levels of neutralizing, or virus-blocking, antibodies among children comparable to those in teens and young adults 16 to 25. Pfizer’s vaccine has been authorized for children 5 to 15 since last year, and regulators said it helped prevent hospitalization and deaths.

After two doses, Pfizer’s vaccine was about only 28 percent effective in preventing symptomatic infection in children aged 6 months through 4 years old. Pfizer has suggested the vaccine was 80 percent effective after a third dose, but the finding was based on only 10 cases out of a subset of the 1,678 trial participants. The trial protocol specified that vaccine efficacy assessments be based on at least twice that many cases; the tiny number of cases on which the efficacy finding was based was a subject of consternation among committee members and regulators on Wednesday.

Dr. Doran Fink, a senior federal vaccine regulator, called Pfizer’s efficacy data preliminary. “We consider it to be imprecise and potentially unstable,” he said. “Exactly what the vaccine efficacy is after dose three needs further data.”

Moderna found its vaccine to be 51 percent effective in preventing symptomatic infection in children 6 months to 2 years old, and 37 percent effective in children 2 through 5. Those results appear consistent with those reported in studies of adults during the Omicron era, the F.D.A. said. Still, immunization continues to offer strong protection against severe disease that leads to hospitalization and death.

Regulators and company officials spent part of the day discussing side effects caused by vaccines.The vast majoritywere mild and tolerated by children in clinical trials: irritability and crying, sleepiness, fatigue and loss of appetite. Smaller numbers of trial participants endured fevers, but those were consistent with the effects of other pediatric vaccines.

In younger age groups, fevers can be more debilitating and require more urgent medical attention, a dynamic that put significant pressure on the manufacturers to calibrate dosing correctly. Pfizer chose a dose at just a tenth the strength of the adult dosing, given in three shots; the first two are administered three weeks apart, with the third coming at least eight weeks after the second. Moderna used a quarter the strength of its adult dosing, administered in two shots, four weeks apart.

Some difficult questions remain. Importantly, neither vaccine has been tested against subvariants circulating the United States. The clinical trials were largely conducted when the Omicron variant prevailed. Two subvariants, BA.4 and BA.5, could become dominant within a month.

The need to protect these children from Covid is great, said Dr. Peter Marks, the F.D.A.’s top vaccine regulator, at the meeting. He added that hundreds of children had died of Covid, a rate he said “compares quite terribly” to pediatric deaths during a major influenza surge in 2009 and 2010.

Grandmother-of-eight, 70, able to go on long walks and rollercoasters after operation