You could find some surprising treatments on offer when you next visit your GP surgery. Instead of a prescription for pills, you might be given one to join a walking group, or an arts society, or to work on an allotment.

This is known as ‘social prescribing’, a radical approach to treatment being rolled out by the NHS. The aim is to help patients who have chronic problems that standard treatments haven’t helped, to help themselves.

Later this week, a group of senior politicians and retired NHS grandees are backing the launch of the Beyond Pills campaign, which urges the Government to make it happen faster.

Singing: You could find some surprising treatments on offer when you next visit your GP surgery. Instead of a prescription for pills, you might be given one to join a walking group, or an arts society, or to work on an allotment (File image)

Someone who says he’s benefited hugely from social prescribing is Sean Jennings, 61, a former engineer from Cornwall, who ever since a hernia operation 25 years ago has lived in constant, crippling pain.

‘All that time, I took any drug the doctor offered, including huge doses of the painkiller OxyContin, but nothing helped for long,’ he says. 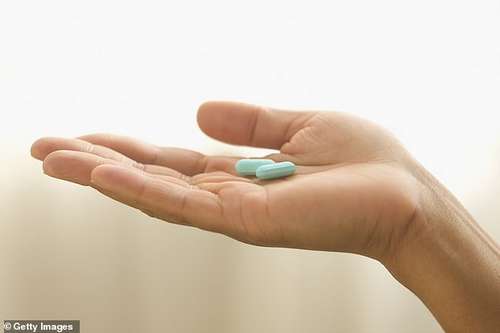 ‘Four years ago, I’d become desperate. I was sluggish from the drugs and still in pain. I couldn’t go shopping or play with my grandchildren.’

His GP, who was part of the local social prescribing network, referred him to a pain management clinic.

‘Its mantra was ‘Skills, not pills’ and it changed my life,’ says Sean. ‘I’m now off all drugs. My pain hasn’t gone, but I’ve been taught how to ignore it.’

Social prescribing became an official health service policy in October 2019 when the UK National Academy of Social Prescribing was opened by the then-health secretary, Matt Hancock. He said it could ‘help us combat over-medicalising people’ and save money.

The scale of the over-prescription of drugs — defined by the Department of Health and Social Care as giving patients drugs ‘they don’t need or want, or where harm outweighs benefits’ — was revealed by a report it published two years later.

ThE report showed that 15 per cent of the population were taking five or more drugs a day and that 20 per cent of patients over 65 who were in hospital were there because of a dangerous reaction to prescribed drugs.

Social prescribing relies on local resources such as libraries, choirs, walking groups and courses in everything from baking to yoga (File image)

The need for change was supported by the National Overprescribing Review, published last year by the former chief pharmaceutical officer for England, Dr Keith Ridge.

Dr Ridge wrote: ‘Ten per cent of prescription items dispensed through primary care are either inappropriate for patients’ needs or they could be better served with treatments that tackled what was going on in people’s lives.’

This means dealing with, for instance, difficulty sleeping, poor diet or isolation.

These, in turn, can be helped with social prescribing, according to Dr Anant Jani, a research fellow at the University of Oxford, who is working with the Royal College of General Practitioners to assess its benefits. Social prescribing relies on local resources such as libraries, choirs, walking groups and courses in everything from baking to yoga.

It was learning new skills that transformed Sean Jennings’s life.

At the pain clinic, he was taught strategies to help deal with common problems created by chronic pain, such as mood swings and insomnia.

‘I’d rarely get more than two hours’ sleep before I was woken by the pain,’ says Sean.

‘Now, thanks to learning a system of meditation that allows me to create images that can drown out the pain — such as lying on the beach, listening to the waves — I sleep right through the night.

‘I also use it to handle anxiety. It gives you a sense of control.’

Central to social prescribing systems is the ‘link worker’. This is someone, funded by the NHS, who knows what is available locally and then helps the patient match this with what they feel they need.

‘They also have the time to listen to patients and find out what they want,’ says Dr Jani.

Some GPs act as link workers themselves. For instance, Professor Sir Sam Everington, a pioneer of social prescribing, is a GP in Bromley-by-Bow in East London, where they offer activities to reduce loneliness or help with translation problems for the Bangladeshi community.

Like other link workers, doctor and patient ‘form a partnership’. Professor Everington says: ‘My job is to find out what the patient wants and needs.’

One of the first UK social prescribing projects was set up in Frome, Somerset, four years ago.

‘We identified community groups and other social resources and passed the details to GPs,’ says co-ordinator Dr Helen Kingston.

The results showed that over three years the number of emergency hospital admissions fell by 17 per cent, compared with a 23 per cent rise in the admissions rate in similar nearby towns.

There is vigorous debate going on about evidence for social prescribing, such as gardening (File image)

However, there is vigorous debate going on about evidence for social prescribing.

‘Social prescribing is a great idea,’ says Peter Tyrer, an emeritus professor of community psychiatry at Imperial College London. ‘It’s reasonable to think it could be especially helpful for particular groups, such as those who are miserable with poor quality of life. ‘But, at the moment, it hasn’t been evaluated properly,’ he says.

‘There isn’t data to show what works and, crucially, what doesn’t. The link workers, for instance, aren’t trained in mental health and that could lead to dangerous mistakes with difficult cases.

‘Treatments don’t get accepted on the NHS until NICE guidelines recommend them — and for that they need good evidence.

‘As a start, a serious effort should be made to systematically gather data on what works and, more importantly, what doesn’t. I’ve seen few accounts of failures.’

But Dr Jani argues that the effectiveness of social prescribing is hard to test. ‘It is much more complex than giving a drug,’ he says. ‘The real question is not ‘Does it work?’, but, given the scale of the crisis we are facing: ‘Can we afford for it not to work?’

There are also concerns about the practicalities of such schemes — including who pays for it.

Despite the debate about the quality of the evidence and the practical problems, social prescribing is an official NHS policy (File image)

Dr Laura Marshall-Andrews, who runs the Health and Wellness centre in Brighton, says: ‘It’s not like buying into a franchise. It’s a hard slog. You have to chase funding. The local clinical commissioning group refused to fund us, saying we were not doing proper medicine.’

While some social prescribing treatments are volunteer-run and therefore ‘free’, GP practices may have to find funding from the NHS or charitable organisations.

Dr Marshall-Andrews, for instance, has been helped by the Arts Council.

‘The NHS is bad at upfront payments and only pays the link workers, not the treatment providers, which could cause problems when demand expands,’ she says. ‘You have to be very resourceful to make it work.’

Despite the debate about the quality of the evidence and the practical problems, social prescribing is an official NHS policy.

Even so, the rollout is too slow, say proponents such as the College of Medicine. Its Beyond Pills Campaign is supported by Stephen Dorrell, former Secretary of State for Health, Lord Crisp, previously Chief Executive of NHS England, and Sir Norman Lamb, former Minister of State for Care and Support.

Sir Norman told Good Health: ‘As well an alternative or in addition to pills, [social prescribing] gives GPs something else of value to offer.’

Routine Childhood Vaccinations in the U.S. Slipped During the Pandemic