NHS patients battling against a deadly form of a common skin cancer will now get a drug that can banish tumours for twice as long as current treatments.

Cemiplimab will be available to hundreds of patients with advanced squamous cell carcinoma who haven’t responded to surgery and radiotherapy.

The disease, the second most common skin cancer, is normally not life-threatening and relatively easy to treat, but in rare cases it spreads to other parts of the body and becomes fatal.

Previously only a handful of people could access cemiplimab as part of a clinical trial. Now the UK drugs watchdog, the National Institute for Health and Care Excellence (NICE), has ruled it will be available to all NHS patients when their disease starts to spread.

The decision follows striking trial data that revealed half of patients on cemiplimab live for at least two years. Typically, experts say those at this stage of the illness do not survive longer than a year. Previous trials have shown the medicine shrank tumours by more than 30 per cent.

NHS patients battling against a deadly form of a common skin cancer will now get a drug that can banish tumours for twice as long as current treatments. Cemiplimab will be available to hundreds of patients with advanced squamous cell carcinoma who haven’t responded to surgery and radiotherapy. (File image)

Dr Andrew Sykes, consultant clinical oncologist at The Christie NHS Foundation Trust in Manchester, said: ‘Before this drug arrived, these patients were often left staring down the barrel of a life sentence and rarely survived more than a year. But now we’re seeing patients in our clinic who have been on this drug for at least two years and are still disease-free. It really is life-changing.’

About 28,000 people in the UK are diagnosed with squamous cell carcinoma every year. The vast majority of cases are caused by damage to the skin from UV rays – either from the sun or tanning beds. The cancer appears as a small, firm, pink lump, usually on the face or neck. The patch then becomes rough and crusty, feels tender to the touch and can bleed.

It is uncommon for the disease to spread – unlike melanoma skin cancer, the most common form, which kills about 2,300 Britons every year. Usually squamous cell carcinoma is caught early and treated successfully with a small procedure to remove the lesion. It can either be cut out or frozen off, using extremely cold liquid nitrogen. Most patients also have radiotherapy to kill remaining cancer cells.

Hollywood star Diane Keaton, now 76, had a squamous cell carcinoma successfully removed from her face in middle age and has since become an advocate for sun safety. 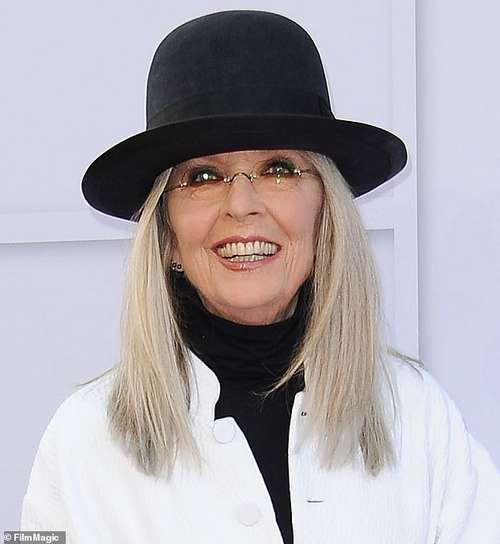 But in roughly 1,000 cases every year in the UK, the cancer returns elsewhere in the body, where it is aggressive and difficult to treat. The disease is also likely to spread if not caught early enough, as is the case for about 600 patients every year.

Hollywood star Diane Keaton (above), now 76, had a squamous cell carcinoma successfully removed from her face in middle age and has since become an advocate for sun safety

Prior to the arrival of cemiplimab, there was little doctors could do for advanced disease – chemotherapy would typically extend life by only a few months.

Cemiplimab works by blocking proteins on the surface of a cancer cell that help it hide from the immune system. The body’s fighter cells can then quickly detect it and destroy it. Treatment continues for up to two years, or until the treatment stops working. A very small number may stop due to severe side effects – the drug affects the immune system, so may leave patients vulnerable to infections.

‘For the vast majority side effects are mild – things like tiredness, itchy rash and aches and pains are common,’ said Dr Sykes.

One patient to have benefited from the drug is retired engineer William Rankin, from Standish in Lancashire. The grandfather-of-two, now 80, was diagnosed with skin cancer in 2017 after his dentist noticed a lump on the top of his head.

William had three lumps removed and underwent radiotherapy to kill off any remaining cancer cells, but the cancer spread to his lungs, liver and lymph nodes under his arms.

In November 2019, William was referred to The Christie and was offered cemiplimab. He stopped the treatment in November 2021, having reached the two-year limit, and remains cancer-free today.

‘This drug has given me a lifeline,’ says William. ‘I know that if I hadn’t had it, I might not be here today, and it is heartening that now others will be granted the same.’ 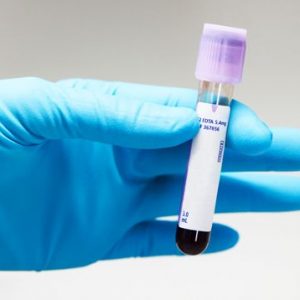 The shocking video that lays bare dire state of NHS