Over the past couple of decades, however, the animal research on sleep deprivation has become more nuanced, precise and, possibly, applicable to humans, according to Dr. Sigrid Veasey, a neuroscientist at the University of Pennsylvania, and Zachary Zamore, a researcher in Dr. Veasey’s lab, the authors of the new review.

After surveying past studies of sleep-deprived mice, many of which Dr. Veasey conducted, the researchers found that when the animals were kept awake for just a couple of hours more than usual each day, two key parts of the brain were notably affected: the locus coeruleus, which manages feelings of alertness and arousal, and the hippocampus, which plays an important role in memory formation and learning.

These regions, which, in humans, are central to sustaining conscious experience, slowed down the animals’ production of antioxidants, which protect neurons from unstable molecules that are constantly being produced, like exhaust fumes, by functioning cells. When antioxidant levels are low, these molecules can build up and attack the brain from inside, breaking down proteins, fats and DNA.

“Wakefulness in the brain, even under normal circumstances, incurs penalties,” Dr. Fernandez said. “But when you’re awake for too long, then the system gets overloaded. At some point, you can’t beat a dead horse. If you’re asking your cells to remain active for 30 percent more time each day, cells die.” 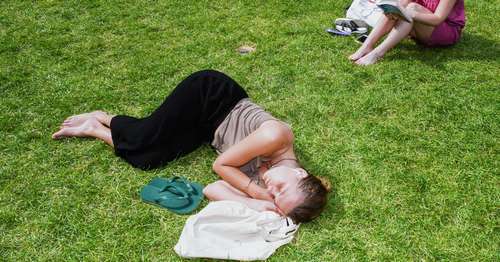 In the brains of mice, sleep deprivation led to cell death after a few days of sleep restriction — a much lower threshold for brain damage than previously thought. It also caused inflammation in the prefrontal cortex and increased levels of tau and amyloid proteins, which have been linked to neurodegenerative diseases like Alzheimer’s and Parkinson’s, in the locus coeruleus and hippocampus.

After a full year of regular sleep, the mice that previously had been sleep-deprived still suffered from neural damage and brain inflammation. To Dr. Veasey and Mr. Zamore, this suggested that the effects were long-lasting and perhaps permanent.

Nevertheless, many scientists said that the new research should not be cause for panic. “It is possible that sleep deprivation damages rat and mouse brains, but that doesn’t mean that you should get stressed about not getting enough sleep,” said Jerome Siegel, a sleep scientist at the University of California, Los Angeles, who did not contribute to the review.

Which Animal Viruses Could Infect People?