One expert is warning that monkeypox will become the next pandemic to strike the world, as the current outbreak of the virus has caused over 30,000 cases worldwide — with about a third of infections detected in the United States alone, home to the largest outbreak in the world.

Dr. Joseph Eisenberg, a epidemiologist at the University of Michigan in Ann Arbor, said in an interview that he believes the erupting virus will become the next pandemic in the US, but not reach the same heights as COVID-19.

His comments come as the nation’s outbreak begins to spiral out of control.

The Centers for Disease Control and Prevention (CDC) recorded another 366 infections on Thursday, bringing the confirmed cases total to 10,758.

The surge in cases and the potential for the virus to become a pandemic has left health officials scrambling. America is facing a massive shortage of vaccines, with only around 1.1 million available.

The Food and Drug Administration (FDA) is reportedly considering splitting shots into fifths to make limited supplies go further — though have been criticized for the move as their is little data supporting it.

‘Monkeypox is the next pandemic,’ Eisenberg said.

‘It is spreading globally through several countries, including the US In the US, cases are rapidly increasing into the thousands.

‘It’s a different kind of pandemic than what we see in Covid, however, because it is much less infectious and it is currently affecting a specific risk group that involves very close, intimate contact. And so, yes, it’s a pandemic, but it’s not anything like the Covid pandemic.’

Not all agree the situation is this serious, though. Dr. Andrew Brouwer, an assistant research scientist at Michigan’s School of Public Health, pushed back in the same interview.

‘The COVID-19 pandemic has sensitized us to disease transmission. Other outbreaks… received much less attention,’ he said.

‘That is not to say that we should let the MPV and other outbreaks fly under the radar, but we should have some perspective that outbreaks of various diseases happen all the time and not all are existential threats.’

Brouwer does think the increased attention on the virus is helping fight it, though, making the average more aware of its spread and how to spot a potential case.

The virus has spread rapidly to start the new month. More than half of the 10,758 total confirmed US cases -5,569 — have been detected over the last 11 days alone.

More than one-fifth of US cases are in New York, where 2,187 cases have been confirmed. The Big Apple in particular has emerged as the nation’s biggest monkeypox hotspot — just as it did early in the COVID-19 pandemic.

California (1,892 monkeypox cases confirmed) and Florida (1,053) are the only other states that have logged more than 1,000 cases each.

The virus has been detected in 49 states and the District of Columbia, with Wyoming the lone state to still be at zero.

Case figures have ramped up in recent weeks, likely for multiple reasons. The Centers for Disease Control and Prevention (CDC) has greatly expanded testing efforts — with the nation able to test around 80,000 people each week.

Americans are now more aware of monkeypox as well, and a person experiencing symptoms is more likely to seek medical attention. Doctors are also more vigilant to get someone exhibiting symptoms tested.

But there are also fears that the virus is rampantly spreading to the point where it can no longer be controlled — especially as more cases erupt outside of gay and bisexual men, who initially made up nearly every infection.

Officials seem to have been caught off-guard by this outbreak, though, leading to an initial shortage of tests and lacking supply of vaccines that still is hampering the response.

When jabs have become available in major population centers like New York City, appointments have been filled within minutes due to the exceedingly high demand.

In order to quell the shortage of the Jynneos monkeypox vaccine, federal officials are planning on delivering doses of the vaccine that are only 0.1 milliliter (ml) — a massive drop from the 0.5 ml standard dose.

They believe that using an intradermal injection — which delivers the vaccine between the layers of the skin instead of underneath the skin’s fat — will make sure the shot is just as effective.

But there are some questions as to whether this is the right move.

In 2015, researchers gathered that smallpox vaccines were just as effective when delivered in smaller doses if the injection was performed intradermally.

It was just one study performed on 524 participants, though, and using a different vaccine.

Paul Chaplin, CEO of Jynneos’ manufacturer Bavariant Nordic, published an open letter to Dr Xavier Becerra, secretary of the Department of Health and Human Services and Dr Robert Califf, commissioner of the Food and Drug Administration expressing concerns about the lack of data supporting the plan.

The Danish pharma giant is asking for more trials to be performed on the effectiveness of the smaller doses before the nation overhauls its vaccine strategy.

Currently, shots are mainly reserved for men who have sex with other men — though some exposed people have been granted the shot as a precaution.

Access to the shots may need to be expanded soon. Some officials fear that the virus has already escaped that sexual network and is now in other groups as well.

‘There’s a potential to get this back in the box but its going to be very difficult at this point,’ Dr Scott Gottlieb, formed FDA chief, told CBS’ Face the Nation last weekend.

‘We’re continuing to look for cases in the community of men who have sex with men, its primarily spreading in that community, but there’s no question it has spread outside that community at this point and I think we need to start looking for cases more broadly.’

Gottlieb said that any person with an atypical case of either shingles or herpes should be tested for monkeypox at this point.

Expanding testing will either find more cases — giving officials more information they can use to control the outbreak — or will confirm more people as negative and confirm areas where the virus is not spreading.

He also believes the CDC should begin wastewater surveillance — which can give more general pictures of where the virus is spreading without individual testing.

Despite his concerns, Gottlieb does not think the virus has reached a point where the average American should be worried.

‘I don’t think this is something people need to be generally worried about,’ he explained.

‘I think the incidence of this infection in the broader community is still very low. Your risk of coming into contact with monkeypox is still exceedingly low outside of certain social networks where you see a higher case rate.

‘If you want to contain it… we need to start looking more widely for it.’ 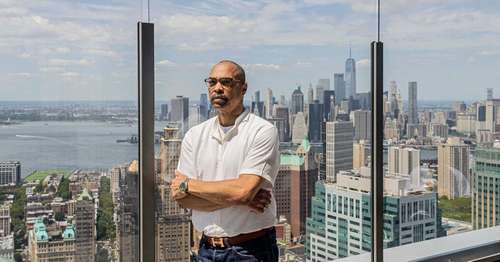