Britain’s former vaccine Tsar Dame Kate Bingham has criticised civil servants who have ‘taken their foot off the gas‘ by relying on existing Covid-19 jabs ‘which are not good enough’.

Dame Kate has accused Whitehall of ‘going back to form’ rather than searching for new vaccinations to target the next variants.

The current set of vaccines have dramatically reduced the Covid death rate, but their efficiency at preventing infection has waned.

Some reports suggest protection against the Omicron variant can be wiped out within six months of vaccination.

Former vaccine tsar Kate Bingham, pictured, was accused the civil service of ‘taking their foot off the gas’ in the search for new and more effective Covid-19 vaccinations

Dame Kate told The Times: ‘People say, «You know, not as many are dying,» which is true. So we take our foot off the gas and focus on something else. But none of the vaccines are good enough. They don’t block transmission, they don’t protect for very long. mRNA doesn’t have good durability, the data is pretty clear on that.’

The venture capitalist was brought in to lead the search for vaccines and ensure they would be rapidly delivered to the public.

She said within the civil service there was ‘little relevant scientific and business experience across government, a culture of under-performance in delivering outcomes [and] a distrustful and often dysfunctional relationship between government and the biosciences industry’.

A Department of Health and Social Care spokesperson said: ‘We are not remotely complacent about Covid and we continue to do everything we can to protect the public. We are the very first country in the world to approve Moderna’s new bivalent vaccine.

‘Our existing Covid vaccines have saved countless lives and continue to allow us to live with this virus without restrictions.

‘Vaccines remain our best defence against serious illness from Covid and eligible people should come forward for their autumn booster when invited.’

Dame Kate’s concerns come as a study by Imperial College London found two-thirds of cases can pass it on five days after their symptoms begin, with a quarter still infectious after a week.

This is contrary to NHS guidance which states ‘many will no longer be infectious to others after five days. No-one in the UK legally has to isolate after testing positive for Covid.

Professor Ajit Lalvani, from Imperial College London and the lead author of the study, recommended people isolate for five days and do not leave isolation until they have tested negative twice on lateral flow tests.

It came after Tony Blair’s Institute for Global Change urged the government to consider ‘mandatory mask wearing on public transport and most indoor public venues’ to reduce pressures on the NHS this winter.

And the World Health Organization (WHO) has urged people to ‘wear a mask and maintain social distancing’, adding: ‘Learning to live with Covid-19 does not mean pretending it’s not there.’

Health leaders have warned the NHS faces a crisis this winter, with the triple threat of Covid, flu and soaring fuel prices set to pile pressure on hospitals during the colder months.

The new study, published in The Lancet Respiratory Medicine journal, is the first of its kind to reveal how long infectiousness lasts after coronavirus infection in the community.

Experts monitored 57 people at home after they were exposed to Covid to test how long they remained infectious.

Participants filled in questionnaires about their symptoms and took detailed daily tests to see how much virus they were shedding.

Just one in five people were infectious before their symptoms developed, but two thirds of cases were still infectious five days after first falling unwell.

Professor Lalvani, director of the NIHR Health Protection Research Unit in Respiratory Infections at Imperial, said: ‘Before this study we were missing half of the picture about infectiousness, because it’s hard to know when people are first exposed to SARS-CoV-2 and when they first become infectious.

‘By using special daily tests to measure infectious virus (not just PCR) and daily symptom records, we were able to define the window in which people are infectious.

‘This is fundamental to controlling any pandemic and has not been previously defined for any respiratory infection in the community.’

He added: ‘Combining our results with what we know about the dynamics of Omicron infections, we believe that the duration of infectiousness we’ve observed is broadly generalisable to current SARS-CoV-2 variants, though their infectious window may be a bit shorter.

‘Our evidence can be used to inform infection control policies and self-isolation guidance to help reduce the transmission of SARS-CoV-2.’

Rishi Sunak was last night accused of desperately rewriting history by claiming it had been a mistake to ’empower’ scientists who ‘screwed’ Britain during Covid — despite originally backing ‘bold’ measures.

The ex-Chancellor last night sensationally claimed it was an error to bow so heavily to SAGE, the Government’s influential scientific committee, whose doom-laden forecasts swayed Boris Johnson into a series of damaging restrictions.

In the same blistering interview with the Spectator magazine, the Tory leadership hopeful argued No10 failed to acknowledge economic trade-offs ‘from the beginning’. 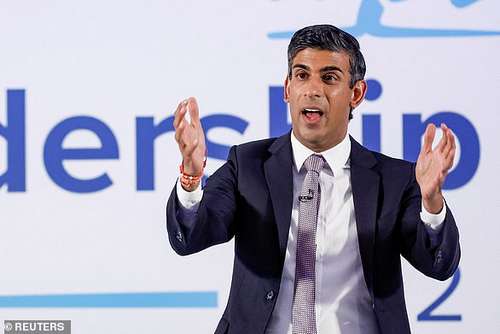 Despite helping to thwart the pandemic in the early days, the Government’s two-year cycle of curbs crippled the economy and saw NHS backlogs soar. Ministers eventually lost faith in draconian policies, instead to resorting to relying on vaccines and immunity to keep Covid at bay.

Mr Sunak, who describes himself as an ‘underdog’ in the race to become the next Prime Minister, complained he ‘wasn’t allowed to talk about the trade-off’ between the virus-controlling effects of lockdowns and the impact on the health service, economy and education — in a piece that heavily suggested he was opposed to lockdowns.

But SAGE scientists today accused him of passing the buck, arguing that ministers are the ones who make decisions and it is ‘not the fault’ of experts that ministers failed to source wider advice.

Other experts pointed out that SAGE’s viewpoints were dismissed because they were trying to urge the Government to act sooner.

Professor John Edmunds, an epidemiologist and one of the most outspoken members of SAGE, told MailOnline: ‘It’s an old adage that advisors advise and ministers decide. This is how it should be, how it has always been and how it was during the pandemic.’

And critics today accused him of political game-playing, questioning why he didn’t publicly speak out at the time if he was so against the measures. Social media commentators called his silence ‘weak’ and ‘pathetic’.

Mr Sunak already appeared to be back-tracking by midday, saying he was not arguing that the first lockdowns were a mistake — despite heavily suggesting last night that it would not have gone ahead without SAGE’s gloomy exaggerated modelling.

The PM candidate supported Britain’s tough stance when the virus first hit, even taking to a Downing Street podium in an April 2020 briefing to urge people to stay at home to protect the health service and save lives. Weeks earlier, he said it was ‘a time to be bold, a time for courage’.

Economic measures brought in to contain the pandemic, when Mr Sunak was Chancellor, cost up to £400billion but huge amounts were wasted on unusable PPE, while the furlough scheme was abused.

At the same time, the virus-controlling policies had a devastating effect on healthcare and are largely blamed for fueling diagnosis and treatment delays, especially among cancer patients, with thousands expected to die early.

But Mr Sunak boasted last month that he personally blocked another lockdown during the winter Omicron wave. 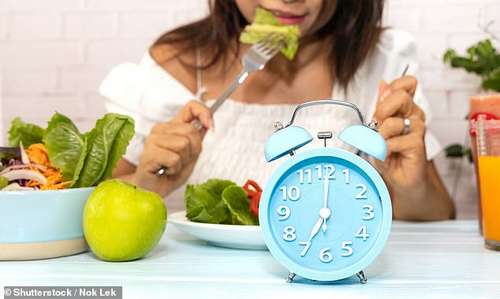 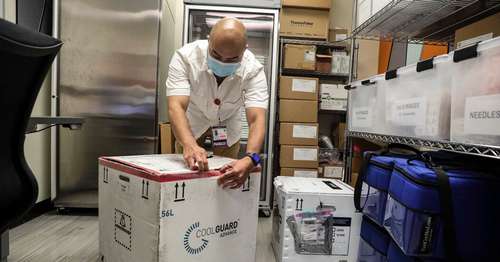