A panel of experts are asking for clinical guidance regarding exposure to ‘forever chemicals’ to be updated amid a growing body of evidence showing the compounds many Americans interact with day-to-day pose significant long-term danger.

A report published by a panel of experts in the National Academies of Sciences, Engineering, and Medicine (NASEM) recommends that people with a known exposure to per- and polyfluoroalkyl substances (PFAS) — either through work or at home — be screened for traces of the chemicals in their blood and are given additional information on the potential long-term negative effects of the exposure.

The world is slowly learning more about these chemicals. A growing body of research also shows that repeated exposure to them could put a person at an increased risk of developing cancer, issues when giving birth and raises their overall mortality risk.

These chemicals are more common than many people think. Non-stick kitchen equipment can often have the substances lying on them. Eating some fish or daily products could expose a person as well. They could even be found in tap water and on some fabrics.

In response to these findings, the Environmental Protection Agency (EPA) lowered the acceptable exposure to the chemicals by over 99 percent in June. The change is still very recent, though, meaning that a large portion of Americans have already been unknowingly exposed and could suffer health issues down the line as a result.

The experts warn that while not all exposure will lead to poor health outcomes, it is likely that nearly 100 percent of the U.S. population has been exposed.

‘Furthermore, almost 100 percent of the US population is exposed to at least one PFAS.’

The panel recommend that people who have known exposure receive blood testing to look for traces of the chemicals.

Synthetic chemicals common in food packaging and some kitchenware may quadruple the risk of cancer, a study warns.

People who had the most recorded exposure to the man-made toxins suffered up to a 4.5-fold increased risk of being diagnosed with the disease compared to those with the least.

The Centers for Disease Control and Prevention warns these chemicals are everywhere — from non-stick cookware, tap water, to seafood, waterproof clothing, cleaning products and even shampoo.

This study comes as part of a growing body of research showing the danger of these compounds that were relatively unknown until recent years.

Experts fear the damage may have already been done, however, and that many Americans could face significant health issues in the future.

‘Liver cancer is one of the most serious endpoints in liver disease and this is the first study in humans to show that PFAS are associated with this disease,’ Dr Jesse Goodrich, a postdoctoral scholar at USC said in a statement.

These chemicals are in many products that Americans may interact with day-to-day. They are most famously in non-stick pots and pans, where they can contaminate food after reaching high heat.

They are also often found in some stain resistant and waterproof clothing and food packaging.

The Centers for Disease Control and Prevention (CDC) also warns that the chemicals could contaminate tap water.

As a result, some livestock and crops that a person may eventually eat could be contaminated with the chemicals as well.

Some heat-insulating fast food packaging makes use of the dangerous chemicals as well.

Officials warn that many people may have has increased exposure to the chemicals through the workplace as well, particularly those who work at an airport, military base or wastewater treatment plant.

This type of increased exposure can be incredibly dangerous. The chemicals can blunt a person’s antibody responses to some sicknesses, increasing their risk of severe complications or death.

It is also tied to multiple cancers, like breast, testicular and kidney. A mother with significant exposure to the chemicals could pass it on to a child when they give birth. She is also more likely to have a failed pregnancy.

The EPA took drastic action against these chemicals in June. It issued an advisory drastically reducing acceptable levels of forever chemicals in household goods.

As per the new guidance, the EPA no longer recommends drinking water with more than 0.004 parts per trillion (ppt) of PFOA and 0.02 ppt of PFOS.

Previous guidance had a maximum recommended amount of ppt at 70, a massive shift by America’s top environmental agency.

‘People on the front-lines of PFAS contamination have suffered for far too long,’ Michael Regan, administrator of the EPA, said in a statement.

‘That’s why EPA is taking aggressive action as part of a whole-of-government approach to prevent these chemicals from entering the environment and to help protect concerned families from this pervasive challenge.’

While the reductions will help avoid more exposures in the future, the NASEM piece discusses what more needs to be done to help those already afflicted.

The panel is calling for the CDC Agency for Toxic Substances and Disease Registry (ATSDR) to update its guidance regarding these exposures.

First, those with a known exposure — especially through the workplace — should be blood tested to test for forever chemicals.

Those who are found to be at risk of health defects down the line because of the exposure should be informed so, and made aware of what they should watch out for with their health.

Artificial sweeteners should ‘not be assumed to be safe’, scientist warns 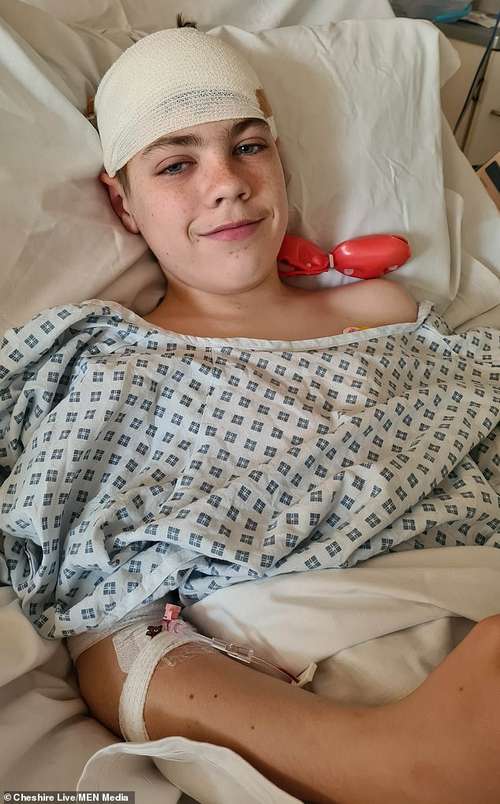 Teenage footballer, 15, has surgery for brain tumour after doctors misdiagnosed him with long Covid