Polio has been detected in New York City wastewater, suggesting that the virus that causes the disease is probably circulating in the city, the health authorities said on Friday.

The announcement came three weeks after a man in Rockland County, N.Y., north of the city, was diagnosed with polio that left him with paralysis. Health officials fear that the detection of polio in New York City’s wastewater could precede other cases of paralytic polio.

The spread of the virus poses a risk to unvaccinated people, but a three-dose course of the vaccine provides at least 99 percent protection.

Most adults in the United States were vaccinated against polio as children. In New York City, the overall rate of polio vaccination among children 5 and under is 86 percent. Still, in some city ZIP codes, fewer than two-thirds of children in that group have received a full regimen, a figure that worries health officials. (The citywide vaccination rate dipped amid the pandemic, as visits to pediatricians were postponed.)

Although many people who become infected with polio do not develop symptoms, about 4 percent will get viral meningitis and about 1 in 200 will become paralyzed, according to the health authorities. Parents of children who have not yet been fully vaccinated should see that they are immediately, officials said.

“The risk to New Yorkers is real but the defense is so simple — get vaccinated against polio,” Dr. Ashwin Vasan, the New York City health commissioner, said in a statement. “With polio circulating in our communities, there is simply nothing more essential than vaccinating our children to protect them from this virus, and if you’re an unvaccinated or incompletely vaccinated adult, please choose now to get the vaccine.”

“Polio is entirely preventable and its reappearance should be a call to action for all of us,” he added. 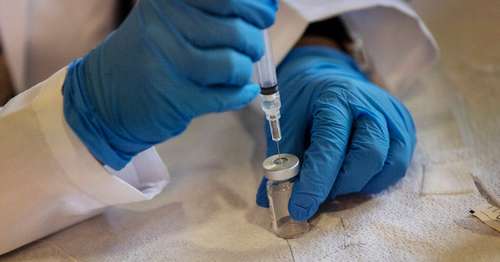 While the polio virus had previously been detected in wastewater samples in Rockland and neighboring Orange Counties, the announcement on Friday was the first sign it had been found in New York City.

The city’s health department did not provide details about where exactly in the five boroughs polio had been found in the wastewater, nor did officials provide dates for when the virus was detected or say how many samples had tested positive.

The last case of polio to be found in the United States before the one in Rockland County was in 2013. Before the introduction of vaccines, the virus was a source of dread, especially during summer months, when the potential for it to spread tended to peak. In those days, preventive steps included closing public swimming pools, and asking that parents keep their children indoors.

In 1916, polio killed 6,000 people in the United States and left at least another 21,000 — most of them children — with some permanent disability. New York City, and Brooklyn in particular, were hit hard. An outbreak in 1952 caused paralysis in more than 20,000 people, and left many children enclosed in iron lungs. The first effective vaccine emerged just a few years later, and the virus began to recede.

Today, polio is endemic in only two countries, Pakistan and Afghanistan, and has been kept at bay elsewhere through the wide use of vaccines. 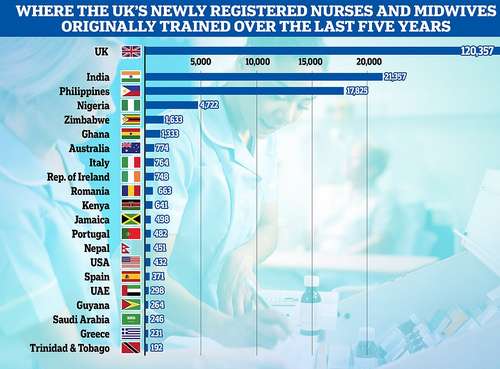 NHS is hiring QUADRUPLE the number of foreign doctors and nurses 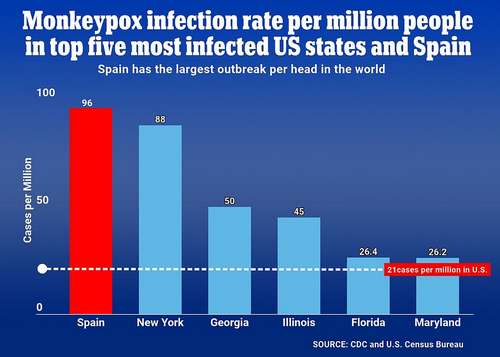 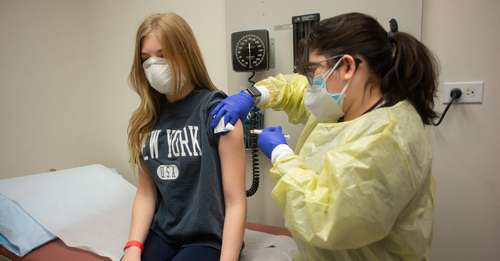 The C.D.C. recommends Modernas vaccine as an option for children and teens aged 6 through 17