It has been billed as the most scientific diet plan ever – pioneered by world-renowned scientists and based on data from the world’s largest global study of nutrition and health.

The promises are bold: lose half a stone in 12 weeks, feel ’80 per cent more energised’ and ward off heart disease – and all without counting a single calorie.

Before starting, dieters are sent a battery of DIY tests to carry out at home.

These aim to measure exactly how each individual responds to sugar and fat, and the quality of all-important ‘friendly’ bacteria in our guts, which govern feelings of hunger and satiety, and how well we digest food, among many other things.

The results allow experts to give every food a score to indicate how healthy it is for your personal genetic make-up. This, they say, lets users make smarter meal choices. But nothing is off the table.

The diet has been designed by Professor Tim Spector, perhaps better known as founder of the ZOE Covid Symptom Tracker app, which offered crucial insight into the changing nature of the virus.

Before being diverted by the pandemic, Prof Spector’s primary area of research was personalised nutrition, the theory that our weight is, to an extent, determined by how our body processes certain foods – and this varies between people.

It explains why, advocates claim, some people seem to pile on the pounds after a few bowls of pasta, while others stay perfectly trim.

The diet has been designed by Professor Tim Spector (pictured), perhaps better known as founder of the ZOE Covid Symptom Tracker app, which offered crucial insight into the changing nature of the virus

Prof Spector says: ‘Most traditional diets don’t take this into account – and that’s why they fail. But eating according to your body’s physiology can reduce inflammation – which we know is linked to diabetes and heart disease – and reduce sleepiness and hunger pangs. And weight loss should be a pleasant surprise.’

The plan, called ZOE (which means life in Greek) costs an eye-watering £559 for the test kit and an annual app subscription. More than 300,000 customers worldwide have signed up since its launch in April.

So is this finally the weight-loss answer we’ve all been waiting for? Users certainly seem delighted. 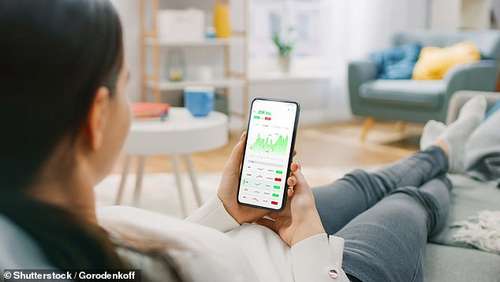 Julie Holton, 57, lost a stone in seven months – and says it’s the only diet that has ever worked to shift her post-menopause pounds. And 51-year-old Paul Sculfor says he’s had a ‘burst of energy’ after three months on the plan, and no longer takes afternoon naps.

Others say they have been ‘blown away’ by the information about their bodies, and are ‘losing weight and feeling healthier’.

Yet some experts remain unconvinced. They say the plan’s barrage of information triggers obsessive thoughts about eating correctly, and an unhealthy focus on food scores.

And it has to be said that the cost – £559 a year or £399.95 for four months – is a hefty price to pay for recommendations not dissimilar to those on the NHS website: eat more vegetables and less sugar and fat.

And then there are questions about whether the benefits of the microbiome – the bugs in our guts said to play a role in everything from weight gain to boosting mood – have been overblown.

Diets failed, but with ZOE I lost a stone

Julie Holton, 57, pictured with her son. Julie Holton is all too familiar with failed diets.

The 57-year-old, pictured above with her son Thomas, has spent the past decade struggling to lose two stone gained since the menopause.

‘I tried everything – low-carb, plant-based and psychology-based programmes,’ says Julie, who lives in Florida, where she runs an antiques shop.

‘Nothing worked. I was confused because I didn’t think I ate badly. I’d have porridge for breakfast and rice and chicken for lunch and dinner, with lots of vegetables.’

After hearing about ZOE from her doctor last year, she signed up. ‘I found the tests pretty easy to do, although the muffins were gross,’ she says.

Julie loved the monitor: ‘It was fascinating to watch. I had a chicken burger one evening and felt really tired.

‘I checked the app and saw my blood sugar had dipped.’ Julie dramatically overhauled her diet. ‘Porridge scored low for me so I swapped that for an egg white omelette, and my lunches are now salads with seeds and nuts.

She has lost a stone in seven months.

She says: ‘At first I was a bit obsessive with looking at my blood sugar and checking scores for every food, but now I’ve got into a rhythm.’

So what actually is ZOE? When users place an order, they are sent two big yellow boxes, containing a host of self-testing tools.

One of the first tasks for users is to send a stool sample off to the ZOE scientists to test the microbiome. Prof Spector’s team check for signs of 30 bacteria species – 15 ‘good’ and 15 ‘bad’ – for appetite regulation and weight control.

Next are tests to measure how the body responds to fatty and sugary foods – by eating specially formulated muffins, also in the box.

On day three, customers swap breakfast and lunch for high-fat muffins, before taking a blood test in the evening by pricking a finger, and sending it off for analysis. This is designed to work out how quickly saturated fat is removed from the bloodstream after eating – a marker of heart disease risk.

On day four, users do the same with the muffins that are high in sugar, rather than fat.

The body’s response is tracked by a continuous blood glucose monitor – a small circular device that’s stuck onto the back of the upper arm, and monitors blood sugar levels 24/7 in real time.

This sensor is one of ZOE’s key selling points. These devices are a well-known part of treatment for type one diabetics. The illness leads to dangerously high blood sugar, and patients must regularly inject medicine to keep it in check, so they have to keep a constant close eye on their levels.

But in the ZOE plan, the sensor is worn by healthy people. The aim is to track peaks and troughs in blood sugar after eating certain foods. Significant blood sugar peaks followed by crashes are said to make us hungrier, while a steady release of sugar in the blood keeps us fuller for longer.

A study published by Prof Spector’s group at King’s College London and other scientists from Harvard last year showed that participants who had an extreme dip in blood sugar two to four hours after eating were on average nine per cent hungrier than others.

ZOE users must log everything they eat while wearing the monitor into an app – which connects with the sensor – so the algorithm can make associations between foods and blood sugar responses.

They are also encouraged to eat a variety of foods and check their blood sugar response via the app.

‘People who have erratic blood sugars can have more inflammation, are more likely to gain weight and go on to develop cardiovascular disease,’ says Prof Spector.

Three weeks later, users get their results in three reports detailing their response to sugary and fatty foods, and the balance of good and bad gut bacteria.

In the meantime, the app will have calculated scores out of 100 for millions of everyday foods, based on the analysis. The lower the score, the less well your body handles it.

The aim is to reach a score of 75 at every meal, and anything below about 25 is marked as poor. Personalised weekly meal plans, created by the app, do the hard work.

Prof Spector explains: ‘Take a bagel. For me, a bagel scores two, because it spikes my blood sugar significantly, the fat in it hangs around in my blood, and it contains very little to help my microbiome.

‘The app might tell me to eat it every couple of weeks, rather than every day.’

However, according to Dr Duane Mellor, head of nutrition at Aston University, spikes and dips in blood sugar aren’t that important. ‘If you have type one diabetes these sensors are effective because people need to be able to make judgments on how much insulin they inject, based on how their blood glucose rises. But that is because they are not producing enough insulin.

‘For everyone else… it is normal to get increases in blood glucose after eating, and this usually settles down within a couple of hours.’

Dr Mellor questions the accuracy of glucose tracking. ‘There are a number of hormones that can interact with blood glucose and affect the results. Hormones released when we wake up can cause particularly high peaks in blood sugar.

‘And intensive exercise after eating triggers the release of adrenaline, which keeps blood sugars higher for longer. You’d have to eat the same food, three or four times in the same circumstances to be sure it is the food itself that is causing the pattern in blood sugars.’

What about evidence linking erratic blood sugars to obesity and heart disease? ‘You won’t necessarily control your blood glucose any better by tracking,’ says Dr Mellor. ‘Far better to work with a nutrition professional who can help choose foods known to keep all of us fuller for longer, and learn to listen better to your body’s hunger signals.’

A 2018 review of available evidence in the British Medical Journal concluded that continuous glucose monitors are no more effective in helping people lose weight than an educational session with a trained dietician.

There are also questions about what ZOE defines as good and bad gut bacteria.

Glenn Gibson, Professor of Food Microbiology at the University of Reading, has spent 20 years researching the intricacies of gut bacteria – and their effect.

He says: ‘I’d question whether a single stool sample gives an accurate representation of existing gut bugs, as they change in response to a whole host of factors – like food and exercise. You need to do several samples weeks apart to know which gut bacteria someone has.’ Dr Mellor adds: ‘Ultimately, foods that are high in friendly gut bacteria tend to be fruits, vegetables, nuts and wholegrains like wholemeal bread.

‘Do we really need to pay £400 and do a fancy test to learn that eating more broccoli and apples is probably good for us?’

Dr Mellor believes the risks outweigh the benefits. ‘Checking your blood glucose response every time you eat something is not dissimilar to the obsessive calorie counting we see with people with eating disorders,’ he says. ‘You are just using technology to justify a dysfunctional relationship with food.’

One dietician with concerns about personalised nutrition is Destini Moody, who deals mainly with athletes and is based in Los Angeles, where continuous glucose monitors are popular with sporty people.

She says: ‘They always want to try things that put them a step above everyone else. I do not see how it can be beneficial to watch the intricate processes of normal body function.’ 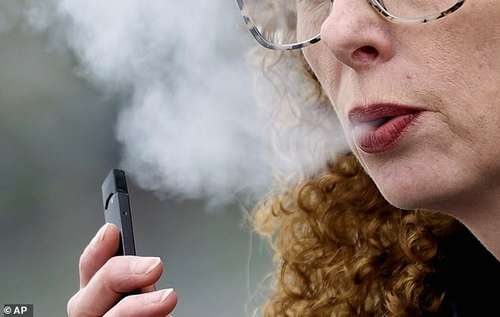 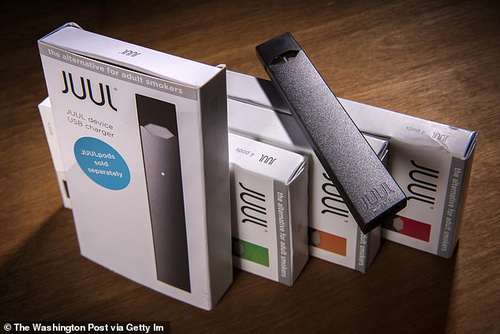 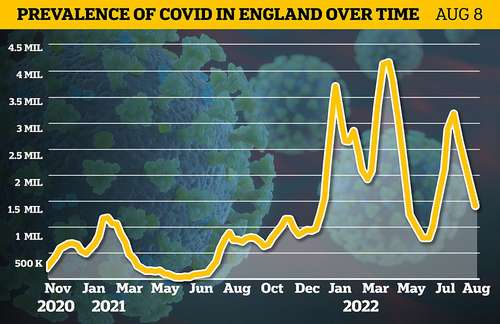