Preliminary data from Pfizer’s COVID-19 vaccine trial showed 90% effectiveness in preventing infection among those who didn’t previously have the disease, the drug company announced Monday.

Pfizer said it would pursue emergency use authorization from the U.S. Food and Drug Administration (FDA) as soon as late November, meaning the vaccine could be available for some populations as soon as mid-December.

“This could be a real game changer,” says Dr. Robert Citronberg, executive medical director of infectious disease and prevention at Advocate Aurora Health. “The flu vaccine is 40-60% effective, so this is a shockingly good report on the efficacy of the vaccine. If confirmed with additional data, it’s an extraordinary scientific accomplishment. For the first time, we are seeing light at the end of the tunnel, and that’s something we’ve all been waiting for.”

But Dr. Citronberg is quick to caution that excitement should remain tempered.

“While this is great news, it will take at least several months after the vaccine is released to effectively immunize a sizeable proportion of the population,” he says. “And Americans are notably wary about vaccines, so we’re not sure what the demand will be. It’s most definitely not an immediate end to the pandemic.”

He also notes that Pfizer has yet to release all its safety data. Similarly, we don’t yet know the duration of the vaccine’s effectiveness.

“Will immunity last a year, two years, five years or a lifetime? You’ll only know if you study people over a long period of time. Obviously we haven’t had time to do that,” Dr. Citronberg says. “But even if it lasts only a few months, there’s a real opportunity to make meaningful progress in terms of the pandemic – as long as we can get people immunized.”

Early reports suggest that the vaccine appears very safe. It uses genetic material called messenger RNA technology, or mRNA, which doesn’t have true components of the virus itself. Rather, Dr. Citronberg says, it tricks your immune system into making antibodies against the virus, meaning one of the most common reasons people avoid vaccines may be alleviated.

Pfizer’s announcement comes after a week in which U.S. COVID-19 cases surged past 10 million and global cases surpassed 50 million.

“We continue to see record numbers of cases, positivity rates and hospitalizations throughout Illinois and Wisconsin, and deaths continue to rise,” Dr. Citronberg says. “We cannot let our guard down. No matter when the vaccine is released, we will need to remain vigilant in our fight against COVID-19. Masking, social distancing and handwashing remain critically important.”

The truth about flossing

Is the Omicron something to be worried about? 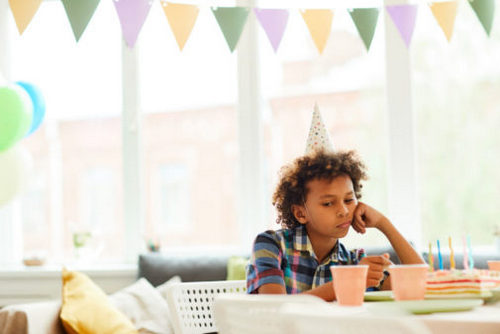 How do you celebrate when you’re stuck at home?