Best case is a local reaction – acute pain, swelling and itching near the site of the sting. It might last for a day or so.

A bee sting can be a traumatic experience.

But a sting can be life-threatening for those allergic to bee venom. An allergy can cause a generalized reaction – a potentially much more serious situation. Stings in these people may cause anaphylaxis and can be  fatal. Every year, 90-100 people in the U.S. die as a result of allergic reactions to stings, according to the American College of Allergy, Asthma, and Immunology.

Next time you or a child receives a nasty sting, Dr. Allison Remesz, an Advocate Medical Group family medicine physician practicing in South Holland, Ill. says to look for these signs of a generalized allergic reaction:

“These symptoms usually develop very quickly and are usually very apparent,” says Dr. Remesz. “Anyone who has any of these symptoms should go to the emergency department immediately.”

She adds that people who know they’re allergic should always have access to an epinephrine auto-injector, and they need to be prepared to use the auto-injector at the first sign of an allergic reaction.

However, if there is no sign of a generalized reaction, Dr. Remesz says that there are some things you can do to deal with the sting without professional medical attention.

Following a honeybee sting, the stinger should be removed as quickly as possible. In many cases, the bee also leaves behind the venom sac, which continues to pump venom as long as it stays intact. So, the sooner you remove it and the stinger, the sooner you stop the flow of toxins.

Dr. Remesz recommends a blunt object such as a credit card, butter knife or finger nail, or some gauze, gently scraped across the affected area is the best way to get rid of the stinger. She strongly advises against using tweezers or anything else that could puncture or squeeze the venom sac and make symptoms worse.

Once the stinger is out, a cool compress or ice pack can help dull the pain and reduce some of the swelling. An antihistamine taken by mouth, or applied as a cream, can help also help with itching and swelling.

Depending on the location of the sting, elevating the area can also help minimize swelling.

“The amount of swelling after a sting can often be surprising – and concerning,” says Dr. McGowan. “For instance, a sting on the hand can result in the hand swelling up to almost twice its normal size.”

She adds that this swelling, along with the area feeling warm and tender, can be confused for infection-also known as cellulitis. People should know, she says, that it’s rare for infection to develop after a sting, especially within the first few days. The swelling caused by a local reaction may go down within a few hours, but it can take a few days to go away, completely.

When you should seek care for COVID-19 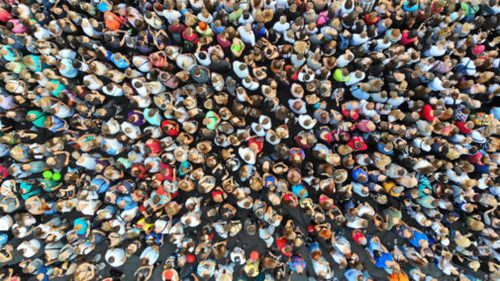 What is herd immunity?

Meet Lindsey, the star of a virtual Les Misérables production