Let’s start with seroprevalence to help explain why. This is basically measuring the percentage of the population that has already had COVID-19. We use the antibody test as a guide for this.

Seroprevalence studies done around the country have consistently shown that between 5-10% of the population has already been infected, so the above estimates are pretty close. Therefore, the idea made popular on social media and other places that most people have already had it just isn’t true.

When my kids were young, they would ask “are we there yet?” on seemingly every car ride. One of the more common questions I receive is very similar: “when will this be over?”

While I wish I could say “really soon,” the truth is that we are nowhere near the end of this pandemic. We are probably actually only between 15-25% down the road.

Measuring seroprevalence is very important in terms of the prospects of developing herd immunity, which occurs when a substantial percentage of the population has already had the disease. The minimum percentage needed for effective herd immunity is about 70%, but 80-90% is much better. The two major ways to achieve herd immunity are natural immunity (having the disease) and vaccination. While an effective vaccine may be available by early next year (at the earliest), recent surveys have suggested that as many as 30% of the population would not take a COVID-19 vaccine, at least not right away.

Some of those people won’t take any vaccines, others are reluctant to take a vaccine without a proven safety record. So even if an effective vaccine becomes available, if a significant proportion of the population won’t take it then that will prolong the development of herd immunity.

Another frequently misunderstood concept that is important to clarify is the mortality rate. When COVID-19 first hit, the early projections for the mortality rate were 5-10%. It is now clear that the mortality rate is much lower, probably on the order of 0.5% (one in 200 people die from the disease). While that rate seems low, which it is compared to SARS, MERS or Ebola virus, it is actually a snake in the grass. It is estimated that between 40-70% of the US population will become infected with COVID-19 before the pandemic is over.

That figure is entirely believable since no one in the world had any innate immunity to the virus before the pandemic. To make the math easy, let’s assume 50% of the US population becomes infected, or about 160 million people. At a mortality rate of 0.5%, that translates to 800,000 deaths! As of today, 138,000 deaths have been reported in the US. By comparison, seasonal influenza usually affects about 30 million Americans and on average causes approximately 30,000 deaths, which results in a mortality rate of 0.1%. You can see that in less than six months, there have been 4.5x more deaths from COVID-19 compared to a full season of influenza.

Paradoxically, viruses with lower mortality rates can actually kill more people because there is a much better chance for spread throughout the population.  And even if 99.5% of infected people don’t die, many are severely incapacitated and may not ever recover fully.

Is it all doom and gloom? Gloom yes, doom no. Short of herd immunity (natural immunity + vaccine), what else can we do to slow the spread? This goes back to the simple mechanics of how the virus is spread. By far the most common route of transmission is droplet. That means the infected droplets that come out of your mouth and nose travel approximately 6 feet before falling to the ground.

Despite some recent evidence that the droplets can travel farther than 6 feet depending on the ventilation, the six feet safety radius remains relevant and practical. Contact transmission occurs when you infect yourself by touching your face with contaminated hands. Keeping your hands and surfaces disinfected greatly reduces your chances of getting the virus in that manner. There has also been recent information that the virus may be transmitted by the airborne route, that is the virus may linger in the air even after the person who expelled it is gone. While this may occur in selected situations, it is believed to be an uncommon mode of transmission. That is why social distancing and masking remain at the forefront of our protection against COVID-19.

Masking works incredibly well primarily by protecting others from us in case we are infected. Face coverings (including cloth and surgical masks) are highly effective at blocking infected droplets from exiting the mouth or nose. A fascinating scientific study that demonstrates this principle can be found here.

Even if there are concerns about droplets traveling farther than 6 feet or airborne spread of the virus, wearing a mask remains extremely effective in preventing both. There is now additional scientific evidence that wearing a mask also provides a level of protection to the wearer. There is no credible scientific evidence to suggest that masks are harmful or in any way impede breathing. Therefore, universal masking is a win-win for the prevention of COVID-19 infection. Both sickness and mortality can be greatly impacted by this simple intervention.

A friend recently explained to me the three reasons why they wear a mask in public, and it’s worth sharing: 1) humility – I don’t know if I have COVID since we know people can spread the disease before having symptoms 2) kindness – I don’t know if the person I am near has an elderly parent or a child battling cancer and 3) community – I want my community to thrive, businesses to stay open, employees to stay healthy.

Candida auris: What you need to know 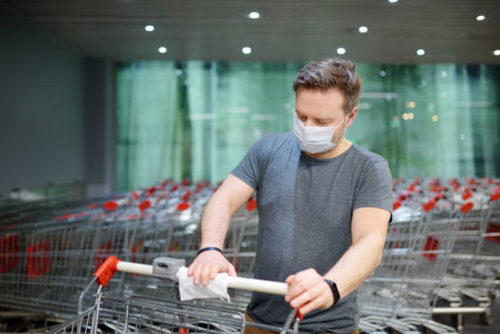 Tips for wearing a face mask

Should you be spanking your kids?