A new Centers for Disease Control report had some good news and some bad news.

The bad news: Nearly 20% of American adults use tobacco products, most commonly cigarettes. And those 49 million people put themselves at increased risk for all the serious health problems that can follow.

The good news: Cigarette smoking has reached an “all-time low,” the CDC reports. It says 13.7% of Americans smoked in 2018.

“This is very encouraging that tobacco use, particularly cigarette smoking, continues to decline,” Dr. Michael S. Vercillo, a thoracic surgeon with Advocate Lutheran General Hospital in Park Ridge, Ill., says. “This is likely related to more publicity and education on the harmful effects of tobacco use. Lung cancer screening is becoming more prevalent at hospitals across the nation, providing further counseling to stop smoking, as well as more diagnosed nodules and lung cancer causing patients to quit.”

The CDC report says that quitting smoking at any age can be beneficial to your health. It says that smoking is responsible for 480,000 deaths in the U.S. each year, including 41,000 just from inhaling second-hand smoke. That’s helped lead to more strict rules around cigarette use over the years, from banning smoking indoors to even cutting back on the depiction of smoking on TV.

Vaping is “increasing slightly” in its place, Dr. Vercillo says, even as the number of acute illnesses linked to vaping grows across the country in recent months.

“We are learning more about some possible harmful effects from vaping, and publicity about it is increasing,” Dr. Vercillo says. “This may lead to a decline in vaping as well. As we strive to become a more healthy society, decreasing tobacco use will play a large role in reaching that goal.” 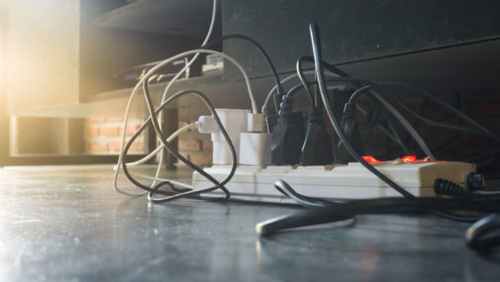 When your home turned into a school and office, did your power bill spike?