Schizophrenia, bipolar disorder, depression and panic attacks – all this, fortunately, talking more, trying to break the existing stigma. In order to raise awareness we have gathered in this material, the most unusual (and, I must admit, rather frightening) mental disorder.

“I’m not crazy, my reality just different from yours”, said the girl Alice wise Cheshire cat. And he was absolutely right, because all that we are, all our thoughts and memories, hopes and dreams, fit into a very important but relatively small brain. But in the end, the brain is only an organ. And it is not surprising that he sometimes mistakes happen. And sometimes these are mistakes that would be difficult to come up with even specially.

Cotard’s syndrome, also known as the living dead syndrome, is a complex combination of anxiety depression, derealization, depersonalization and delirium associated mainly with the fact that the patient believes that once he has died or been mutilated in some other way so that now it cannot be considered alive. But while one part of people with Cotard’s syndrome believe they have rotted intestines, no heart, or delete all the bodies at once, another part believes that they are immortal and omnipotent (i.e., symptoms of Cotard’s syndrome combined with delusions of grandeur).

Statistics show that the condition is most common in schizophrenics and people who have suffered a head injury. In one of the cases, which are often referred to in the description of Cotard’s syndrome in professional literature, a young man caught in a Scottish hospital after a motorcycle accident that left her convinced that had died. And not as a result of incident on the road, but from sepsis or AIDS.

Syndrome Fregoli (or nonsense Fregoli) is the irrational belief of man that all the people who surround him, is one and the same person that specifically changes the appearance and skillfully grimiruetsya to go unnoticed. Brad always wears a paranoid nature, as the patient is increasingly asserts that someone was following him. Named after the Italian comedian Leopoldo Fregoli, who in their speeches often changed appearance in the course of action syndrome is considered a variant of the Capgras syndrome (when the patient believes that someone from his inner circle was replaced by a DoppelgangeR).

The researchers suggest that the cause of the condition may be organic disease of the brain, namely a gap or a serious breach of communication between areas responsible for perception and emotions.

Wendigo (Windigo) – the spirit-eater, a symbol of the insatiable hunger, the creature with sharp teeth and whistling like rustling wind in the myths of certain Indian tribes. Wendigo psychosis is described as a compelling craving for human flesh, which affects exclusively the canadian Indians. That is, it is a mental disorder is directly linked to cultural characteristics.

It is known that the symptoms of psychosis wendigo usually occur in winter in the form of exaggerated forms of fever. The irony is that it begins with loss of appetite, nausea and vomiting, after which the victim psychosis there is a strange and uncontrollable craving for human flesh. Some victims of psychosis attempt suicide, thus attempting to avoid “infecting” others.

The first description of the phenomenon dates back to the year 1722. However, the number of cases of wendigo psychosis, it was since then, so little, that the researchers suggest that the disorder may be more myth than reality.

Our brain is equipped with a kind of deliberation, so to speak, a mechanism that helps us to work through the decision-making, whether the decision to drink tea or coffee in the morning, and, maybe, to quit your job or to wait a little longer. Boomania (Aboulomania) – what happens when this mechanism is disabled or faulty.

People with boomania, a pathological inability to decide anything, report that they get paralyzed literally every decision they must make. What is especially interesting here is the fact that the rest of the person is completely normal. Boomania sufferers often know that they are madly indecisive, but still, to be tormented, choosing one of the two, throughout life. The clinical picture of patients in the majority of cases associated with depressive States, and the most effective treatment arulmani is considered cognitive therapy.

It’s normal to feel a bit overwhelmed by emotion in the presence of fine art. However, increased heart rate, fainting and hallucinations, agree, are not as common. Stendhal syndrome – a mental disorder and the associated condition caused by a variety of visual (often) incentives. It is not necessarily occurs in an art gallery or Museum: a person, for example, can too admire the beauty of nature and even singing birds. 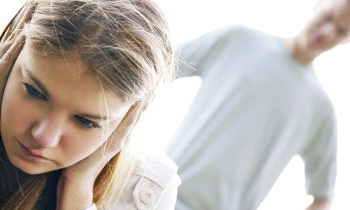 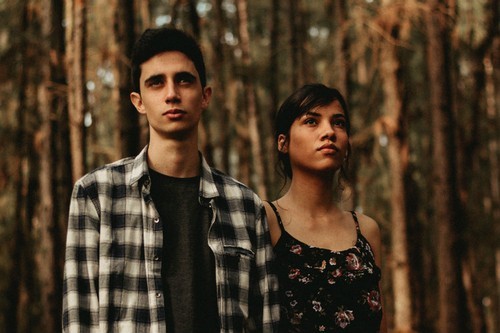 5 signs that you’ve found the perfect pair, in which I believe the experts

One thought on “5 most bizarre mental disorders – the walking dead, craving human flesh and not only”