Prison – the place doesn’t fall just so. At least the majority of people who end up behind bars, you first commit a crime with varying degrees of severity, and then have a fair (even if they themselves do not think so) punished.

But the moral side of the issue – history is much more complex and much less studied. Unlike, say, trying to explain why, and how prison changes people.

Limited space, limited social contacts, a strict schedule and trying to attract as little attention as possible – that’s what is facing the average prisoner. In the end the person who went to jail, had no choice but to try to adapt to the proposed conditions.

The report on the psychological impact of imprisonment, a social psychologist Craig Haney (Craig Haney), who collaborated with Philip Zimbardo (Philip Zimbardo) in the infamous Stanford experiment, said: “Few people have not changed and not affected by the prison experience.”

Based on interviews with hundreds of prisoners, researchers from the Institute of criminology at the University of Cambridge (University of Cambridge) went further, stating that a long prison sentence “changes to the bone”. About it writes BBC Future, citing scientific publications on this topic.

Personality psychology always believed that the identity of the person – no matter what circumstances he had to face – remains to a certain extent fixed, if we are talking about a Mature and well-formed man. However, recent studies have shown that, despite relative stability, our way of thinking, patterns of behavior and emotions can change. Especially in response to the roles that we try for life. Thus, a prison, if we’re not talking about 30 days, but on a more serious term, will inevitably lead to personality changes as menacing and inescapable environment.

Psychologists say that the key agents of change in this case would be: loss of freedom of choice, lack of privacy, daily stigma, a permanent sense of fear, the need to wear the mask of invulnerability (to avoid the operation of the other) and strict rules and procedures which must be followed.

What happens to prisoners after prison

Among psychologists and criminologists, it is widely believed that prisoners with time adapt to their environment. This, according to experts, is the reason “adaptation” is a kind of withdrawal faced by ex-prisoner, when he returned home and seemed to not understand how now to live in total freedom.

Psychologist Lama Marieke (Marieke Liema) and CSI Kunst Maarten (Maarten Kunst), talking with former prisoners who had been in prison for at least 19 years, found that each of them formed “institutionalized personality traits,” including at least “the distrust of the people, hindering any cooperation” and “complexity in decision-making”.

One 42-year-old man in those interviews admitted that he continues to live according to prison laws, even in freedom. “I’m still acting like they are in prison. I think this is because people do not like the light switch or water faucet – and it is impossible to turn off something on click. So, when you do something over a long period, it gradually becomes a part of you,” he says.

Interviews with hundreds of prisoners from the UK, conducted by Susie Halley (Susie Hulley) and her colleagues from the Institute of criminology, painted a similar picture. Speaking of personality changes, that they are not the same person I used to be concluded and described the process of “emotional numbness” when I cease to trust even their own senses, not to mention empathy.

It is definitely a cause for concern, Halley and her colleagues. “As a long-term prisoner adapts to the imperatives of stay in custody, he or she becomes more emotionally closed, more samotlorskoe, more socially aloof and perhaps less well suited for life after release”, – said the expert. Adding that just for this reason, many people who at least once visited in prison, to return again.

Self-discipline and order as positive factors

But if you have time to think that only 5 or 10 years in prison, affect the personality, it is not so. The study 2018 using neuropsychological tests showed that even a short stay in prison has an impact on the person. The study’s lead author Jesse Meyers (Jesse Meijers) and his colleagues from the free University of Amsterdam (Vrije Universiteit Amsterdam) proved that in three months the prisoners demonstrate increased impulsivity and less control over their own lives.

However, other results provide some glimmers of hope. A recent experiment by Swedish scientists held with the participation of control groups, including College students and security guards, found that although prisoners have a low level of extroversion, openness and acceptance of social norms, as one would expect, they have a higher level of self-discipline and a strong desire for order in life.

“The environment in prison is very strict about rules and norms, and personal space here is extremely limited. This environment requires that prisoners comply with the order to avoid formal punishment, and negative actions on the part of other inmates that may have a positive impact on life after prison,” conclude researchers from the University of Kristianstad (Kristianstad University).

Despite the fact that the conclusions made in Sweden, appears to contradict the findings of the Dutch scientists, it is important to note that in the experiment the free University of Amsterdam, along with more impulsivity and less mindfulness, prisoners showed a marked improvement of abilities to spatial planning. However, high integrity, common in the Swedish prisoners can be specific for the prison system of their country, which is far more emphasis on socialization and rehabilitation than in many other countries.

As soon as the growing awareness that identity is a malleable and changeable category, fewer experts deny the fact that the prison environment is changing the character of prisoners. But this, the researchers say, may help them better adapt back into society. It remains only to understand which methods will be most effective here. 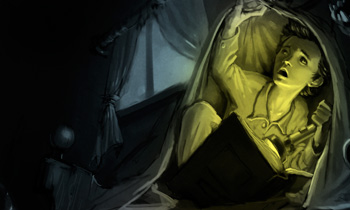 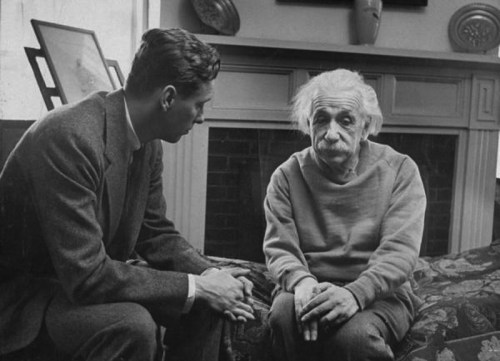