The trial was carried out on a double-blind and placebo-controlled basis – meaning neither the researchers nor the 101 patients knew whether they were receiving SNG001, a special formulation of IFN-beta, or a placebo.

Synairgen has yet to release the full data for the trials, meaning it has not been published in a peer-reviewed journal.

If the results are confirmed, the treatment will be “a game changer,” according to Tom Wilkinson, professor of respiratory medicine at the University of Southampton and trial chief investigator.

“The results confirm our belief that interferon beta… has huge potential as an inhaled drug to be able to restore the lungs’ immune response, enhancing protection, accelerating recovery and countering the impact of Sars-CoV-2 virus,” he said.

An inhaled coronavirus treatment has been described as a “game changer” after preliminary clinical trial results showed it significantly reduced the number of hospitalised patients needing intensive care.

Patients who received the drug, known as SNG001, had a 79 per cent lower risk of developing severe disease and were more than twice as likely to recover from Covid-19 as those on the placebo.

The treatment, which is inhaled directly into the lungs using a nebuliser, has been developed by the pharmaceutical company Synairgen.

It uses a protein called interferon beta 1a (IFN-beta) which the body naturally produces when faced with a viral infection.

Professor Stephen Holgate, a professor of immunopharmacology at the University of Southampton and co-founder of Synairgen, said the treatment “restores the lungs’ ability to neutralise the virus, or any mutation of the virus or co-infection with another respiratory virus such as influenza or RSV, as could be encountered in the winter if there is a resurgence of Covid-19.”

In patients with more severe disease at time of admission, SNG001 treatment increased the likelihood of hospital discharge, from six days versus nine days for those receiving placebo.

The trial also indicated “very significant” reductions in breathlessness among patients who received the treatment.

Synairgen reported that three people (6 per cent) died after being randomly assigned the placebo, while there were no deaths among those who received the drug.

Those behind the study believe the treatment could be even more effective at the early stages of infection.

Richard Marsden, CEO of Synairgen, said the drug “could signal a major breakthrough in the treatment of hospitalised Covid-19 patients.”

Synairgen will now start presenting its findings to medical regulators as it seeks to acquire approval for the drug – a process which could be accelerated by the British government, having previously said it would fast track promising Covid-19 treatments. 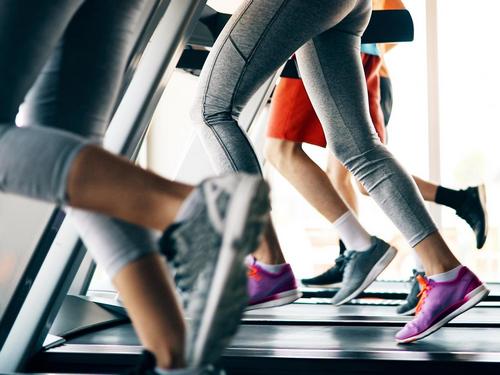 Indoor gyms, pools and leisure centres can reopen this month