Public health expert Professor Devi Sridhar, an adviser to Ms Sturgeon’s administration, suggested on Sunday that people arriving from England might have to be screened, tested or placed in quarantine if the number of cases goes back up there.

Scotland’s first minister Nicola Sturgeon is not ruling out quarantining people arriving from England, as she warned that Boris Johnson’s government does not appear to be trying to eradicate coronavirus south of the border.

Ms Sturgeon said she was not currently planning to force people arriving from any other part of the UK to quarantine rules but would consider doing so “if it is required from a public health perspective”.

The first minister said her own government’s Covid-19 strategy was to “get as close to elimination as possible” but suggested Mr Johnson’s government was “letting it circulate at higher levels” in England.

Ms Sturgeon said: “I would really welcome a statement from the prime minister that England’s strategy was about trying to eliminate the virus as well, as opposed to what appears to me to be perhaps letting it circulate at higher levels, as long as it doesn’t threaten to overwhelm the National Health Service.”

She added: “I’m not trying to be overly critical here, I’m just being very clear with people what the Scottish government’s strategy is, which is to get to elimination if we possibly can.”

There were no new coronavirus deaths in Scotland for a fourth consecutive day, Ms Sturgeon announced on Monday – as some non-essential shops re-opened north of the border.

Asked about whether quarantine, testing or screening measures could come into force for travellers to Scotland from other parts of the UK, she added: “We have no plans to introduce any measures like this right now, but I’m not ruling anything out.”

On the issue of border and immigration powers being reserved to the UK government, Ms Sturgeon argued that rules over quarantine were linked to public health and therefore under Scottish government control.

She expressed disappointment that the emergency Cobra taskforce had not met “for weeks” and that said she would welcome “genuine substantive discussions” involving the four nations in advance of certain decisions being taken.

Mr Sturgeon said she was studying UK ministers’ proposals for “air bridges” to allow travellers from selected countries to avoid any quarantine rules, but added: “We cannot simply be dragged along on decisions we have no knowledge of.”

Mr Johnson’s official spokesman responded: “On the issue of quarantine we have taken a four-nation approach to these matters throughout. We have worked closely with the devolved administrations at all times and this continues.”

Scottish Conservative leader Jackson Carlaw warned Ms Sturgeon against “any attempt to close off Scotland from the rest of the UK”. 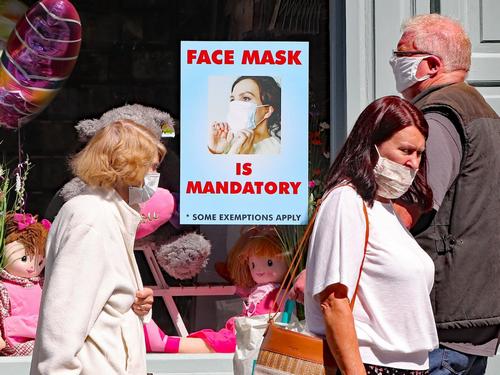