The prime minister has said he is “very confident” in the security of the UK’s supply of coronavirus vaccines regardless of “the toings and froings” in the European Union.

His comments came after ministers agreed to a “reset” in relations with the EU after the bloc’s widely-criticised move that came as it battles to solve supply shortages from pharmaceutical giant AstraZeneca.

Coronavirus vaccines have been offered to every care home for the elderly in England, according to health officials.

Boris Johnson marked the “crucial milestone” in the fight against Covid-19 as NHS England said figures are expected to show on Monday that people living at more than 10,000 care homes with older residents have been offered their first vaccine doses, meeting the government’s deadline.

A “small remainder” were said to have had their visits deferred for safety reasons during a local outbreak but these will be visited “as soon as NHS staff are allowed to do so”.

The government has ordered an extra 40 million doses of the Valneva vaccine which is being manufactured in Scotland.

The move means 100 million doses of Valneva have now been put on order, enough for every adult in the UK, with the latest batch earmarked for delivery in 2022.

Boris Johnson and other politicians and celebrities have wished Captain Sir Tom Moore well after it was revealed the centenarian had been admitted to hospital with Covid-19.

On Sunday, the war veteran’s family revealed that Sir Tom had been battling pneumonia for the “past few weeks”, which is why he hadn’t yet been vaccinated against the virus despite being in the most vulnerable category.

Some care home staff are refusing the Covid-19 vaccine due to “cultural issues”, the National Care Association’s executive chairman has said.

Speaking about why some staff have not received the jab, Nadra Ahmed told BBC Breakfast on Monday: “Some of it is to do with access and that is that people are just not able to get to where they needed to go to.

“If they’ve been coming into the care homes, the GPs have not had enough vaccine for the staff as well, they’ve just got enough for the residents, which is the priority.

“And some of it is to do with cultural issues and some is that people just don’t want to have the vaccine.

“We have to convince people that this vaccine is for them. That it’s for the staff to protect them and therefore protect the services they work in.”

A pledge to offer the vaccine to all care home staff by the end of January has been missed, a care minister has admitted.

Helen Whately hailed the “milestone” of making jabs available to all older residents in more than 10,000 homes, but for a small number where visits were impossible because of Covid-19 outbreaks.

But, under questioning, she admitted the target to offer jabs to all staff in those homes as well had not been achieved.

The executive director of the National Care Forum (NCF) has said ensuring everyone working in the care sector is offered a coronavirus vaccine over the next two weeks is a “big, big task”.

Vic Rayner told Sky News that just 27 per cent of NCF member organisations had 70 per cent or more of their staff vaccinated as of early last week, adding that “access” to vaccinations was the main issue.

She said: “Now clearly if you bring a vaccination team into a home there is a great opportunity to vaccinate all the staff who are there, but staff work on shifts.

“Sometimes they might not have been available because of holidays or other issues. So I think it’s about getting those staff who weren’t on site vaccinated.

“The priority over the next two weeks is to get the vaccine out to 1.6 million people who work across care. So it is a big, big task and a big clock is ticking away around that.”

French president Emmanuel Macron’s questioning of the effectiveness of the Oxford AstraZeneca vaccine for those over 65 shows he may need to learn more about the science, it has been suggested.

In response to Mr Macron’s comments, Professor Anthony Harnden, of the Joint Committee on Vaccination and Immunisation (JCVI) told Good Morning Britain: “In my view the politicians need to understand the science before they make utterances like that.”

Prof Harnden insisted the two-dose AstraZeneca vaccine is safe, adding: “This vaccine, from the data, is very very effective against hospitalisations and deaths and nearly 100% effective actually.”

Social care minister Helen Whately played down reports that some care home workers have been unwilling to take the coronavirus vaccine.

“We know that there were some staff that were worried about the idea of having the vaccination,” she told BBC Breakfast.

Social care minister Helen Whately said the expected confirmation that all elderly care home residents in England have been offered the coronavirus vaccine was a “real milestone”.

“It is really tremendous news for our social care sector, for care homes particularly. We all know that they have had such a hard time through the pandemic,” she told Sky News.

“Today we have news that 10,000 care homes have had vaccination teams go in and visit them, go and vaccinate residents and staff in those care homes.

“It does feel like a real milestone for our care homes. This is a moment to give them hope and some protection.”

The government has ordered an extra 40 million doses of the Valneva Covid-19 vaccine which is being manufactured in Scotland.

The move means 100 million doses of Valneva have now been put on order, enough for every adult in the UK, with the latest batch earmarked for delivery in 2022.

The government has also retained options over a further 90 million doses for supply between 2023 and 2025.

Valneva said the total value of the entire order was up to 1.4 billion euro (£1.24 billion).

The vaccine is still in clinical trials, with the early-stage phase 1/2 study expected to read out within the next three months.

The jab is expected to be given as two doses and is being made at a site in West Lothian, with the government saying the new deal “will bolster long-term vaccine production in Scotland”.

Coronavirus vaccines have been offered to residents at every eligible care home for the elderly in England, according to health officials.

NHS England said more than 10,000 homes had been visited by staff delivering the jab in a bid to prioritise those most vulnerable to Covid-19.

Prime minister Boris Johnson hailed the “crucial milestone” and said the rollout “will only accelerate from here on”, after the daily number of jabs administered in the UK exceeded 500,000 for the first time. 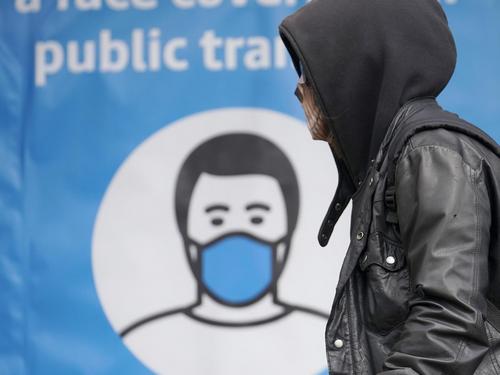 Isolation period for people with symptoms to increase to 10 days 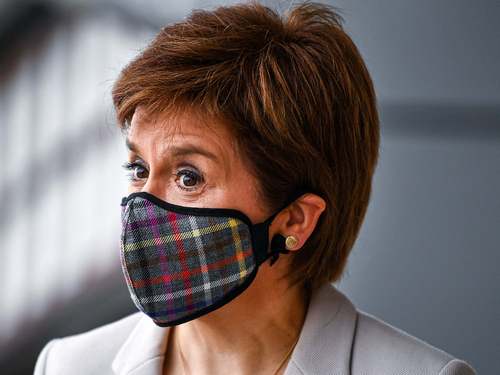