The couple desperately gave the infant cardiopulmonary resuscitation (CPR) while they waited but neither they not the paramedics when they arrived could bring him back.

A mother has spoken about the devastating moment she discovered her cherished 11-month-old baby had stopped breathing and she was left to cradle him in her arms as she waited for an ambulance to arrive.

Michaela Holehouse and her husband Timothy O’Keeffe had been looking forward to celebrating their son Harvey’s first birthday.

But just weeks before the milestone event, they found him in bed not breathing and immediately called for help.

Harvey was born with congenital heart disease but was was responding well to treatment, so his death came as a complete shock to the family from Bootle in Liverpool.

Michaela, 31, has gone on to have another child but says the heartache of losing Harvey will never leave them.

The couple, from Bootle in Liverpool, tried to give the baby, pictured here before last Christmas, CPR but he could not be saved

Michaela said: ‘There’s not a day that goes by where I don’t think about Harvey and question how he could have been taken so soon and without any warning.’

She is now calling for people support the British Heart Foundation’s appeal to help fund pioneering research in the fight against the disease, which is the most common type of birth defect.

Each year, around 4,000 babies will be diagnosed with congenial heart disease in the UK and an estimated 400 won’t survive until school age.

Michaela has gone on to have Bobby-James, pictured here, but says they’ll never heartache of losing Harvey

Michaela is heratbroken that William, three, and Bobby-James, will grow up without Harvey

‘I knew something was wrong’

Harvey was born six weeks prematurely and was soon after diagnosed with the heart condition.

But his parents were reassured that her son had a good chance of living well with the disease.

They was told he suffered from a heart murmur and the narrowing of his aortic valve – which impedes delivery of blood from the heart to the body – and had been treated for this.

Michaela said: ‘He was was diagnosed with several heart problems as a new-born, but these were all treated so I wasn’t panicking or fearful of his future.’

Kieran, seven, is pictured playing with William and Bobby-James

As they carried on with life as usual, the mother-of-three said her and Timothy, 32, had no idea what little time they would have with their boy.

She said: ‘Never did I think that I would find my son gasping for breath just after putting him to bed.

‘Before I knew it, his chest stopped rising and I knew something was seriously wrong.

‘Me and my husband administered CPR until the ambulance arrived, but he died before they could get to us. We didn’t even get to celebrate his first birthday.’

‘The grieving process has been made harder’

Michaela, who also has sons Kieran, seven, and William, three, said their grief has been compounded by not understanding what exactly went wrong.

Congenital heart disease is a general term for a range of birth defects that affect the normal workings of the heart.

The term ‘congenital’ means the condition is present at birth. In most cases, no obvious cause of is identified.

Treatment for congenital heart disease usually depends on the defect you or your child has.

Mild defects, such as holes in the heart, often don’t need to be treated, as they may improve on their own and may not cause any further problems.

Surgery or interventional procedures are usually required if the defect is significant and causing problems.

Modern surgical techniques can often restore most or all of the heart’s normal function, and nowadays about 80% of children with congenital heart disease will survive into adulthood.

A month before his death, she discovered she was pregnant again and is heartbroken that her youngest Bobby-James, now 10 months, will never meet his baby brother.

‘We were all completely devastated and the grieving process has been made even harder by the fact that we don’t know exactly why it happened,’ she said.

‘But in a twist of fate, a month before his death, I discovered I was pregnant again. Bobby-James is nearly one now and this will be his first Christmas and our second without Harvey.

‘I will never be able to watch Harvey grow up or watch him open his Christmas presents, so I want to do as much as I can to stop other families from going through the same tragedy.’

Amanda Bringans, director of fundraising at the British Heart Foundation, said: ‘Sadly, many tiny hearts will be struggling this Christmas.

‘That’s why we urgently need everyone’s support so that we can find new ways to prevent and support families having to go through this heartache.

‘With your support, we can continue to fund the vital research needed to help keep these tiny hearts beating.’

You can visit here to make a one-off donation.

Doctors admitted, what kind of sexual infection can be left untreated 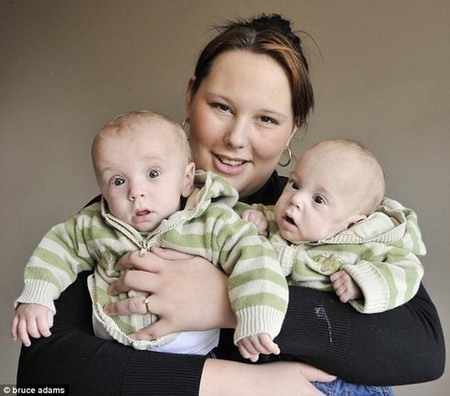 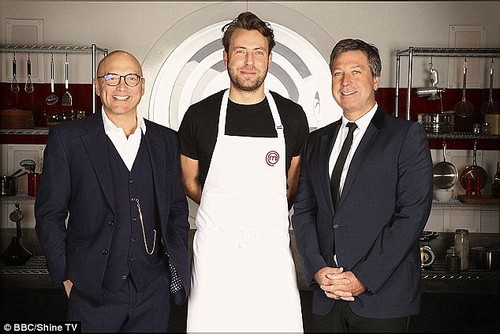