Last November was the start of a happy time after Monique Lowes learned she was pregnant with her first child. She had struggled for years to conceive and was thrilled at the thought of being a mother.

But her excitement soon turned to fear.

In February, the 37-year-old was advised by her primary obstetrician to undergo an echocardiogram. That screening was due to Lowes’ high blood pressure as well as her age, which put the patient in a high-risk pregnancy category.

The test revealed a devastating and unexpected diagnosis: a thoracic aortic aneurysm and aortic dissection.

A thoracic aortic aneurysm, also referred to as a TAA, is an enlargement of the first portion of the aorta – the body’s major artery.

An aortic dissection happens when layers of the aorta pull apart and blood becomes trapped between the layers. This weakens the aorta and may cause it to rupture. People who have aortic aneurysms are at higher risk of dissection.

As in Lowes’ case, the cause of aortic aneurysms isn’t always clear. Risk factors include genetic disorders such as Marfan, Loeys-Dietz or Ehlers-Danlos syndromes, arteriosclerosis (plaque buildup in artery walls) and high blood pressure.

Doctors advised Lowes of the risks that aorta repair surgery could have on her unborn child – as well as the risk she herself might face if the necessary surgery was delayed.

In the end, Lowes chose to delay the surgery.

“As a woman who has struggled with infertility, I wanted to do my best for me and my daughter,” Lowes says, noting that her pregnancy is what revealed the underlying heart condition.

“If it weren’t for her, the aneurysm would never have been discovered in time. It was a miracle that I was pregnant and that I found out about my heart condition.”

Lowes was admitted to Michigan Medicine, where she would spend two months on the fourth floor of the Frankel Cardiovascular Center being observed by a team of specialized providers, including cardiac surgeonHimanshu Patel, M.D., and high-risk obstetrics doctors such as Elizabeth Langen, M.D., of Von Voightlander Women’s Hospital.

“This was a very collaborative effort,” says Patel, noting that Lowes’ doctors worked hand-in-hand to monitor her condition as well as the health of her unborn baby.

The goal: to get Lowes as far along in her pregnancy as possible without compromising her condition.

“The cardiac surgery and OB teams did a great job co-managing her care,” says Langen.

An incubator sat near Lowes’ hospital bed, a constant reminder that the baby might need to be delivered prematurely if the patient’s condition worsened.

But at 28 weeks pregnant, she was finally able to go home before giving birth at 32 weeks to her beautiful daughter, Graysen Faith.

“She was born with not a hair on her head out of place,” the proud mother says. “She’s a beautiful baby.”

Lowes was able to spend time with her newborn at home before returning to the Frankel Cardiovascular Center for surgery in August.

Her open-heart procedure included an incision that enabled access to the weakened area of Lowes’ aorta and dissection. The surgery required her to be put on a heart-lung machine to stop the flow of blood during repair of her aorta.

It didn’t take long, though, for mother-daughter bonding to resume.

“Within 24 hours, she was up and able to hold her baby and spend time with her during recovery,” says Patel. “It was a successful outcome for her and the baby.”

“Everyone worked so well with me,” Lowes says of her heart and obstetrics team, including the cardiac and neonatal intensive care nurses. “I fell apart a few times but then found strength to go on.”

She credits her care team as well as her sister, nephew and two nieces for keeping her strong through it all.

It was a risky choice, Lowes now admits, but she’s thankful for the outcome. “I had faith that God had a plan for me and my baby.”

As she recuperates from surgery and cares for her infant daughter, Lowes wants to spread a message of hope to moms faced with similar challenges: “Miracles do happen.” 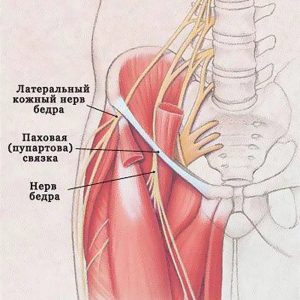 Leg aches from the hip to the knee at rest: causes, to what doctor to address

Does taking stairs at work really help your health?