Before 62-year-old Timothy Baker of Carpentersville would leave the Randall Oaks Fitness Center in West Dundee in the care of paramedics on the Saturday after Thanksgiving, he would collapse, stop breathing and come close to complete heart stoppage.

The lucky part for him was that two health care professionals from Advocate Sherman Hospital in Elgin, Ill., had decided separately to hit the gym that morning. One of them had just signed up for membership one day earlier.

The episode began shortly after Baker, a Randall Oaks regular, arrived at the gym at about 7:30 a.m. He started on the elliptical, then the bench press. “I did one set and got real dizzy,” he recalls. “I thought, ‘You know what? Maybe I should go home.’”

From that point, Baker’s memory is fuzzy. That’s where registered nurse Dan Brems, who works in the Intensive Care Unit at Sherman, comes in. Fortunately, he was working out next to Baker. From the corner of his eye, he saw Baker struggling, falling and hitting his head.

Brems made a bee-line to Baker, who was seizing and shaking. “He had a faint pulse,” says Brems, who yelled for someone to call 911.

Then, just like serendipitous clockwork, fitness center newcomer Christina Rhodes entered the gym for her first ever workout there. A cardiovascular radiology technologist at Sherman, she heard Baker gasping and immediately knew something was wrong.  She ran over to help Brems.

“Once we got him on his back, he wasn’t breathing at all,” says Brems, who began performing cardiopulmonary resuscitation (CPR). Meanwhile Rhodes yelled for the automatic external defibrillator, hooked Baker up and delivered the shock that jolted his heart back into rhythm.

Baker took a breath and, to the surprise of Brems and Rhodes, he attempted to get up. The two calmed him and told him to stay down. Paramedics soon arrived and whisked Baker to Sherman. There he underwent angioplasty performed by interventional cardiologist Dr. Syed Hasan and, several days later, had quadruple bypass performed by cardiovascular surgeon Dr. William Polito. On January 3, Baker began cardiovascular rehabilitation at Sherman.

Baker now says he almost didn’t go to the gym that day and wonders what might have happened had he gone into sudden cardiac arrest without Brems and Rhodes nearby. “I was in good hands,” Baker says. “These two definitely saved my life!”

As for Brems and Rhodes, this case is precisely why they both chose careers in health care. Now being recognized for their heroics, they both feel a bit uncomfortable in the limelight.

“It’s strange to be getting recognition for doing what we do every day,” Rhodes says. “This is second nature to us.”

Adds Brems: “This is why we got into this profession – to help people. I’m just happy for Tim and that he’s doing well. That’s the biggest gift for me, knowing he’s OK.”

Heart disease is the leading cause of death in America, and knowing your risk of developing it can help you lower your chances. 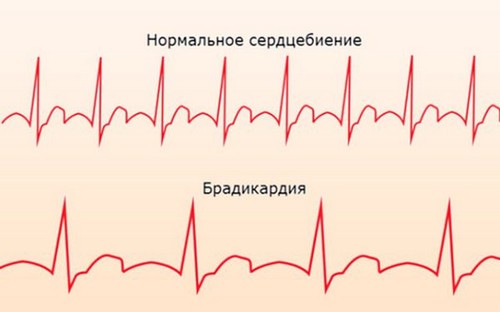 Why is a low pulse at normal pressure and what to do in this case? What is cardiovascular disease