A process that typically takes between 10 and 15 years, vaccine production is being worked on by governments and leading pharmaceutical companies, who are hoping to find a vaccine- and a way out of the coronavirus pandemic – by the end of the year.

Of the 26 candidates that are being trialled on humans, only a handful of these have entered into phase three of testing – the final stage before regulatory approval is then secured (or denied).

The race to find a Covid-19 vaccine continues to gather pace at lightning speed, with a total of 26 candidates currently in the clinical evaluation stage of development, according to the World Health Organisation.

Although it is too soon to say which of these candidates will be successful, here we take a closer look at the leading vaccine prospects, what stage they are at and what we can expect to see in the coming months:

Oxford’s candidate is a viral vector vaccine and is made from a genetically engineered virus that causes the common cold in chimpanzees. It has been weakened to ensure it does not trigger any disease in humans and is modified to express the spike protein seen on Sars-CoV-2 – the tool used by the virus to invade human cells.

When this genetic material enters the human body, it “helps teach the immune system to recognise the Sars-CoV-2 virus”, according to professor Andrew Pollard, the study lead.

In research published last month in the journal Lancet, scientists said the vaccine produced a dual immune response in 1,077 volunteers aged 18 to 55 – provoking a T-cell response within 14 days of vaccination and an antibody response after 28 days.

More trials will need to be conducted to establish how long these cells last within the body. It is also unclear whether the vaccine can prevent people from falling ill or lessen the symptoms of Covid-19.

Phase two and three trials evaluating the vaccine’s effectiveness have been expanded beyond the UK to South Africa, Brazil and the US, where infections rates are still high, to allow researchers to assess whether the candidate can block or limit transmission among large populations.

Oxford University has partnered with AstraZeneca to produce the vaccine globally, with the pharmaceutical giant committed to making two billion doses if it proves to work.

The Chinese biopharmaceutical has developed an inactivated vaccine that uses a non-infectious version of the virus to provoke an immune response.

The Beijing-based drug maker’s vaccine, called CoronaVac, induced neutralising antibodies in “above 90 per cent” of people who were tested 14 days after receiving two injections, two weeks apart. There were no severe side effects reported.

The preliminary results were from a 600-patient, placebo-controlled phase three study.

Sinovac last month moved into phase three trials in Brazil and will recruit nearly 9,000 healthcare professionals throughout the country.

Demonstrating that vaccines provoke an immune response and protect people from the virus requires data on 20,000–40,000 people who have been split into control and test groups and then followed closely for several months, scientists say.

Concern has therefore been raised whether Sinovac’s trials will be able to collect enough data, and whether it will be suitable given healthcare workers wear proper PPE and might not face greater exposure to the virus compared to the rest of the population.

The American biotech firm is one of a handful of companies attempting to develop a mRNA vaccine. Whereas the more traditional methods of vaccine development introduce an inactivated or weakened form of Sars-CoV-2 to the body, the mRNA approach delivers genetic material to human cells that instruct them to make the ‘spike’ proteins seen on the surface of the coronavirus.

An immune cell then perceives the spike proteins as if the body has been infected. It kicks off a sequence of events that results in the creation of antibodies and other defences.

No mRNA vaccine has ever been approved for an infectious disease, and Moderna has never brought a product to market. But proponents of the vaccine say it could be easier and quicker to mass produce, as only small quantities of the virus are used for gene sequencing and vaccine testing.

Moderna’s experimental vaccine provoked an immune response in all 45 healthy volunteers who took part in the first stage of its study. However, a second injection, four weeks after the first, was required before the vaccine produced a dramatic immune response.

No study volunteers experienced a serious side effect, but more than half reported mild or moderate reactions such as fatigue, headache, chills, muscle aches or pain at the injection site.

Moderna’s phase three trial, launched late last month, will involve an estimated 30,000 participants tested at 89 sites spread across 30 states and the District of Columbia. The aim is to determine if two doses of the mRNA vaccine prevent people from catching Covid-19, stop those with the disease from dying, or both.

Dr Anthony Fauci, the White House’s chief coronavirus advisor, said last month that results from the trial might be available by November.

US drugmaker Pfizer and German biotech firm BioNTech are collaborating to design a mRNA vaccine which makes use of the same technology adopted by Moderna.

Early last month, BioNTech said testing of two dosages of its BNT162b1 drug on 24 healthy volunteers showed that after 28 days they had developed higher levels of Covid-19 antibodies than typically seen in infected people.

It said the higher of the two doses – both administered via two injections within three weeks of one another – was followed by a short fever in three out of four participants after the second shot.

Pfizer and BioNTech last month launched a phase three trial that will recruit 30,000 people from 39 states in the United States, and from Brazil, Argentina and Germany.

The US government announced in July that it had reached a $1.95 billion deal to buy 100 million doses of Pfizer’s vaccine by the year’s end, but only if the trial proves it safe and effective. A total of 120 million doses will also be delivered to Japan, starting in 2021.

CanSino Biologics: The Chinese biopharmaceutical is still in phase two of its trial, but in June it received limited approval from the government to use its vaccine among military personnel, for one year only.

Although the WHO has said there is no evidence to suggest this form of vaccine protects people against Covid-19, it has been suggested it might boost the body’s non-specific immune response. 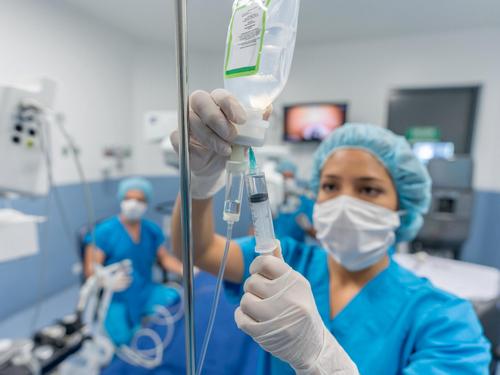