Huckabay posted photos of his burn – and dent – to Twitter on December 4, drawing comparisons to cartoon characters and aliens, as well as sympathetic replies with similar burns and stories of lessons in sun care learned the hard way.

A man wound up with a golf-ball-sized dent in his forehead when he prodded his swollen and sunburned forehead. Cade Huckabay of Texas got his dent by moving around fluid that had built up under his swollen skin in response to his severe sunburn.

His was most likely a first degree burn, although in rare cases sun exposure can cause second degree burns, affecting deeper tissue. Cade Hucakabay made a dent in his forehead by poking the swelling caused by his sunburn

Huckabay shaved his head for the first time in his life, then went straight outside to mow a lawn during the summer in Texas. He had had hair his entire life, and was not in the habit of rubbing sunscreen on his shiny, newly-bare scalp.

The resulting sun damage made his head swell so that it looked – and apparently felt – like red balloon. Fascinated by his painful state, Huckabay took a series of photos as he explored his inflamed skin, posting them to Twitter months later.

He turned for the camera, light glancing off his dome, reached up with an exploring finger and touches the tender skin of his forehead.

Even that small amount of pressure left a shockingly deep dent in his swollen head.

‘At one point I could put a dent in my forehead and it would stay there for like half an hour,’ he wrote on Twitter.

Sun exposure can cause first degree burns and the kind of extreme swelling that made Huckabay’s dent possible.

He wasn’t alone. Twitter user Maddy Drachler replied with a photo of her own swollen, dented forehead.

‘We all need a lesson in proper suncare,’ she wrote with the post.

‘In some cases, a severe sunburn can cause so much inflammation that the skin can become swollen, known as edema,’ says New York City dermatologist Joshua Zeichner.

‘Depending on how much fluid accumulates, you may be able to push it away with you finger, creating what looks like a dent in the skin,’ he says.

Sunburn provokes an immune response from the body, which leads to the swelling Huckabay experienced. As part of this immune response, the lymph node system delivers more white blood cells to the damaged body part – in this case, Huckabay’s head.

Pain indicates to the body that there is a risk of infection somewhere, and lymphatic fluid that carries infection-fighting white blood cells goes rushing in. The build-up of this fluid under the skin, as Huckabay said on Twitter, can leave you looking ‘a little top-heavy for a few days.’

To treat a burn like his, Dr Zeichner advises using a surprising ingredient: ‘a milk compress can help calm inflamed skin as well, as proteins in the milk coat and soothe the skin.’

He adds that applying a breathable treatment like aloe can sooth the burn without locking heat into the skin, and anti-inflammatory pills like ibuprofen ‘can calm inflammation from the inside out.’

Once the burn becomes more bearable, ‘I advise applying a petrolatum based moisturizer to form a protective seal over the skin’s surface.

‘The newest generation of these moisturizers even come in easy to spread lotion formulations that won’t weigh the skin down.’

Huckabay treated his bulging burn with Advil and ice, which ‘got the job done.’ Hopefully, he learned his lesson, even though he told Twitter followers he would most likely ‘be in the same boat again in a week or so.’

Even getting sunburned as little as once every two years can increase the chances of getting skin cancer.

A recent study showed that the areas most vulnerable to sunburn are also the ones most often missed in sunscreen application. Though the study focused on the areas around the eyes, Huckabay’s red head is no exception.

‘If your sunburn forms a blister or if you develop open or raw skin visit your local dermatologist or in severe cases even the the emergency room,’ says Dr Zeichner. 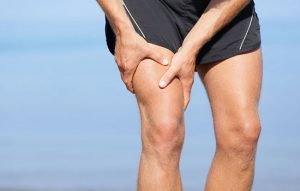 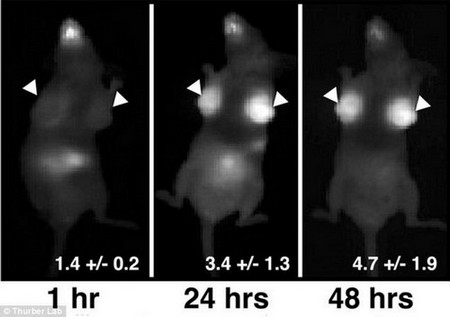 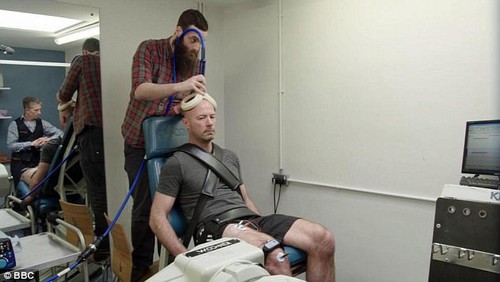