The uptick began in 2017, and as of 2020, one in five pregnancies, or 20.6 percent, ended in abortion, according to the report by the Guttmacher Institute, a research organization that supports abortion rights. In 2017, 18.4 percent of pregnancies ended in abortion.

The number of abortions in the United States has increased, reversing what had been a three-decade decline, according to a new report.

The report said that during this period, births nationwide declined by 6 percent, meaning that “fewer people were getting pregnant and, among those who did, a larger proportion chose to have an abortion.”

The new data emerges as the Supreme Court is expected to issue a ruling soon that could effectively overturn the Roe vs. Wade standard that has made abortion legal in the United States for nearly 50 years. If that occurs, about half of the states are expected to quickly ban or sharply restrict abortion, while other states are gearing up to expand access for patients from states that make abortion unavailable. 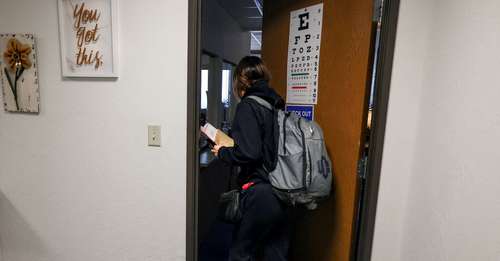 The report suggested several reasons for the rise in abortions, including trends that directly affected poor and low-income people, the population most likely to seek abortions in recent years. Some states expanded Medicaid coverage for abortion, the report said, and abortion funds that provide financial assistance to patients expanded in recent years.

Another factor may have been the Trump administration policy of preventing programs that received Title X family planning money from mentioning the option of abortion to patients, which caused Planned Parenthood and several state governments to decline to accept Title X funding. That may have reduced access to other family planning services, including contraception, for low-income people, and led to more unintended pregnancies, the Guttmacher report said. The Biden administration has since rescinded the Trump-era policy.

The rise in abortions came at a time when many conservative states were enacting restrictions. But the report said that while 25 states enacted 168 restrictions from 2017 to 2020, some were stopped by legal challenges and many were enacted by states that already had many restrictions, so the new laws might not have prevented many more abortions.

At the same time, other states enacted 75 provisions to protect or expand abortion access, including by requiring insurance to cover abortion and by allowing nurse practitioners, physician assistants and certified nurse midwives to provide some abortion services, the report said.

The data included most of the first year of the coronavirus pandemic. The report said that while abortion access was disrupted in some states during that time, both because of attempted bans and because of outbreaks and limits on in-person medical care, some states maintained access to abortion. In addition, for part of 2020, a judge’s ruling allowed abortion pills, which account for more than half of the country’s abortions, to be mailed to patients — a practice that the Food and Drug Administration made permanent in December 2021.

The report’s findings dovetail with the most recent data from the Centers for Disease Control and Prevention, which found a slight increase in the number of abortions from 2018 to 2019, the last year for which the C.D.C. had data. The C.D.C. data, which is gathered from state health agencies, does not include information from California, Maryland or New Hampshire.