Not getting sleep can not only ruin your morning, but it can ruin your perception of people around you as well, a new study finds.

Researchers at Uppsala University in Sweden, 40 miles north of the Nordic country’s capital, Stockholm, found that a lack of sleep can alter a person’s perception of others around them.

People who did not receive any sleep in the study were more likely to perceive others as either non-trustworthy or as less attractive than peers who did sleep.

The research team fears that this leads to more anti-social behavior as people are less likely to interact with those they find less attractive or trustworthy.

Researchers found that when people did not sleep the night before they found the people they interacted with to be less attractive, trustworthy or healthy

‘Facial expressions are crucial for social interactions,’ researchers wrote in the study. 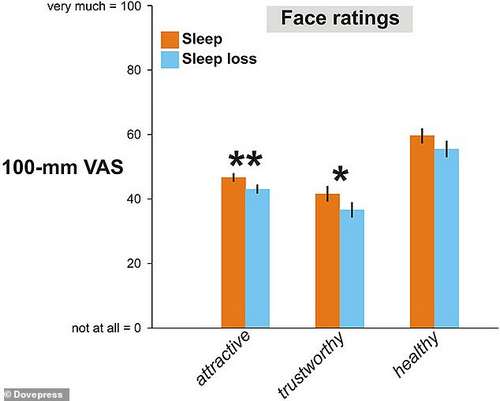 ‘Thus, spending less time fixating on faces after acute sleep loss may come along with several problems for social interactions… inaccurate and delayed judgment of the emotional state of others.

‘In addition, more negative social impressions of others may lead to social withdrawal in sleep-deprived humans.’

Researchers, who published their findings in the journal nature, gathered data from 45 young people around the age of 25 for the study.

None reported regular poor sleeping, overuse of caffeine day-to-day or had existing vision issues that could affect their perception of others.

The participants first spent a night awake, spending no time sleeping. The next morning, their eyes were tracked while they interacted with others.

The process was then repeated once more, though this time each participant was allowed an eight hour window where they were allowed to sleep. 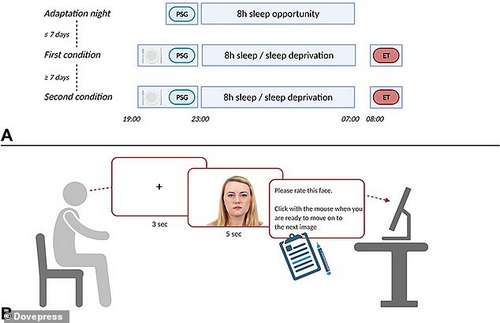 Researchers found, using eye-tracking software, that those who did not get any sleep the night before saw a six to ten percent decrease in their fixation on other people’s faces.

When asked to rate faces, the participants who did not sleep were harsher on the looks of the test faces.

They also perceived people they were looking at to be less trustworthy than those who did get an eight hour period of sleep.

‘The finding that sleep-deprived subjects in our experiment rated angry faces as less trustworthy and healthy-looking and neutral and fearful faces as less attractive indicates that sleep loss is associated with more negative social impressions of others,’ Christian Benedict, associate professor of neuroscience at the university, said.

‘This could result in less motivation to interact socially,’ he warned.

Lieve van Egmond, a student at Uppsala that also took part in the study, explained:

‘Our participants were young adults, thus, we do not know whether our results are generalizable to other age groups.

‘Moreover, we do not know if similar results would be seen among those suffering from chronic sleep loss.’ 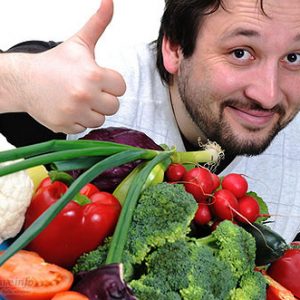 Uterine Cancer Is on the Rise, Especially Among Black Women