Researchers from the University of California, Berkeley say the findings challenge a popular belief that curiosity in general is the prime driver of learning. They also give new meaning to the Montessori approach to learning readiness, which encourages children to follow their own natural inquisitiveness.

“It’s very in vogue to talk about curiosity as a strategy to increase learning, but it’s unclear how to engage people’s curiosity,” said study senior author Celeste Kidd, an assistant professor of psychology at UC Berkeley. “Our study suggests it’s the uncertainty — when you think you know something and discover you don’t — that leads to the most curiosity and learning.”

A new study shows that our doubts about what we know pique our curiosity and can motivate us to learn more.

Practical applications include tailoring classroom learning to students’ misconceptions about what they know, according to the researchers.

“Asking students to explain how things work can be an effective learning intervention because it makes them aware of what they don’t know and curious about what they need to know,” said study co-lead author Shirlene Wade, a visiting PhD scholar in Kidd’s psychology lab at UC Berkeley.

For example, if students are quizzed on what causes climate change, how a bicycle works, or about the U.S. constitutional separation of powers and realize they only have a partial understanding of how these things work their curiosity is stimulated, and they’re more open to learning, if only to get it right the next time, the researchers explain.

Meanwhile, subjects we know nothing — or too much — about, can prompt disinterest or even boredom. 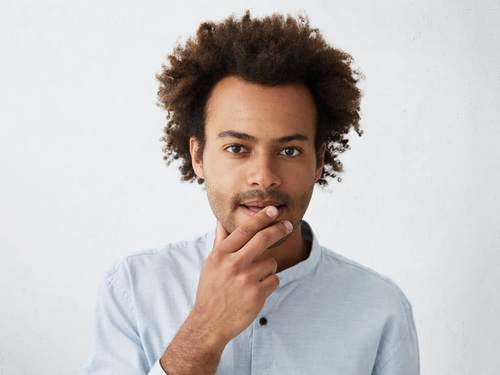 Take “Game of Thrones,” the blockbuster medieval fantasy TV series. If you’re a super fan and predicted, wrongly, that Sansa would end up on the Iron Throne, you’re more likely to review all the show’s characters and plot twists to see what you missed.

If you were involved in the show, on the other hand, you’d have no reason to be curious. And if you sat out the entire eight seasons, you just wouldn’t care.

“Curiosity is the gatekeeper of the knowledge we choose to absorb, and that includes information about ‘Game of Thrones,’” Kidd said.

For the study, 87 adults from across the country, recruited through Amazon Mechanical Turk, a crowdsourcing platform, were quizzed online for about an hour on 100 trivia questions.

In the learning phase of the experiment, each participant gave their best guess in response to each trivia question, and whether they thought their answer was correct.

They also rated on a scale of 1 to 7 how close they thought their answers were to being accurate and how curious they were to find out the correct answer. Participants were then shown the answer to the trivia question for five seconds and asked to rate their level of surprise.

They then entered the testing phase of the experiment, answering the same trivia questions, except for the ones they had gotten right in the learning phase.

Once all the answers were submitted, independent evaluators used objective measures to calculate how close each answer was to being accurate and measured the gap between what each participant thought the answer was relative to what it actually was.

On average, participants got 18 answers right in the learning phase and 69 correct in the testing phase. Their curiosity levels reflected high and low interest, depending on the question topic. Overall, those who believed their initial best guess was close to the correct answer showed the most curiosity, according to the study’s findings.

“Those who were more curious were better at guessing correctly in the testing phase, which suggests they were more inspired to learn,” Wade said.

In addition to revealing the specific kind of curiosity that promotes learning, the results could serve to advance the theories of Maria Montessori, whose child-centered approach to learning readiness in the late 1800s is practiced to this day, the researchers note.

“Maria Montessori said you should present children with something they are ready to learn, but she didn’t talk a lot about what being ready meant,” Kidd said. “Our findings expand on the idea of readiness by showing that what children think they know, but don’t know, can boost their curiosity and motivate learning.”