A new study finds a link in between significant very early youth direct exposure to traffic-related air contamination (TRAP) and architectural changes in the mind at the age of 12.

According to scientists at the Cincinnati Children’s Hospital Medical Center, youngsters with greater degrees of TRAP exposure at birth had reductions at age 12 in smarts volume and also cortical thickness compared to children with reduced levels of exposure.

” The results of this research, though exploratory, suggest that where you live and the air you take a breath can impact exactly how your mind establishes,” stated Travis Beckwith, Ph.D., a research other at Cincinnati Children’s and also lead writer of the study. “While the portion of loss is much less than what could be seen in a degenerative condition state, this loss may be enough to affect the development of numerous physical as well as psychological processes.”

Gray matter consists of regions of the brain involved in motor control, as well as sensory understanding, such as seeing as well as listening to, he explained. Cortical thickness shows the external smarts deepness.

The research found that certain regions in the frontal and also parietal lobes as well as the brain were influenced with decreases of 3 to 4 percent.

” If early life TRAP exposure irreversibly hurts brain development, structural consequences could linger regardless of the time factor for a subsequent assessment,” Beckwith kept in mind. 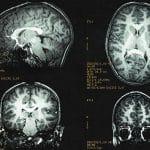 For the study, researchers made use of magnetic resonance imaging to get anatomical brain pictures from 147 12-year-olds. These youngsters belong to the Cincinnati Childhood Allergy and also Air Pollution Study (CCAAPS), which hired volunteers before the age of six months to check out very early childhood years exposure to TRAP and wellness end results.

The volunteers had either high or reduced levels of TRAP exposure during their very first year of life. The researchers approximated exposure using an air tasting network of 27 sites in the Cincinnati location, and 24/7 tasting was performed all at once at four or five sites over different seasons. The children as well as their caregivers completed clinic visits at ages 1, 2, 3, 4, 7 as well as 12.