Harris and her co-author, Ulrich Orth, Ph.D., of the University of Bern in Switzerland, analyzed 52 studies involving more than 47,000 participants (54 percent female) looking at either the effect of self-esteem on social relationships over time or the reverse effect.

“For the first time, we have a systematic answer to a key question in the field of self-esteem research: Whether and to what extent a person’s social relationships influence his or her self-esteem development, and vice versa, and at what ages,” said study author Michelle A. Harris, Ph.D., of the University of Texas at Austin.

Saliently, investigators discovered the reciprocal benefit of self-esteem and close friendships extend across all ages.

Their findings are published by the American Psychological Association and appear in the Journal of Personality and Social Psychology.

The studies, all published between 1992 and 2016, included multiple countries (e.g., 30 samples from the United States, four from Switzerland, three from Germany, two each from Australia, Belgium, Canada, Finland, Greece, Russia and Sweden). 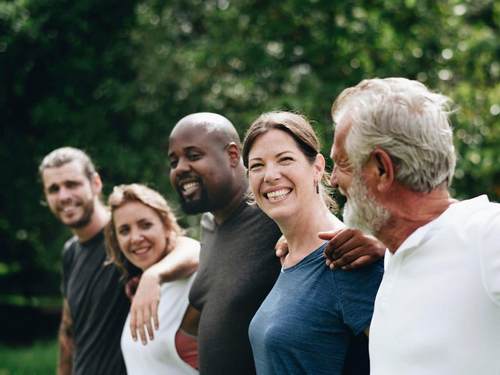 The authors found that positive social relationships, social support and social acceptance help shape the development of self-esteem in people over time across ages 4 to 76.

The authors also found a significant effect in the reverse direction. While earlier research had yielded inconsistent findings, the meta-analysis supports the classic and contemporary theories of the influence of self-esteem on social connections and the influence of social connections on self-esteem. Harris noted the findings were the same after accounting for gender and ethnicity.

“The reciprocal link between self-esteem and social relationships implies that the effects of a positive feedback loop accumulate over time and could be substantial as people go through life,” according to Harris.

However, researchers admit the field is still in need of an integrated theory that can explain whether relationships have a cumulative effect across life; or whether certain relationships become particularly important at certain ages.

When self-esteem or quality of social relationships is low, Harris noted, it can negatively affect the other factor, and set off a downward spiral. When this occurs, clinical interventions are especially important to offset this potentially adverse development.

“The fact that the effect did not differ significantly among studies with different sample characteristics strengthens confidence in the robustness of our findings,” said Harris.

Investigators believe the study is the first step to expand knowledge on the benefit of self-esteem over a lifetime. As the studies reviewed consisted mainly of self-reports, the findings only begin to speak to these groups. Researchers say they look forward to future work oriented towards filling these gaps.