Swiss researchers are leading an effort to ascertain if personality or nonbiological factors may influence the risk of developing Alzheimer’s disease.

Scientists from the University of Geneva (UNIGE) and the University Hospitals of Geneva (HUG), used brain imaging technology and psycho-cognitive evaluations on a group of community-based elderly people over a multi-year period. They discovered that certain personality traits protect brain structures against neurodegeneration.

For instance, researchers discovered people who are less agreeable but with a natural curiosity and little conformism show better preservation of the brain regions that tend to lose volume, both in normal aging and in Alzheimer’s disease.

Investigators believe the findings highlight the importance of taking personality into account in neuropsychiatric disorders. Moreover, the new associations pave the way for more precise prevention strategies against neurodegeneration. The study appears in the journal Neurobiology of Aging.

Alzheimer’s is the main cause of dementia in the elderly and has been thought to be a result of destruction of neuronal networks in brain structures affecting memory. Experts know that physical illnesses such as hypertension or diabetes are associated with an increased risk of Alzheimer’s.

For several decades, Alzheimer’s disease specialists have been trying unsuccessfully to develop therapeutic vaccines that could repair brain damage caused by the accumulation of amyloid. Amyloid is a small protein that, in large numbers, is harmful to the central nervous system, and indicated in the destruction of neurons.

Progress has been slow, however, on slowing the development or progression of the disease. Today, a new avenue of study is beginning to be explored: Would it be possible to limit the damage by acting on non-biological factors? Are some individuals more protected than others because of their personality or way of life?

“Between the destruction of the first neurons and the appearance of the first symptoms, 10 to 12 years elapse,” said Professor Panteleimon Giannakopoulos, a psychiatrist at the UNIGE Faculty of Medicine. 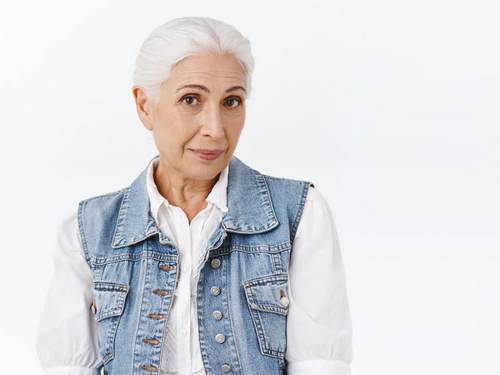 “For a long time, the brain is able to compensate by activating alternative networks; when the first clinical signs appear, however, it is unfortunately often too late. The identification of early biomarkers is therefore essential for an effective disease management.”

To this end, the specialists recruited a large cohort of people over 65 years of age in a longitudinal study. Various methodologies were used, including functional and structural brain imaging, to assess amyloid accumulation and brain volume. Atrophy of certain brain regions is indeed one of the major features preceding memory loss and Alzheimer’s disease.

“In order to get as complete a picture as possible, we decided to look at the outside determinants of brain damage, i.e. the environment, lifestyle and psychology,” Giannakopoulos said. “So we conducted cognitive and personality assessments.”

To ensure the statistical validity of their work, researchers used a restrictive methodology so as to control for possible demographic, socio-economic or psychiatric bias. In the end, 65 men and women were examined several times over a five-year period.

The results are surprising: People who are unpleasant, who are not afraid of conflicts and who show a certain anti-conformity have better protected brains. In addition, this protection takes place precisely in the memory circuits that are damaged by Alzheimer’s disease.

“A high level of agreeableness characterizes highly adaptive personalities, who want above all to be in line with the wishes of others, to avoid conflict, and to seek cooperation,” Giannakopoulos said.

“This differs from extraversion. You can be very extroverted and not very pleasant, as are narcissistic personalities, for example. The important determinant is the relationship to the other: do we adapt to others at our own expenses?”

Another personality trait seems to have a protective effect, but in a less clear-cut way: openness to experience. “This is less surprising, as we already knew that the desire to learn and interest in the world around us protects against cerebral aging.”