The announcement came after Glasgow overtook Moray as Scotland’s Covid hotspot, and an epidemiologist warned the country is seeing a “loss of control” of the pandemic in some areas.

Millions of people Glasgow and Moray will be held at coronavirus alert Level 3 while the rest of Scotland eases to Level 2, Nicola Sturgeon has announced.

The situation in Glasgow is causing even more concern than Moray, but both areas will remain at the higher level for a further week, the First Minister told MSPs at Holyrood.

Latest figures published on Friday showed there were 80.4 cases per 100,000 people in Glasgow in the seven days to May 11, pushing it ahead of Moray where there were 68.9.

Moray saw a surge in cases which started in April and it had the highest rate in Scotland in recent days.

Epidemiologist Dr Deepti Gurdasani has cautioned it would be premature to lift restrictions, and she called for action to prevent the situation worsening amid concerns about the spread of one of the new Indian variants of the virus north of the border.

Public health experts have warned the spike in infections in Glasgow could include the Indian B.1.617.2 variant.

Dr Gurdasani, a clinical epidemiologist and senior lecturer at Queen Mary University of London, told BBC Radio Scotland’s Good Morning Scotland programme on Friday: “The idea is certainly premature, in fact the Government should be considering the opposite.

“In Scotland as a whole we’ve actually seen the number of new cases double in the last week, and while the cases are so low it’s hard to see exponential rises.

“This is what early exponential rises look like and we’re seeing loss of control of the pandemic in many parts of Scotland, and the situation is likely much wider and other places will follow unless action is taken to actually prevent this and pre-empt this now.”

She said the arrival of new variants in the UK is not inevitable and is a result of a “failed border policy”, pointing out that areas which have had comprehensive border restrictions such as Australia, New Zealand, Hong Kong and South East Asia have not imported many of these concerning variants.

The coronavirus variant B.1.617.2, first identified in India, has been designated as a “variant of concern” by Public Health England because it is thought to be at least as transmissible as the variant detected in Kent last year, known as B117, which is now dominant in the UK.

Dr Gurdasani said it is too early to say whether it will lead to an increase in hospital admissions.

She said: “Given there’s always a lag between when infections rise and hospitalisations rise, I would have expected to see a rise in hospitalisations at this point in time so it’s hard to make inferences from that.

“Also, we need to remember in England this variant is growing among young people right now, and this is the same pattern as we saw with the Kent variant where first the growth happens in school-age children and young adults then spreads into older age groups.

“If you look at cases in older age groups they’re quite flat at this point in time, so we’re not really seeing infections in those groups and that might be a vaccine effect or it might just be an effect of lower mixing, we don’t know yet.”

Scotland has recorded two coronavirus deaths and 215 new cases in the past 24 hours, the latest Scottish Government figures show.

It brings the death toll under this daily measure – of people who first tested positive for the virus within the previous 28 days – to 7,664.

Of the 215 new cases, 110 were in the NHS Greater Glasgow and Clyde health board area.

This was followed by 37 in NHS Lothian, 21 in NHS Lanarkshire, 16 in NHS Fife and 15 in NHS Grampian – which covers Moray.

A Scottish Government spokesman said: “We’ve been clear since the beginning of the pandemic that we will continue to follow scientific advice.

“Our plans for careful unlocking take account of the improved situation, while also acknowledging the risks we still face.

“While we intend to take the next steps as a nation together where possible, we stand ready to deploy the revised levels at a more local level if necessary – if prevalence of the virus surges in some parts of Scotland but not others.”

UK has enough Pfizer vaccines for all children over 12 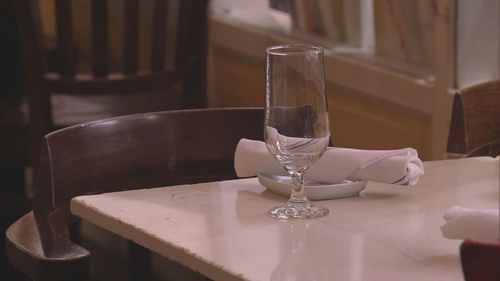 Bring Patience When Dining Out, Many Restaurants Understaffed