Martin Vernon, former national clinical director for older people at NHS England, said he had seen an alarming number of infections among residents who had received one dose of the Pfizer/BioNtech vaccine.

Elderly care home residents should be given their second dose of coronavirus vaccine sooner than scheduled, according to a former NHS England director, amid reports of rising outbreaks.

Ministers have decided to delay giving the second dose of the Pfizer vaccine until 12 weeks after the first dose, along with the Oxford/AstraZeneca vaccine, in a bid to stretch supplies and protect more people due to partial immunity after one dose.

Research suggests the Oxford vaccine does give some partial immunity after a delay of between two to three months but trials for the Pfizer jab did not compare different dose intervals.

In its latest Covid-19 surveillance report Public Health England reported more than 520 Covid outbreaks in care homes. Data on infections among those vaccinated has not yet been published but PHE has launched a national surveillance project to track cases occurring after a vaccine.

Public Health England has said that looking at data for the Pfizer vaccine from day 15 to 21, it calculated it would be effective in around 89 per cent of cases. Pfizer itself has said there is no evidence that the protection lasts beyond the 21 days.

Dr Vernon, a consultant geriatrician in Greater Manchester, told The Independent he was seeing an increasing number of infections among care home residents in his local area who had been vaccinated.

“We have now got a situation where we have offered the vaccine to most residents in my area, we have seen an uptake of around 80 per cent. We are starting to see residents who are positive for Covid-19, some before 21 days since the vaccine, some after 21 days.”

He said elderly people and those with long term conditions can have a poorer response to vaccines with elderly and care home residents underrepresented in clinical trials.

“The fact we have cases is a concern when we have now got an 11 or 12 week delay before the second dose.

“What I don’t want is for the government to take its eye off this vulnerable group,” he said adding that they were not prioritised during the first wave in March last year which he said was down to “ignorance” of the care home sector.

He added: “This time around we are knowingly not giving these care home residents the best opportunity to protect themselves. We know this is a very high risk group who are vulnerable to Covid and death. We have been implementing a vaccination programme that is not fully supported by the evidence. We are taking a risk with these vulnerable people.”

On Twitter she said many if not all residents had been infected, some with serious illness and deaths. She said: “This was not meant to happen. We need to seriously review the second dose decision in care homes now.

“The outbreaks in care homes post single vaccine are far worse than we hoped and expected. It’s not too late for a rethink.”

Dr Eileen Burns,  a geriatrician working in Leeds and a former president of the British Geriatric Society said she too had seen small numbers of post vaccine infections as well as some staff becoming positive a month after their jab.

She said: “Don’t be lulled into a false sense of security. Second doses need to be given asap. As near to the evidential schedule as possible.”

In a statement the British Geriatric Society said it supported the aim of protecting as many people as possible.

It said: “As the vaccination schedule progresses, there has been reporting of some new Covid-19 outbreaks in care homes. We are working with colleagues in the Department of Health and Social Care and NHS to understand the emerging data collected following initial vaccination of care home residents and staff.

“It is too early to say whether this may warrant a re-evaluation of the vaccination policy, but continued close monitoring is essential and the BGS will continually review its position in light of available evidence.”

It added: “No vaccine can deliver 100 per cent protection from Covid-19, and there will be cases where those who have been fully vaccinated with both doses do subsequently contract the virus, though their symptoms are likely to be less severe.

“This can happen where people live in close contact, such as in a care home, and underlines why distancing, mask-wearing and hygiene measures need to be maintained.”

A Department of Health and Social Care spokesperson said: “Through our vaccination programme, over 9 million of those most vulnerable to Covid-19 have had a first dose of the vaccine, which will give them significant protection from the virus.

“We have been clear that no vaccine has ever been 100 per cent effective, and even with a highly effective vaccine it takes 2 to 3 weeks to see the protective effect, and people can still be infected in that period.

“The four UK chief medical officers agreed with the JCVI that at this stage of the pandemic prioritising the first doses of vaccine for as many people as possible on the priority list would protect the greatest number of at-risk people in the shortest possible time.” 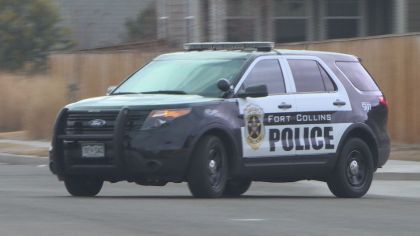