That’s a big reason why Jennings Hester founded the Colorado-based nonprofit Fishing the Good Fight about a year ago. Its mission is to support men’s mental health “using the therapeutic benefits of fly fishing.”

We all know someone struggling with mental health or perhaps you are. Reaching out can be difficult, especially for men.

As Hester explained on CBSN Denver, he wants to destigmatize men’s mental illness and provide resources.

“We wanted to raise awareness through something that men are comfortable doing which is fly fishing,” Hester told CBSN Denver’s Kelly Werthmann. “It’s also in nature and it’s relaxing.”

Fishing the Good Fight also creates and sells high-quality hand tied flies. The items are sold on the nonprofit’s website, but they don’t keep any of the proceeds. Some of the money goes to the Denver-based campaign Man Therapy, which offers support for men working to overcome substance abuse, depression, risk of suicide and more, providing them resources and connections to local therapists.

“We also have a scholarship fund,” Hester explained. “We work to subsidize therapy costs for men because private healthcare typically doesn’t cover mental health costs. It’s expensive. You’re looking at $150-200 a session. So, we look at someone’s individual income, their finances and we help pay for some of their therapy.”

Hester said he came up with the idea for Fishing the Good Fight following his own journey with anxiety and depression.

“I was a college football player. I was what you would consider kind of a macho guy and from the outside looks like he’s living a great life,” Hester said. “But internally, I was struggling every single day. I never knew it was something that could be treated until my quality of life got to a point where I was basically dragged to see a doctor and turned it around.”

He added he really wants more men to be aware of the signs and symptoms, and it’s absolutely okay to ask for help.

“Most men take about 10 years between when they start facing symptoms that are unhealthy and where they have an illness that can be treated,” Hester said. “During that time there’s often significant substance abuse and a lot of times suicide.”

To connect more men to resources and the therapeutic benefits of fly fishing, Fishing the Good Fight is planning unique retreats for when the coronavirus pandemic ends. Hester explained they’re working with a local, licensed practitioner to develop their programming for the upcoming events.

“We’re really excited to be launching retreats this year,” he said. “Working with these guys to understand what mental health looks like, talking about modern masculinity and how that plays in their lives, what they’re struggling with, but then also giving them fly fishing instruction and small group sessions. A whole new group of guys they can speak to about the different things going on in their lives and know that they’re in a safe setting, they have resources and people they can interact with in the future.” 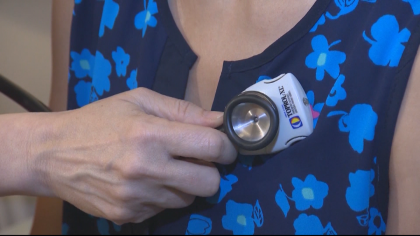 World has lost over 20.5 million years of life due to coronavirus pandemic