The statistics came as it emerged almost 225,000 patients have waited longer than a year for routine operations, with 100,000 patients joining the overall NHS waiting lists, taking it to 4.6 million people.

Almost a third of all the patients treated for Covid in hospital since the pandemic began were admitted in January alone, NHS England has said.

In a sign of how bad the post-Christmas surge in infections was, NHS England reported on Thursday that almost a third of the total, 101,956 patients were admitted to hospital in January alone.

According to Public Health England’s latest surveillance report, the levels of coronavirus infection across the country has continued to fall in the first week of February.

Case rates fell across all age groups, with the highest rate of infection among those aged between 30 to 39 years old at 265 per 100,000 members of the population.

Although infection rates across all regions of England have fallen, the West Midlands has the highest rate at 238 infections per 100,000 people.

The University Hospitals Birmingham Trust, which has one of the largest critical care units in the country, has been forced to airlift patients to hospitals in Newcastle and Southampton in recent days as it continues to experience pressure on its critical care beds.

On Wednesday the hospital had more than 700 Covid patients in its beds, with 166 in intensive care.

The West Midlands continues to have a high rate of admission at 27 per 100,000 people.

In the latest test and trace data, a total of 148,809 people were positive for Covid-19 in England in the week to 3 February, a fall of 24 per cent and the lowest number since 9 December.

Dr Yvonne Doyle, medical director at Public Health England, said: “It is encouraging to see that the sacrifices we are all making are working, however we must continue with our efforts. The good direction could reverse quickly, and the rate of cases and hospitalisations remains worryingly high.

“Hundreds of thousands of people are being vaccinated every day which is fantastic, when you are offered please do take it. For now, please continue to play your part by staying at home and reducing your contacts to a minimum. This is the simplest way to bring down the number of infections and save lives.

Despite the falling rate of infections and patients in hospitals, experts have warned lockdown restrictions should not be lifted too early.

A member of the government’s Scientific Advisory Group for Emergencies, Sir Jeremy Farrar, director of the Wellcome Trust, told the BBC Radio 4’s Today programme on Thursday: “It is not sensible to set a date when restrictions will be lifted – those restrictions can and they will be lifted, but only when the data allows that to be true.”

He added: “Transmission is still incredibly high in the UK. If transmission were still at this level and we were not in lockdown, we would be going into lockdown,” he said.

“There are 750,000 people today in the UK infected, there’s still huge pressure on the NHS and on critical care in this country.”

He said infections needed to be in the low single thousands before the government should consider lifting restrictions. 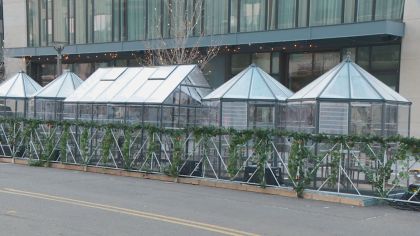