The full safety data and clinical trial results have still not been published by Pfizer and neither has any technical analysis by the MHRA. Its chief executive June Raine told a Downing Street press conference that the public could be confident there had been an “extremely thorough and scientifically rigorous review.”

It would be far better if Pfizer, the government and the MHRA adopted more of a “show not tell” approach.

The head of the UK’s medicines regulator says “no corners have been cut” in checking the safety of the Pfizer coronavirus vaccine which could be injected into patients as soon as next week.

No detailed information was made available alongside it.

The Department of Health confirmed to The Independent it has given Pfizer an indemnity from being sued by patients and that the jab has been authorised under emergency regulations, specifically regulation 174 of the Human Medicine Regulations 2012.

This allows a rapid roll out of unlicensed medicines to tackle a public health emergency such as a pandemic.

But ministers recently changed this law so that the regulations now, for the first time, protect pharmaceutical companies like Pfizer from civil liability in the event of any complications a result of their vaccine being used. 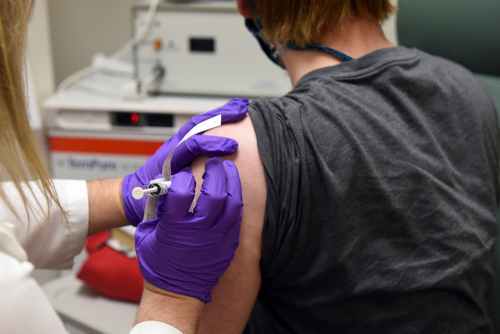 So what do we really know about the safety of the Pfizer/BioNTech vaccine?

In terms of the clinical trial results we only have what Pfizer has announced in corporate press releases. It’s important to note none of the safety data has been published.

It used around 43,000 people in its trials with more than 20,000 getting the vaccine and only mild side-effects were reported. It was 95 per cent effective at stopping the disease.

Such side effects can only realistically emerge once a vaccine is used at a population level involving hundreds of thousands of people which can never be replicated through a smaller clinical trial.

The MHRA has said it will be actively monitoring the roll out of the vaccine through its yellow card reporting system that allows anyone, including the public, to report side effects they believe were caused by the vaccine.

It will also be launching a random patient recall system to actively check on patients who have received the jab.

Vaccines are safe. They save millions of lives a year. But very rarely, complications do happen for some people and when they do, they can be devastating.

During the swine flu pandemic in 2009 the UK rushed into use a vaccine created by GlaxoSmithKline (GSK), Pandremix, which had not gone through the normal testing process unlike the Pfizer vaccine which has. The GSK drug was linked to a small number of patients developing the debilitating condition narcolepsy.

The then Labour government indemnified GSK and subsequent legal action by more than a hundred people is believed to have cost taxpayers millions of pounds in compensation. One of the issues was whether patients had been given enough information to give informed consent when being vaccinated.

For example, much of the literature about the swine flu vaccine was misleading and didn’t inform people that the company had been given legal indemnity or tested in an usual way.

Should people suffer a permanent disability of harm as a result of a vaccine they can seek a one-off payment from the government under the Vaccine Damages Payments Act and the Department of Health has said ministers will add the Pfizer Covid vaccine to the list of vaccines covered by the law later this week.

That is a helpful step.

But the act only pays out £125,000 which could be of little help to someone who, as in the case of narcolepsy caused by the swine flu vaccine, loses their job and their livelihood.

Public confidence is important and making it harder for the minority of people who may suffer a debilitating side effect of the Covid vaccine to get justice seems an odd way of tackling vaccine sceptics.

Peter Todd, a partner at Hodge Jones and Allen, which represented Pandemrix claimants, told The Independent: “I think it would be much fairer if society just stood behind everybody because the chances are actually that the level of adverse reactions will be very very low. Therefore, it really won’t cost very much to make sure that everybody who has it is fully indemnified.

“I think that would have been a better way for the government to promote the vaccination than simply say, ‘You’re all on your own, it’s at your own risk.’ That’s a poor message really and encourages hesitancy which is not helpful in a pandemic.”

He added that patients needed to be given enough information to be able to make informed consent.

“I’d be interested to know why the government have given an indemnity [to Pfizer]. I can only assume it’s because without it, the pharmaceutical company would have been reluctant to actually supply the vaccine.

“I think that people ought to be aware of that because people have got to make a choice about whether they’re vaccinated, or not, they ought to be given good advice and good information in order that they can make the right choices.

“It undermines giving informed consent if you’re not given all the relevant information to make a decision at the time.”

Doubts and questions about the vaccine remain. It appears safe for the majority of people based on the information that has been published to date from the clinical trials and the MHRA’s assessment.

The UK death toll from coronavirus now exceeds 63,000 deaths. With those sorts of numbers it is clear the risk benefit analysis of having the vaccine is hugely in favour of getting the jab.

It is essential to save lives and get the country back to normal.